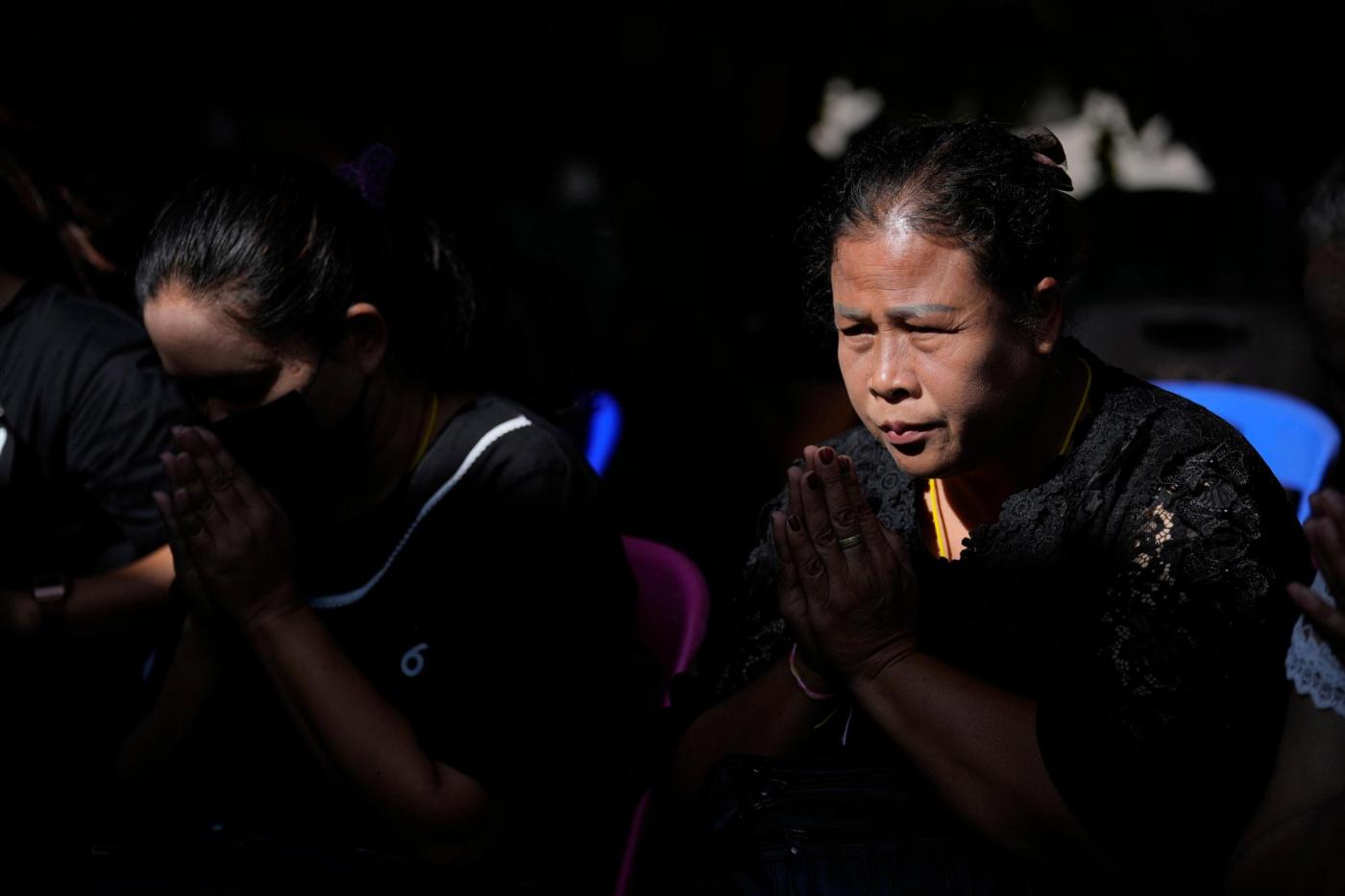 UTHAI SAWAN, Thailand (AP) — The bodies of the many of the young victims whose lives were snuffed out in last week’s massacre at a day care center in rural northeastern Thailand were dressed Tuesday as doctors, soldiers or astronauts — what they wanted to be when they grew up — before they were to be cremated in the evening at Buddhist temples.

The gun and knife attack carried out by a former policeman Thursday on the Young Children’s Development Center in Uthai Sawan killed 36 people, including 24 children.

Families of the victims gathered for the start of a shared cremation ceremony that marks an end to three days of funeral rites. Mourners also placed children’s toys, candles, and incense sticks in front of portraits of the victims at Rat Samakee temple, just 3 kilometers (2 miles) from the scene of the bloodshed.

Volunteer rescue worker Attarith Muangmangkang said his organization arranged for the costumes and assisted the families with changing the victims’ outfits.

“The more we talked (to the families), we realized that these children also had dreams of becoming doctors, soldiers, astronauts, or police officers,” Attarith said. “We provided those uniforms for them.”

Petchrung Sriphirom, 73, was one of many local residents who traveled to the temple to offer condolences to the families and make a small donation to help with funeral costs, which is a common Thai tradition.

“I just want to help our friends and share our thoughts with them,” said Petchrung. “We are not talking about money or anything but rather sharing our thoughts and feelings as a fellow human being,”

Rat Samakee temple will cremate 19 bodies in a simultaneous cremation ceremony Tuesday evening along with two other nearby temples that account for the other victims.

The temples have installed makeshift pyres to deal with the high number of bodies from last week’s massacre, which was the biggest mass killing by an individual in the country’s history.