Todays Though > News > ‘That’s probably been the hardest part’
News

‘That’s probably been the hardest part’ 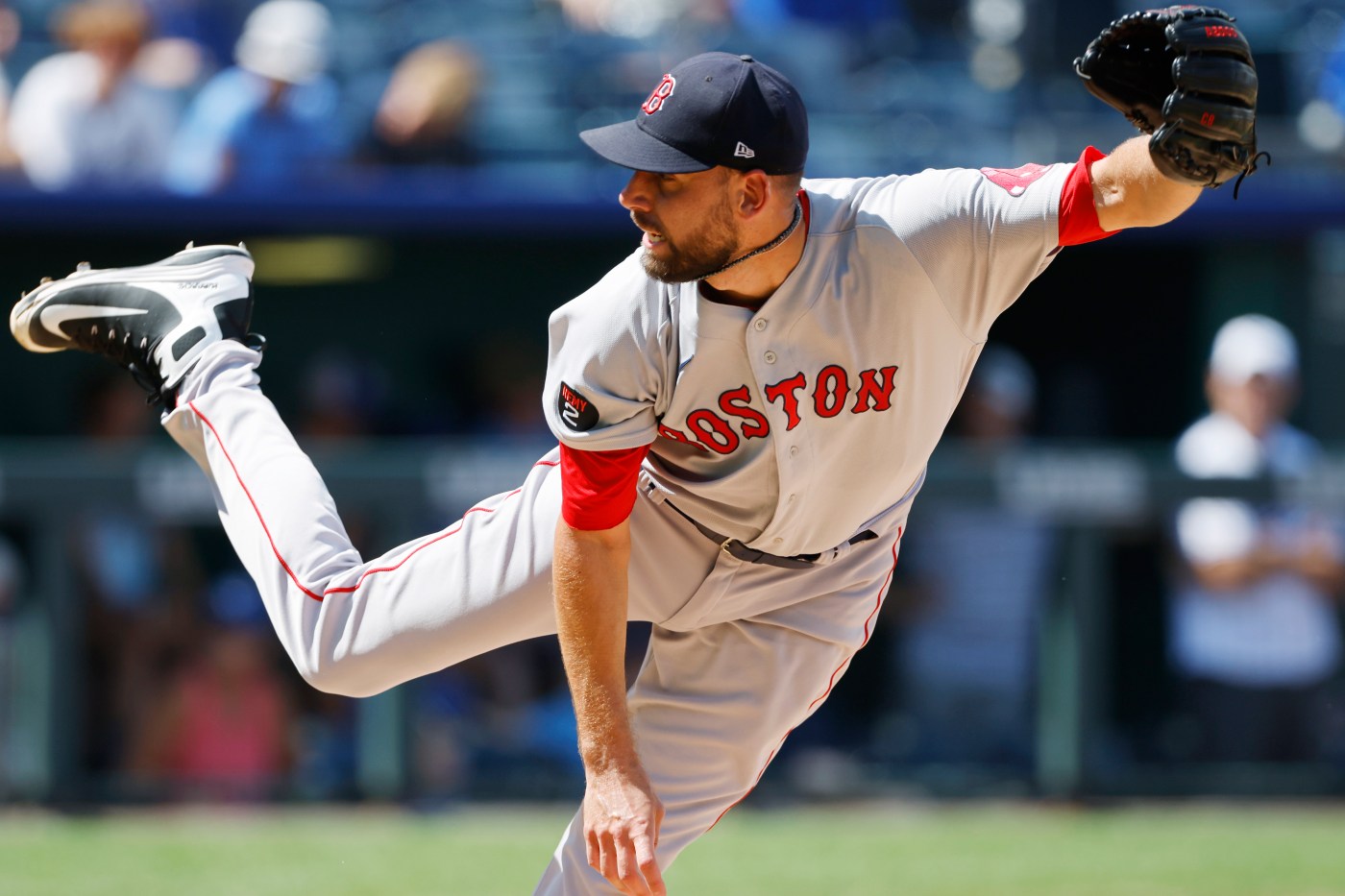 His body convulsed as he walked off the mound, his chest shaking back and forth, his right arm flying through the air and his clenched fist pumping up and down.

When his 96-mph fastball spotted the upper-outer corner to freeze Orioles’ budding superstar Adley Rutschman for strike three, not only did Barnes hold a much-needed 4-3 lead, he also accomplished something remarkable.

For the first time since Sept. 24, 2021, a span of 321 days, Barnes recorded multiple strikeouts in an outing.

“Matt Barnes did amazing,” a very proud Alex Cora said after the Sox win over the Orioles brought them to within 4 1/2 games of a Wild Card spot. “He was amazing today. Made some good pitches, used his fastball. That’s what we need.”

For as happy and relieved as Barnes appeared on Thursday, he’s more than willing to share what he’s been feeling in the 321 days since then: struggle.

He’s spent more than a year enduring putrid performances he had never experienced before in his life, all while feeling the self-imposed pressure to be the guy who could save the Red Sox’ bullpen after signing a $18.75-million contract extension he wasn’t living up to.

“That’s probably been the hardest part,” he said. “A lot of people see the performance side of it or the physical side of it, but they don’t see the highs to lows to highs (of the mental side). It’s just been hard.”

In spring training this March, Barnes arrived in Fort Myers with renewed faith, telling himself that no matter how bad he was at the end of 2021, when he went from being the Red Sox’ All-Star closer to being left off the postseason roster, a “fresh start” and a brand new season would be just what he needed.

Then he started pitching.

It was a realization that froze him the way he had frozen so many helpless hitters the year before.

Just last July, Barnes was at the top of his game. A month earlier, he completed a 20-game stretch in which he faced 80 batters and struck out 40 of them, a strikeout rate that ranked as high as anyone’s in the game.

An All-Star for the first time in his career, he flew to Denver and had a fun time with his family. Pitching in the actual game, when he loaded the bases and nearly blew a 5-2 win for the American League, hardly seemed to matter.

But when he returned to Boston after the break, Barnes was noticeably less effective. And as the season dragged along, his arm dragged with it.

He posted a 6.48 ERA in the second half, lost his job as the Red Sox closer and eventually lost his spot on the active roster altogether.

It was all made worse this spring, when he realized that it wasn’t just a bad second half in 2021, but another year was about to begin and Barnes still felt like he had nothing.

HIs stuff had disappeared.

“The hardest part wasn’t necessarily the command of stuff in the zone because frankly, prior to the start of last year, every once in a while I’ve gotten a little spotty with command,” he said. “I was never a guy who didn’t walk people. But I was able to get through it or overcome it because I had the stuff to strike guys out. That had been my game for five years.”

And suddenly it wasn’t.

For five years from 2015 through ’20, Barnes’ average fastball velocity of 96-97 mph and the electric spin he generated on his curveball made him one of the best pure-stuff relievers in baseball. His walk rate was always a sight for sore eyes — he walked 4.3 batters per nine innings in that span — but it was rarely a problem because he struck out 12 guys per nine innings.

The mental health struggle has “been the most challenging part and one of the hardest parts to fix,” Barnes said. “Mechanically, you can sit there and do reps and eventually it’ll probably come back. But the confidence, the trust, the grind of trying to get back has probably been the hardest.

“And it started at the end of last year. I went from being on top of the world and then didn’t make the postseason roster. That was a wake-up call. That was tough to swallow.”

Worse, Barnes started feeling like he was letting the team down.

The Red Sox have long been a team that thrives with shutdown closers. In their championship seasons, they had Keith Foulke closing games in 2004, Jonathan Papelbon in 2007, Koji Uehara in 2013 and Craig Kimbrel in 2018 as they each ensured that a late-game lead was almost always safe.

But when Kimbrel departed after the 2018 season, the Sox never signed a closer.

Brandon Workman eventually ran away with the job in ’19 and kept it until he was traded to the Phillies in part of the deal that brought back Nick Pivetta during the 2020 season.

Early last season, Barnes was pitching as well as he ever had and became the obvious choice to take the ninth inning.

His stint as Red Sox closer lasted for about four months.

“Obviously, you put pressure on yourself,” he said. “I try to pride myself on taking on the role of being the stopper, being the veteran guy at the back end who can take the guy and get the job done 99% or 98% of the time, whatever it was. And I did that. And then I couldn’t.

“Last year was really the first year I had to take on that role. We always had closers prior to that, whether it was Craig Kimbrel or Brandon Workman for one year or Koji Uehara before that. But having to take that on, and then losing it, and feeling like, not only was it frustrating and tough for me, but that I was letting everybody else down.”

The Red Sox have struggled in the ninth inning ever since.

They’ve blown 22 saves this year, second-most in the majors, and because of it, they were forced to move two of their finest young pitchers, Tanner Houck and Garrett Whitlock, to the bullpen.

Houck is now on the injured list with back inflammation. Whitlock is now in a closer-type role while John Schreiber, who collected a two-inning save on Thursday night, can also play the part.

Thursday’s win never would’ve happened if not for Barnes’ brilliant seventh, when he struck out Ramon Urias chasing a well-executed curveball, then froze Rutschman on a perfectly-placed heater.

Is Barnes back to being the reliever he once was?

He’s not quite ready to say it, but at least he’s smiling again.

He said he wouldn’t have arrived here without the support of his wife, Chelsea, his family in Connecticut and the Sox’ mental skills coaches, Ray Fuentes and Adan Severino.

The struggle was real. It is real. And he’s not afraid to say it.

“There’s a lot of stuff that people don’t see that’s a lot harder than the (expletive) going on between the lines,” he said.

Matt Barnes is fired up 🔥 pic.twitter.com/zJ4mhmwE5n