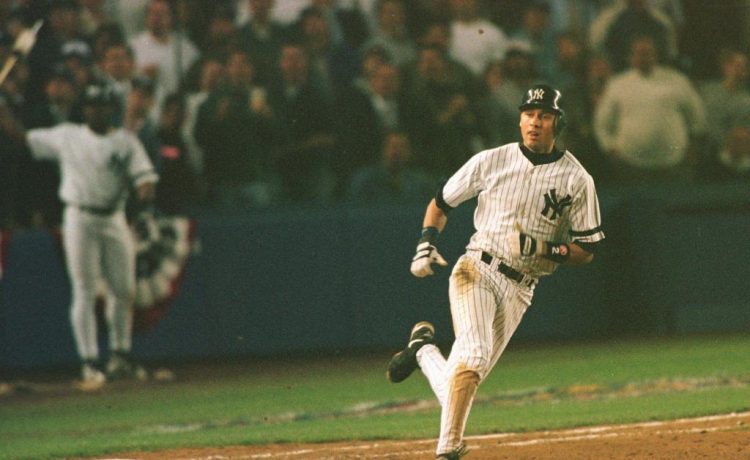 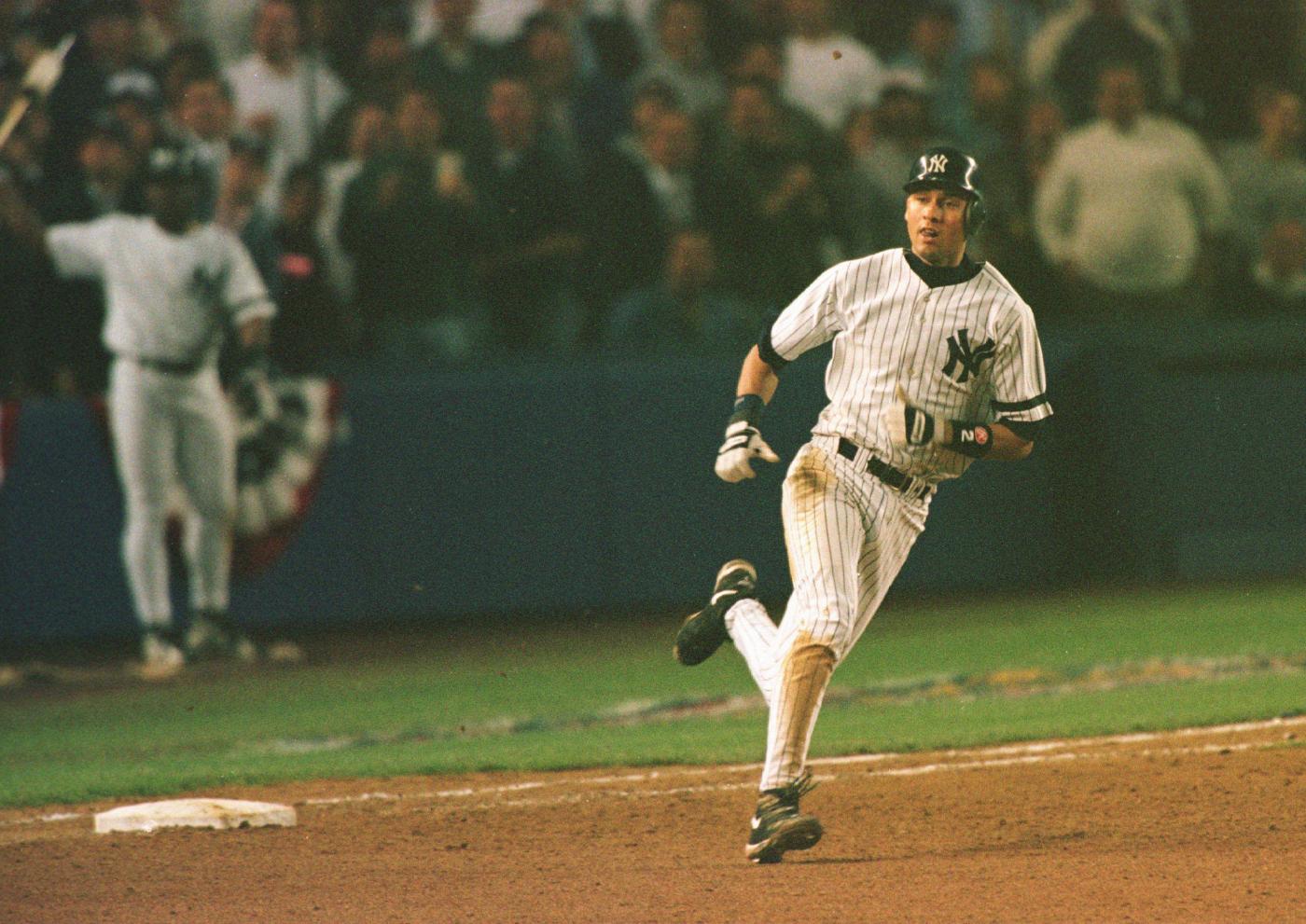 “The Captain,” the ESPN documentary about Derek Jeter, isn’t going to have the impact that the one about Michael Jordan, “The Last Dance,” did when it dropped. We were in the thick of COVID at the time and we were starved for sports, and so over the length of that series we felt as if Michael and his Bulls were suddenly the national pastime.

And in the middle of it all was Michael, the star of everything all over again. There he was smiling, making faces, still talking trash, occasionally sipping tequila, taking us back to his glory days in Chicago, pulling back the curtain to even show his humanity and grief and pain after the death of his father, the whole thing driven by his anger over the Bulls being deconstructed by Jerry Reinsdorf, the Bulls owner, and general manager Jerry Krause.

One last time, this one last dance, Michael was something to see.

But so too is Derek Jeter something to see and hear in what we’ve seen of the “The Captain” so far.

People always wanted Jeter to talk. People wanted him to pull back the curtain after a career when even Yankee fans remember him saying hardly anything memorable. Now he does. And what we see, just off the first couple of episodes, is who he is and why he mattered as much to Torre’s Yankees; why he will always matter to Yankee fans as much as he does.

Was he as good at baseball as Michael was at basketball? He wasn’t. It didn’t matter then and it doesn’t matter now. He played the part of Derek Jeter as well as Babe Ruth played his when he got to New York, as well as Joe DiMaggio did, every bit as well as Mickey Mantle did in the 50s and 60s, when Mickey was the ballplayer every Yankee kid wanted to be.

It doesn’t matter where you want to rate him on the list of great Yankees after Ruth. Did they have better all-around players? They did. But Derek Jeter was great at being Derek Jeter, and that is what mattered. Joe Torre was a star of those Yankee teams, Mo Rivera was a star. There were other guys who could hit the ball over the fence and field and throw perfect games. But everything that happened from the time Jeter ran out to shortstop in 1996 as a kid, started with him. The number one story on a Yankee team that really was thisclose to maybe winning seven World Series in a row – and playing nine Series in a row — was the kid from Kalamazoo who finally became the captain.

And now he finally lets his guard down, about his former friend Alex Rodriguez (whose disingenuousness about what happened to that friendship is almost breathtaking) and how he hasn’t forgotten what was said about him in his first arbitration meeting. One of my favorite moments, at least so far, is when he’s talking about Jeffrey Maier reaching over the wall and gloving a ball that Jeter had hit against the Orioles and will be in the books as his first really big October home run forever.

“Tony (Tarasco, the Orioles right fielder) should have jumped,” Jeter says, smirking directly into the camera.

And when you look at the replay again, all this time later, guess what? Jeter is right.

I don’t expect “The Captain” to get the kind of ratings that “The Last Dance” did, or anything close to the attention. As remarkable as Jeter’s career was, the five World Series the Yankees won with him at shortstop, he was never the figure in America, certainly around the world, that Michael was. As many magical moments as Jeter provided, the face plant into the stands to catch a foul ball one night against the Red Sox and The Flip that saved October once against the A’s and the home run that turned him into Mr. November, there was never the magic to his game that Michael had, the sense of wonder that Michael inspired.

But he is every bit the winner that Michael was, even if Michael won one more NBA title than Jeter won World Series. He absolutely mattered as much as any Yankee had since Ruth, who inspired as much wonder as any slugger in baseball history ever has. He didn’t care about stats, even if he sure did want to get paid. He was just obsessed with one thing, as much as any great Yankee ever was:

We can already see in “The Captain” why Alex Rodriguez, whatever his gaudy stats were, as gifted as he was even when he wasn’t juicing, was out of his depth and out of his league playing next to Jeter once he got to New York. Alex still wants to blame what happened to their once-close relationship on outside forces: “People got off on driving a wedge between Derek and I.”

He still doesn’t get it. All he needs to do is go back and look at the things he and his chirpy agent Scott Boras said to writer Scott Raab in the famous Esquire profile of Alex back in the spring of 2001.

After Alex and Boras stop mean-girl trashing me because I’d hurt Alex’s feelings on “The Sports Reporters” — “The thing about Mike Lupica that pisses me off is that he makes me look like the biggest *#&%*& in the world and then he takes a guy like Jeter and puts him way up there” – they both get around to Jeter.

“Jeter’s been blessed with great talent around him. He’s never had to lead. He can just go out and play and have fun. And he hits second, that’s totally different than third and fourth in the lineup. You go into New York, you wanna stop Bernie and O’Neill. You never say, Don’t let Derek beat you. He’s never your concern.”

Nearly 20 years later, Rodriguez still seems shocked that Jeter isn’t willing to let bygones be bygones about a comment like that. So say it again, the way Jeter does:

“Loyalty one way is stupidity.”

Jeter was loyal to himself, to the Yankees, to the city, to the stage. His Yankees were Jordan’s Bulls, at the same time in American sports. Jeter wasn’t the kind of star Jordan was. But he was the Yankees’ star, and New York’s star. As we watch this documentary, and relive those days, that is still more than enough.

Maybe my favorite bit of dim-bulbery from Boras in the Esquire piece, apart from when he just made things up about my career, is when he says this:

“This year he (me) is gonna find out why they won.”

Alex went to Texas and the Mariners scraped by winning 116 games without him.

The Astros are the Bogey Man to the Yankees, aren’t they?

If the Astros needed to steal signs to beat the Yankees in ‘17 and ‘19, how does everybody explain what’s happened since then?

Maybe this is the year the Yankees, if they get the chance, finally get the Astros in the postseason.

Or maybe the Yankees can’t get past the Astros the way the Knicks of the 90s couldn’t get past Michael.

It is truly amazing listening to all these people grabbing at Saudi blood money with both hands in golf trying to turn the whole thing into a sacrament.

While everybody was obsessing about Rory at the Old Course, Cameron Smith shot 64 the last day to win and Cameron Young, the kid from Sleepy Hollow, shot 65 to finish second, as they both passed Rory in the end.

Sometimes the second-to-last group at a major championship turns into the last group.

But they maybe ought to think about shortening it by a round.

Agree with my buddy Barry Stanton, though, that having pitchers and catchers mic’d up at the All-Star Game the other night was a cool move by Fox.

Ask yourself this question about Deshaun Watson, because we all need to keep asking it until he gets the suspension his behavior merits:

Are all of those women lying?

Did they all just drop out of the sky to tell the same story about Watson dropping his towel?

Across four nights in October one time, David Ortiz did as much to change Yankee history as anybody ever did in a single October.

On the subject of that mutt Steve Bannon, I’ll use a line I heard one time, can’t recall from whom:

Who doesn’t have black helmets now in the National Football League?

They can give next year’s Jimmy V award at the ESPYs, the one Dick Vitale so richly earned the other night, to Chris Evert right now as far as I’m concerned.

If the Yankees do trade for Juan Soto, and they do keep Aaron Judge, what’s the payroll going to be in a few years, three gazillion and a half?