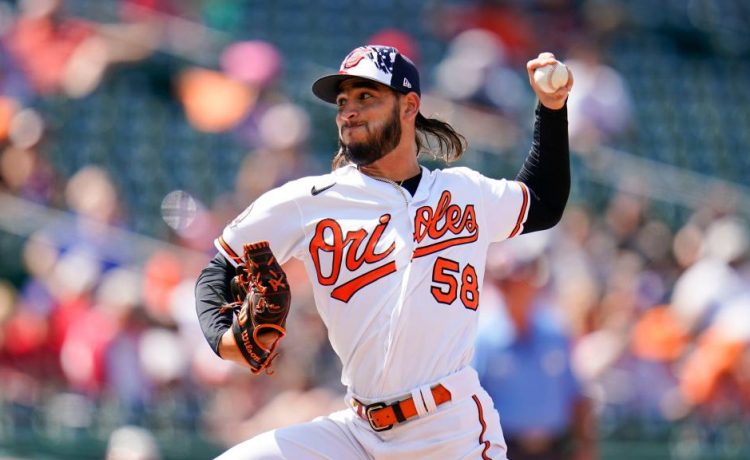 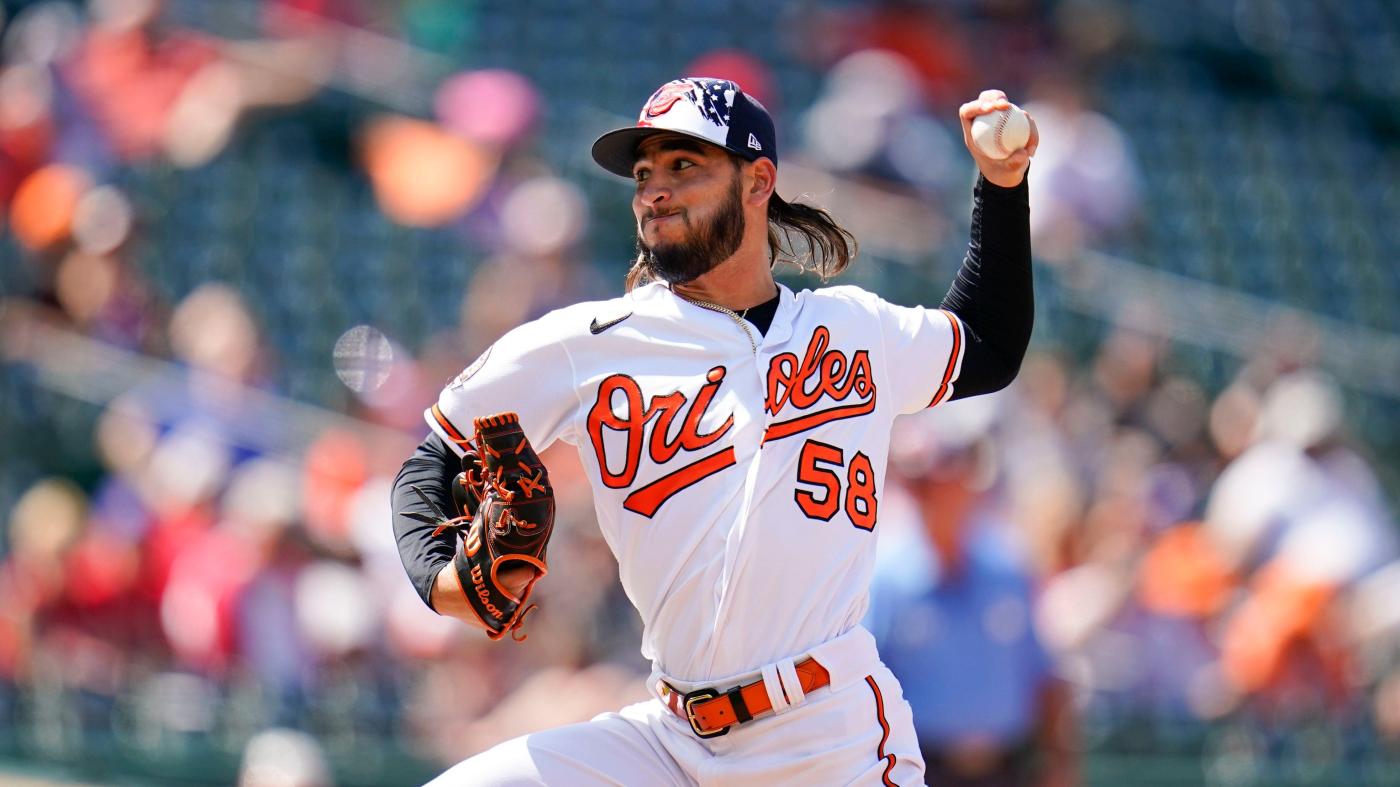 Before the Orioles began the second half of the season Friday night, manager Brandon Hyde said he felt no need to discuss with his players their playoff positioning. He had no interest in muddying the vibes they have created for themselves.

“I don’t want anything to change,” Hyde said.

But change, surely, is coming. The trade deadline is Aug. 2, and the Orioles, at 46-47 after Friday’s 7-6 loss to the New York Yankees, are last in the American League East, though they’re within a handful of games of a playoff spot in a crowded wild-card race.

This week, with two more games against the Yankees before a four-game series with the Tampa Bay Rays, will likely go a long way in determining how much the Orioles are willing to buy or sell at the trade deadline. A scenario in which they do both is certainly plausible.

Still, during his tenure as the Orioles’ executive vice president and general manager, Mike Elias has rarely held onto pending free agents. The Orioles have a couple more such candidates as this year’s deadline approaches, as well as a handful of controllable players that teams might have an interest in.

With the deadline 10 days away, here’s a look at the cases for and against the Orioles moving each of their trade candidates.

Case for: Most conversations about the Orioles’ trade deadline center on Mancini, the team’s longest-tenured player. In spring training, he and the Orioles avoided arbitration with a contract that includes a mutual option for 2023, but Mancini has always been clear it’s rare for both sides to pick those up. In that sense, Mancini is heading for free agency, and the Orioles might be inclined to get something for him instead of letting him leave without a return, though a defensively limited rental likely won’t produce a haul.

Still, on top of whatever prospects would come to Baltimore, trading Mancini would open at-bats for players who are expected to be part of the team’s future. Whenever Adley Rutschman gets a game off from catching, Hyde has to sit one of Mancini, Cedric Mullins, Ryan Mountcastle, Austin Hays or Anthony Santander — Baltimore’s central offensive core — to get Rutschman in the lineup at designated hitter. Mancini’s absence would clear regular space for Rutschman in the lineup, while potentially allowing prospect Kyle Stowers to get an extended major league stint.

For Mancini, a trade would possibly give him the opportunity to play his natural position of first base as a regular for the first time in his career. He spent his first several seasons in Baltimore playing corner outfield, and he’s served as Hyde’s designated hitter nearly twice as much as his first baseman. It would also give him a couple of months with a home ballpark that isn’t designed to take home runs away from hitters like him, potentially giving his numbers a boost as he enters free agency.

Case against: There are few players who have endeared themselves to a fan base more than Mancini has, both with his personality and his play.

He missed the 2020 season recovering from stage 3 colon cancer, returning as an advocate for awareness of the disease. When he was announced as a participant in the 2021 Home Run Derby, he said he was most looking forward to showing the event’s audience what could be achieved after a cancer diagnosis and chemotherapy. Then he went out and finished as the runner-up.

Mancini has said that the team’s stretch of strong play has left him “at peace” with the possibility of being traded, having seen the club’s young core blossom from prospects to legitimate major league producers. But the Orioles’ performance likely would make a trade of Mancini even more difficult for fans to accept, as the club would be moving on from a player central to the team’s recent success. Baltimore’s rebuilding process has received negative publicity throughout, but even as the tides begin to turn, trading Mancini would induce the largest outcry yet.

Case for: Lyles joined the Orioles this offseason on the largest contract Elias has given to a free agent during his tenure, one that included an $11 million team option for next season. There are no guarantees that gets picked up, leaving him as a possible free agent.

He’s been the exact type of pitcher that contending teams seek for the back of their rotation, a veteran who can work deep into games and minimize innings required from the bullpen.

The return for a Lyles trade wouldn’t be exciting, but such a move would open a rotation spot for left-handed pitching prospect DL Hall — if the Orioles haven’t carved out one for him already during their upcoming series against the Rays. Other arms in the system who have started before for Baltimore — Kyle Bradish, Bruce Zimmermann and maybe even Matt Harvey — could fill the innings hole created by Lyles’ absences.

Case against: With Tommy John elbow reconstruction surgery ending John Means’ season after two starts, Lyles has become the leader of the Orioles’ pitching staff. His rotationmates wear shirts featuring his face and the words “Best Dad Ever,” though the 31-year-old was in first grade by the time most of them were born. He’s taught the other starters how valuable it is to pitch deep into games, with his “for the boys” mantra helping the Orioles’ inexperienced starters and their surprisingly successful bullpen.

Lyles has never spent a full season on a winning team. With Baltimore, he has the chance to do that as a steadying force atop their rotation.

“Honestly I don’t think about it,” Lyles said of the trade deadline. “I’m too worried about trying to put a quality start and try and get some innings for the guys, and until that day comes, if it ever comes, I’m trying to be the best Oriole I can be.

“I just want to win. Hopefully we continue to stay where we’re at and have a chance at the end of the season. I just want to play some exciting baseball.”

Case for: López’s move to the bullpen led to an All-Star campaign, one in which he’s consistently flashed high-velocity sinkers as Baltimore’s closer. He’s thrived in the role, showing other contenders the capability of handling late-inning situations.

With López having two more seasons under team control beyond this one, the Orioles would welcome a strong return for López if another team is desperate enough for a setup man or closer, and teams are always looking for bullpen help at this time of year.

In 2020, Elias traded reliever Mychal Givens — who didn’t handle closing as well as López has but had more bullpen experience — to the Colorado Rockies for three prospects: infielder Tyler Nevin, who has spent much of this year in the majors; infielder Terrin Vavra, who’s having a tremendous season at Triple-A Norfolk; and Mishael Deson, an intriguing outfielder with Low-A Delmarva. López has one more year before free agency than Givens did at the time.

Losing López would leave a hole at the back of the Orioles’ bullpen, but each of Félix Bautista, Dillon Tate and Cionel Pérez have pitched well as his setup men and might be able to handle the closer role.

Case against: There’s no guarantee that the Orioles would be able to have the same bullpen success without López. Hyde has been able to deploy relievers in more clear roles than he has any of his previous three seasons, and that routine and expectations could be a factor in their performance.

It’s also difficult to replace a pitcher who has performed as well as López has, with a 1.62 ERA and 17 saves in the first half earning him an All-Star selection. It’s an impressive turnaround for a player Baltimore acquired on waivers in the middle of the 2020 season who then primarily struggled in their rotation.

He’s also played while his 9-year-old son, Mikael, has been in and out of hospitals with autoimmune disorders. The Orioles trading López and his admirable backstory fresh off his All-Star selection would be tough for the fan base to accept.

Case for: Much like Mancini, trading Santander would open opportunities for both Rutschman and Stowers. Santander won’t be a free agent until after the 2024 season, so moving the veteran outfielder would possibly net a bigger return.

He was the Most Valuable Oriole in 2020′s shortened season, with what seemed to be a breakout performance ending prematurely because of an oblique injury. He hasn’t been the same player since.

His defense has taken a massive step back. After being a Gold Glove finalist in 2020, he’s posted minus-11 Outs Above Average over the past two seasons, according to Baseball Savant. The combination of more at-bats for Rutschman and the permanent arrival of Stowers in the lineup and the field could allow the Orioles to easily replace Santander while adding talent to their farm system.

Case against: Since joining the Orioles permanently during the 2019 season, Santander has been a fixture in the middle of Hyde’s lineup, with his switch-hitting ability helping to balance it. This year, he’s posted a career-best on-base percentage thanks to a spike in walk rate while displaying a powerful bat, including a three-run homer Friday.

Trading a player who has spent years at the center of the rebuild would be an unwelcome signal about the team’s competitive timeline.

The rest of the bullpen

Case for: López isn’t the only Orioles reliever exceeding preseason expectations. As noted, Tate, Bautista and Pérez have all thrived in setup roles, while Keegan Akin and Joey Krehbiel have also been solid all year. Bryan Baker is pitching strong of late, too. Like López, the Orioles claimed Pérez, Krehbiel and Baker on waivers. Selling high on any them could be a net gain.

Case against: There’s little reason for the Orioles to mess with a good thing, with their bullpen being what Hyde and players point to the most in describing what’s led to their success. Of this non-López group, only Tate is arbitration eligible after the season. Baltimore could keep this bullpen core together for years to come.