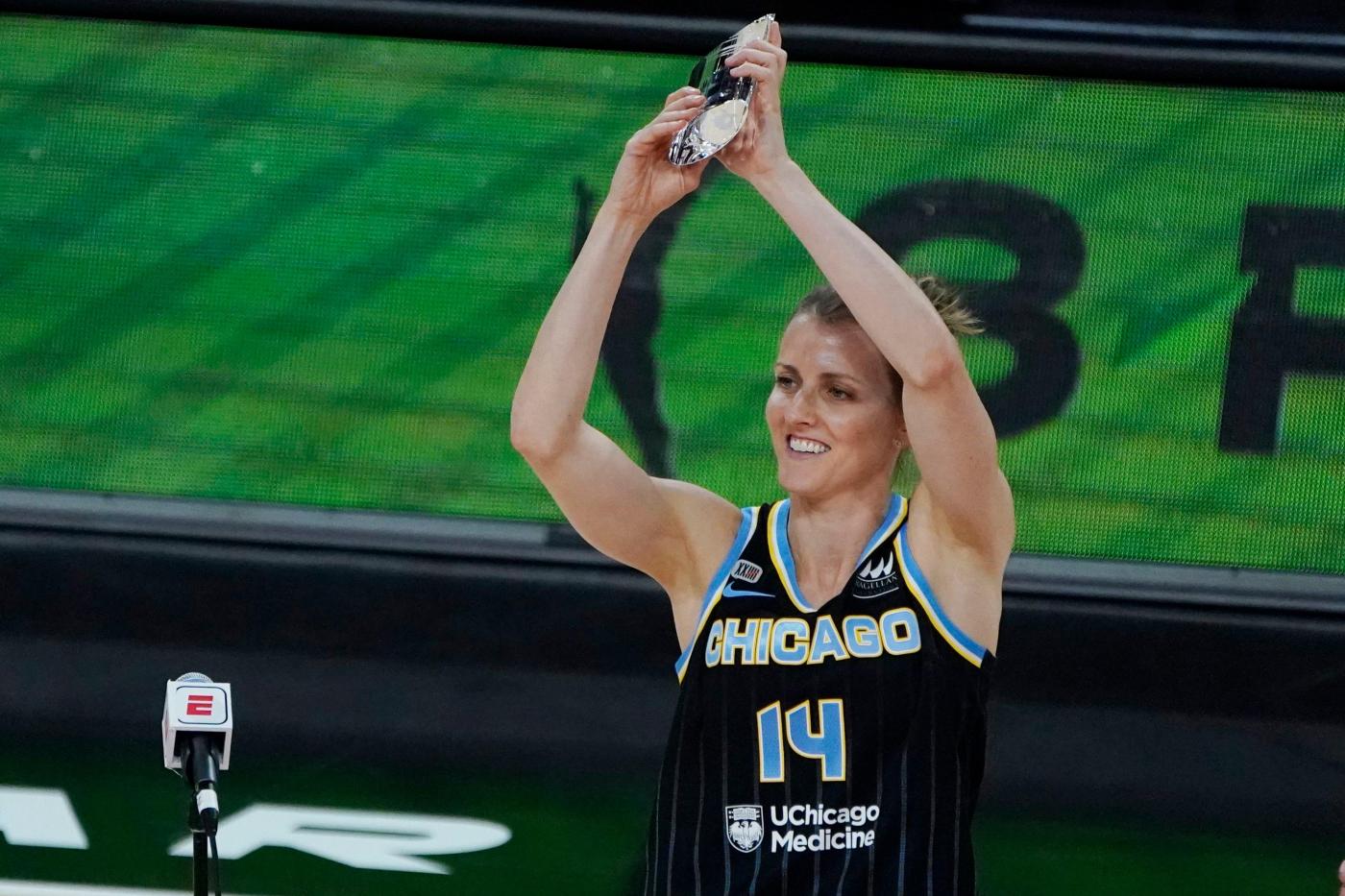 The last time Allie Quigley participated in the 3-point contest, she was booed.

It wasn’t because of a poor performance last year. Quite the opposite.

It was because she went in front of a raucous crowd at Michelob ULTRA Arena in Las Vegas after winning the competition and declared she wasn’t going to compete in another 3-point exhibition.

A year later, Quigley is already lifting her self-imposed embargo.

The three-time All-Star said before the Sky’s 81-78 road loss to the Minnesota Lynx on Wednesday that she would compete in this year’s contest, which will take place Saturday at McCormick Place’s practice court.

“Everybody was talking to me nonstop about it,” Quigley said after the game. “I didn’t want to let the city down or my family and friends down. It’ll be fun and it’s nice that it’s at home. It’ll be a good experience.”

If Quigley wins the 3-point contest, she will become the first WNBA or NBA player to win on four occasions (she won in 2017-18 and 2021). She is tied with Larry Bird and Craig Hodges as the only WNBA or NBA players to win at least three.

Quigley wasn’t aware of her connection to the NBA legends when asked about her place in All-Star Game history.

“I had no idea that was a stat but to be in the history books would be amazing,” Quigley said July 1. “Now I’m going to have that in the back of my mind if I do it.”

The rest of the field for both the 3-point contest and the skills challenge hasn’t been announced. However, Sky forward Azurá Stevens told the Tribune on July 1 she would be open to following Quigley in the shootout if invited to participate.

Stevens has converted 38.2% of her 3.4 attempts per game from long-range this season. She said she has been asked by a few people if she wants to participate. If the league gives her the OK, she would compete against her teammate.

As local fans push for having as much Sky representation as possible at this year’s All-Star weekend in Chicago, Rebekah Gardner is open to competing in the skills challenge. After going undrafted in 2012, the 31-year-old rookie burst onto the scene this season for the reigning champs and has proven to be one of the most athletic wings in the league . Her 1.447 points per possession in transition rank in the 96th percentile across the WNBA, according to Synergy Sports Tech.

Gardner’s ability to get out on the break might make her a perfect candidate to partake in the skills challenge.

“I couldn’t say no,” Gardner said July 2 before the Sky’s 91-75 win over the Phoenix Mercury. “If they asked me, I would definitely do it.”