The dismantlement of the 2016 Chicago Cubs was planned – Boston Herald 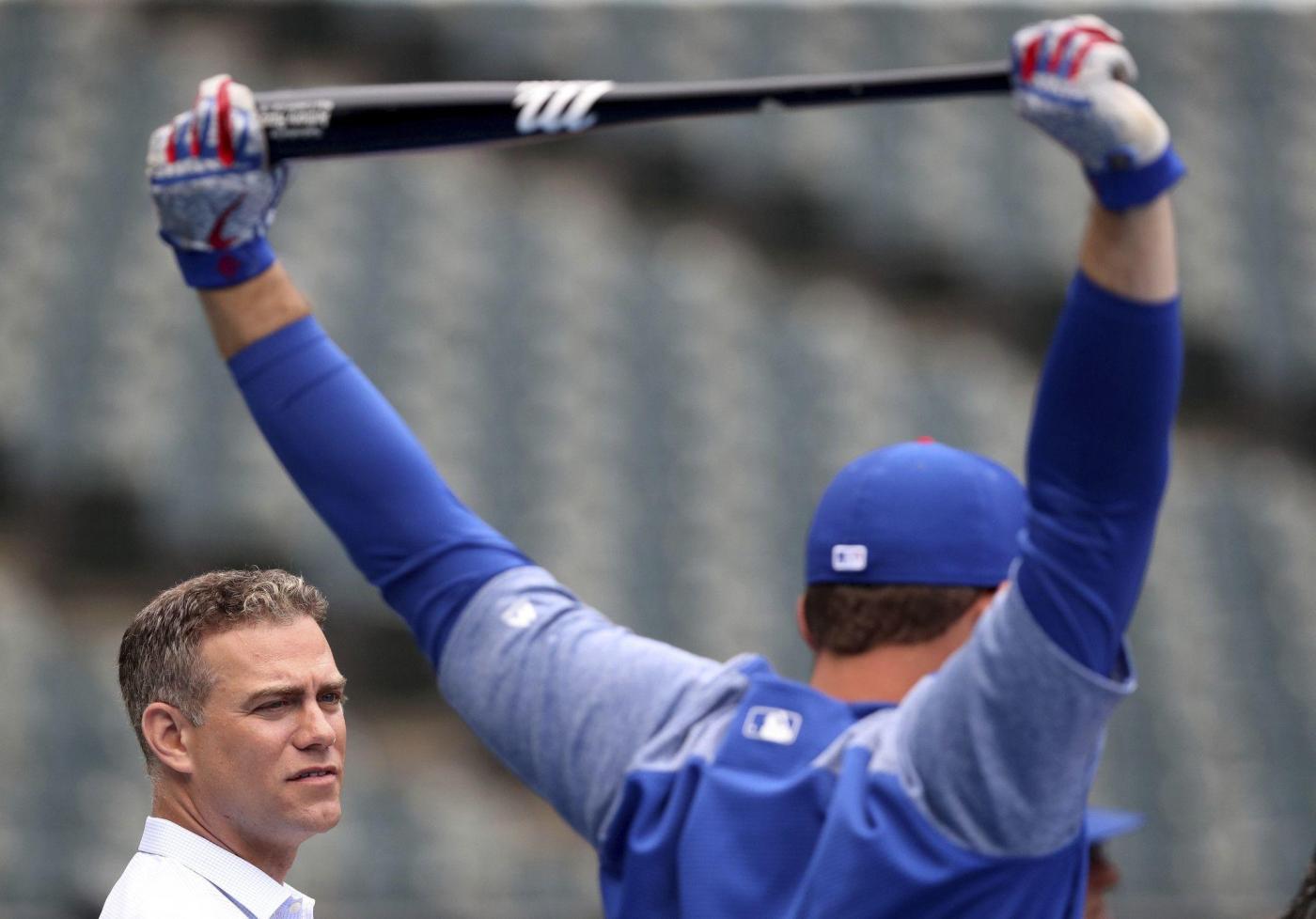 In 2011, Theo Epstein signed a contract as president of baseball operations for the Chicago Cubs and made a promise to lifelong Cubs fans that he would end the team’s 100-year World Series drought. After five years, Epstein delivered on his promise when the Cubs won the World Series, but since then, they have not gone back.

Instead, Epstein took matters in his own hands and made a mess out of the Cubs through his relationship with baseball executive Larry Lucchino, the treatment of veteran players like Jason Heyward and the acquisitions of free agents like Yu Darvish, which all led to current President Jed Hoyer trading the core of the 2016 Cubs team.

This team did not start with a player or a coach; it started with Epstein, Hoyer and scouting executive Jason McLeod. While in high school, Epstein had always dreamed of working for the Boston Red Sox. He began his career by interning with the Baltimore Orioles, where Lucchino, then the Orioles president, recognized Epstein and his work. When Lucchino moved on to become president of the San Diego Padres, he took Epstein with him, and Epstein eventually became director of baseball operations.

In 2001, Lucchino left the Padres and became president of the Red Sox. Epstein followed Lucchino and was granted the position of general manager while Hoyer took over as assistant general manager.

In 2005, a year after the Red Sox won the World Series, Lucchino and Epstein had a falling-out. Epstein and Lucchino’s differences could not be put aside, and Epstein resigned with only hours remaining on his deal. In addition to Epstein resigning, he failed to re-sign Red Sox leadoff hitter Johnny Damon. (Similarly, after the Cubs won the World Series in 2016, Epstein also failed to re-sign Cubs leadoff hitter Dexter Fowler.)

With Epstein absent, Hoyer made a key trade for the Red Sox that sent prospect Hanley Ramirez and pitchers Anibal Sanchez and Jesus Delgado to the Marlins in exchange for pitcher Josh Beckett and third baseman Mike Lowell. This trade proved to be very valuable for the Red Sox, with Beckett finishing his 2007 season with a 20-7 record and a 3.27 ERA. Lowell also had a successful 2007 season, accruing 191 hits, a .324 batting average and a .378 on-base percentage. This 2007 season was capped off with a successful World Series run that made this specific trade an important one.

The plans began to take shape during Epstein’s tenure with the Red Sox when he and Hoyer began working with scouting director McLeod. In 2007, the Red Sox drafted first baseman Anthony Rizzo. In 2009, Hoyer signed with the Padres to become general manager, and soon after, McLeod became Hoyer’s assistant. On Dec. 4, 2010, the Red Sox traded Rizzo to the Padres for first baseman Adrian Gonzalez.

In October 2011, Epstein became Cubs president of baseball operations. Here, he hired Hoyer and McLeod as general and assistant managers, respectively. They then jump-started the build by acquiring Rizzo from the Padres.

Instead of taking care of the young talent from the farm systems, Epstein signed free agent Heyward to an eight-year, $184 million deal. Instead of using the farm systems and calling up players such as Eloy Jimenez and Dylan Cease, Epstein felt that he needed to go after players that were already solidified veterans in the MLB and instead traded the farm.

In 2018, the Cubs signed Darvish to a six-year, $126 million deal. This was possibly Epstein’s worst signing: Darvish appeared in only eight games in his debut season due to injury.

In November 2020, after the resignation of Epstein, Hoyer took over as president, and his first move was to send Darvish to the Padres. The foul play that may have been suspected was Darvish’s revolutions per minute. For example, in 2017, 2018 and 2019, Darvish’s cutter averaged 2,650 RPM. But, in 2020, Darvish’s cutter was averaging 2,776 RPM, nearly a 130 RPM difference. During the 2021 season with the Padres, Darvish posted a 7-2 record with a 2.44 ERA, but once the MLB implemented the new foreign substance rule, Darvish finished the second half posting a 1-9 record with a 6.65 ERA. Therefore, Hoyer’s instincts could be correct, and he had to make a key decision on whether to keep Darvish.

Five years later, the 2021 season would mark the end of an era for Cubs fans across the world because it was the season in which the 2016 Cubs were officially dismantled. Players such as Rizzo, Kris Bryant, Javier Baez and Kyle Schwarber were traded to teams across the MLB. With those players traded, the plan has been completed, and the rebuild has begun.

Vincenzo Mario Santoro is a statistics and analytics baseball coach at Triton College in River Grove.

Submit a letter, of no more than 400 words, to the editor here or email [email protected].