The Knicks have been the definition of average – Boston Herald 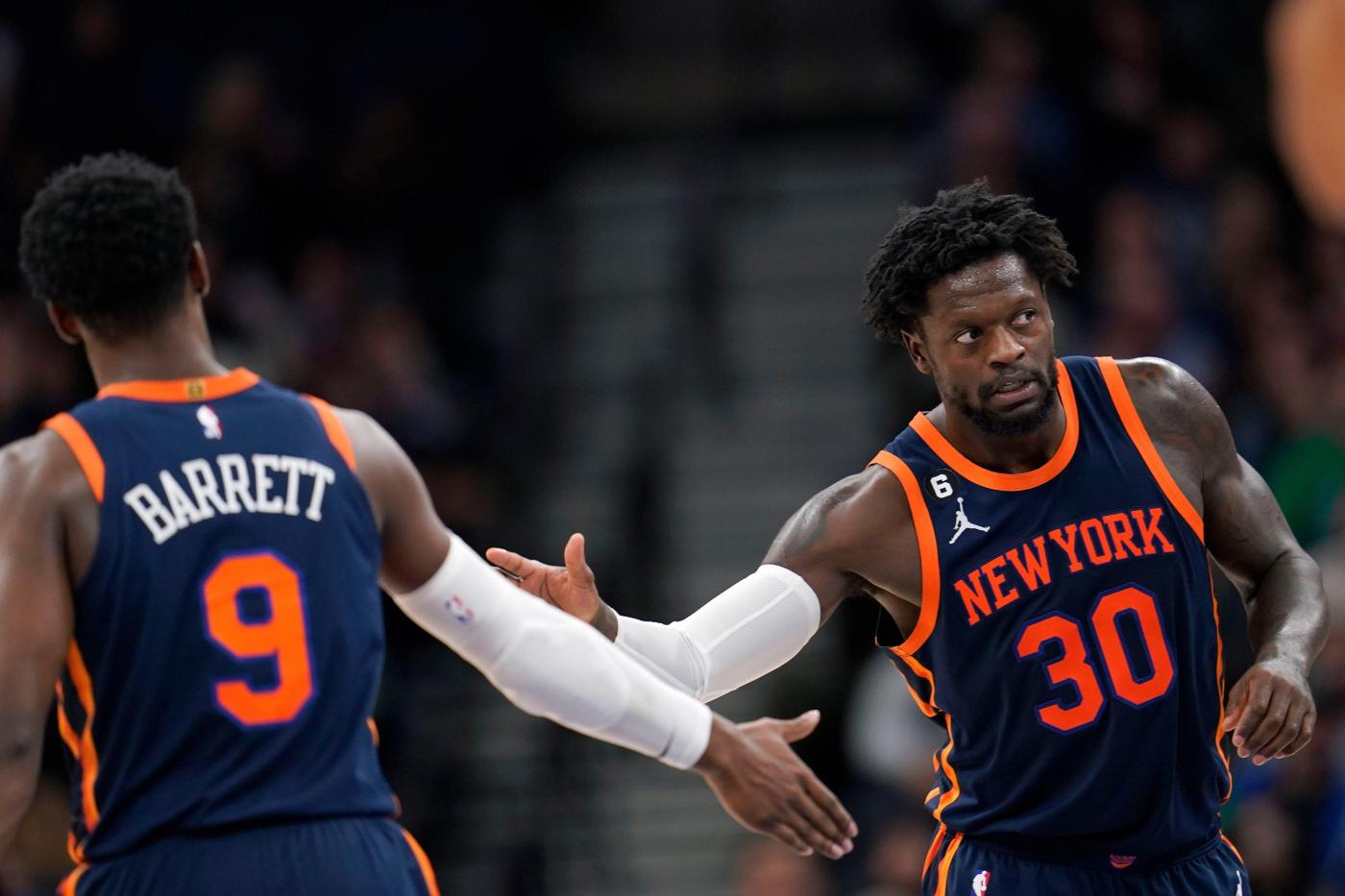 The first coach I ever covered as an NBA beat reporter, Avery Johnson, was fond of saying in a distinct Louisiana accent, “Bondy [emphasis on the ‘B’], we don’t overreact to one game. We look at the schedule in 10-game increments.”

Well, the Knicks just finished their 10th game of this campaign, and the only assessment from Johnson or anybody else should be this: the Knicks have been overwhelmingly average.

The evidence starts with a 5-5 record but delves much deeper into the stat book. Their 1,150 points allowed exactly equal their points scored. Their net rating is 16th in the NBA out of 30. They are 5-0 against teams currently with a losing record, and 0-5 against opponents now with a winning record.

Their record against the East? 4-4

Taking out the statistical symmetry, this was, in many ways, expected from the Knicks. Their over-under odds hovered around 39 wins before the season, which would be a small improvement from the 37-45 mark from last season.

The biggest surprise of the opening 10 games was Tom Thibodeau’s genuine commitment to playing fast. The Knicks were 29th in pace last season, dead last in 2020-21, and are now up to 13th.

It was a stated goal from training camp and the Knicks followed through.

“They’re playing faster this year,” acknowledged Hawks coach Nate McMillan. “Getting up and down the floor.”

The other positive was Jalen Brunson, a consistent offensive presence who has proven apt at being the lead guard. The rest of the roster was hit-and-miss. Average. Julius Randle, for instance, could catch fire and drop 31 points in 33 minutes like Monday, or he could shoot 4-for-12 with four turnovers like last week’s loss to the Hawks.

A couple of Knicks — ahem, Evan Fournier and Derrick Rose — were mostly bad and had their roles reduced. The biggest rotation developments were Fournier moving out of the lineup and Mitchell Robinson’s injury creating an opening at starting center.

But these are average issues on an average team — much less explosive than the drama surrounding Wednesday’s opponent, the Brooklyn Nets, who already fired the coach and won’t accept their star point guard back until he completes a list of sensitivity training chores.

‘Good’ is a little bit optimistic for Knicksland. It’s been more like average. And it can only go up or down from here.