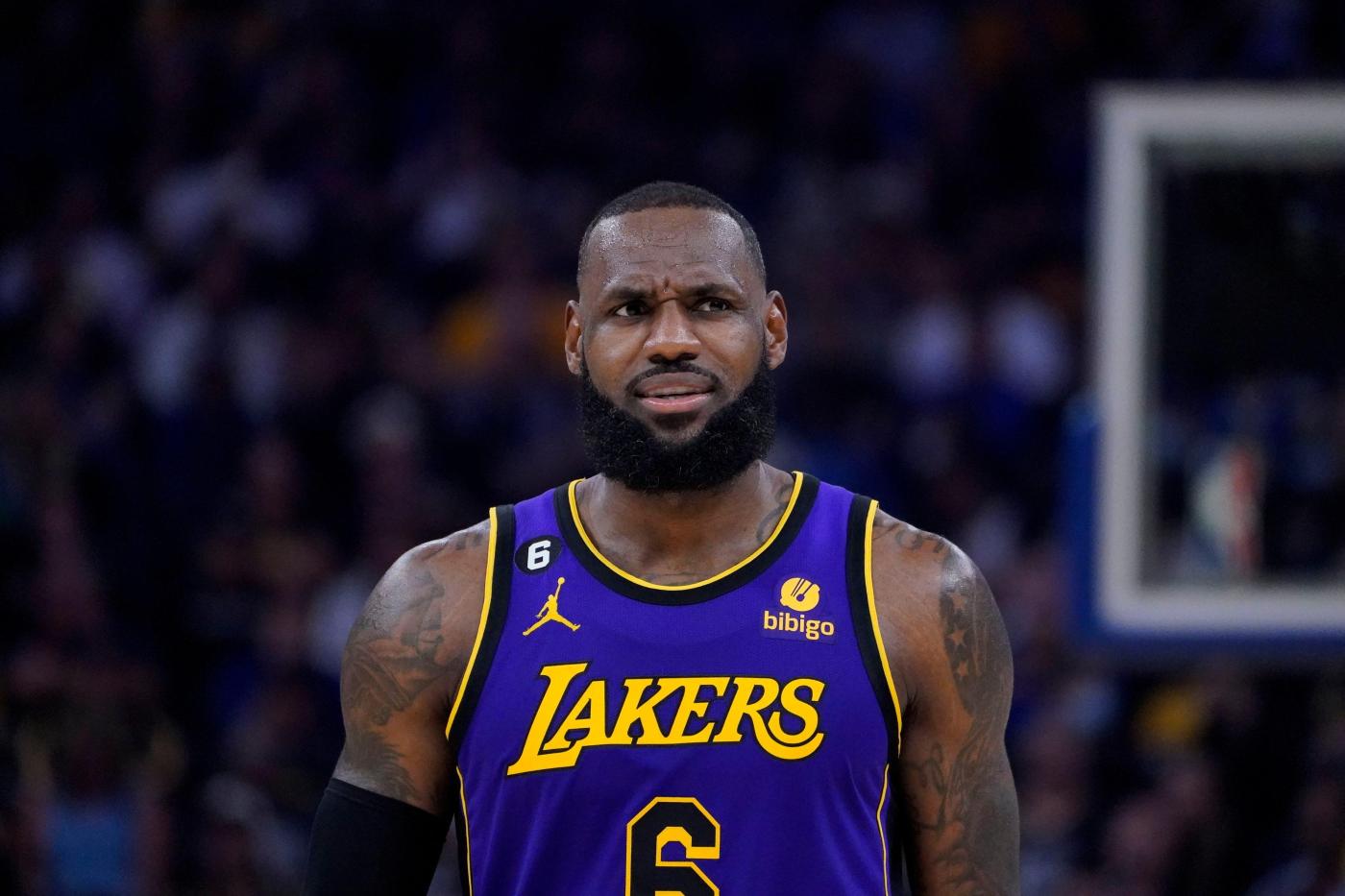 Here’s a short list of teams I project will finish with a better record than the Lakers — at least as they are currently constructed — by the end of the season: almost all of them.

That’s the glaring takeaway from the NBA’s opening night, where the Boston Celtics proved a better team than the reloaded Philadelphia 76ers, only for the Golden State Warriors to one-up them by taking three Hall of Famers wearing purple and gold out to the woodshed for a two-hour long beatdown.

The Lakers are cooked, and if they don’t trade Russell Westbrook — and one or both of their first-round draft picks — to add some depth, they will waste yet another year at the tail end of LeBron James’ dwindling prime. That’s bad business because LeBron theoretically only has one more season after this one guaranteed on his deal before he can become a free agent. And if the Lakers were only able to squeeze one ring — a ring in an isolated basketball bubble at that — out of James’ years out West, then was the experiment, and the cost of doing business, really a success?

James, miraculously, continues to defy Father Time’s will. He’ll be 38 by the end of this calendar year, yet in the season-opener, he played 35 minutes and finished with 31 points, 11 rebounds and eight assists. Even Anthony Davis looked like his old self, proving health is, indeed, wealth with 27 points, six rebounds and four steals.

The problem isn’t James, nor is it Davis. They’re the only two holdovers from the 2020 Bubble Championship squad. The problem is, unfortunately, Westbrook, and what he represents in purple and gold.

On paper, Westbrook had a good game: 19 points, 11 rebounds and three assists would earn most other players praise.

Westbrook, however, isn’t most other players. He is a shoo-in Hall of Famer making $47 million this season. He doesn’t look like he belongs on the court with James or Davis, not because of his talent, but because those talents as a non-perimeter threat just don’t complement the other two Laker stars.

The Lakers knew this, though they should have known it before trading for him in the first place. They worked overtime in attempts to trade him this summer — even trying to pry Kyrie Irving from the Nets in the aftermath of Kevin Durant’s trade request — but none of those attempts were successful because they refused to part ways with their two remaining tradeable draft assets: first-round picks in 2027 and 2029.

That’s the cost of doing business with three teams who could drastically improve the Lakers’ odds at making a respectable playoff run. The Indiana Pacers have Buddy Hield and Myles Turner. The Utah Jazz have Mike Conley, Jordan Clarkson and Bogdan Bogdanovic. The San Antonio Spurs have Josh Richardson, Doug McDermott and Jakob Poeltl. And the Charlotte Hornets have Gordon Hayward, Kelly Oubre and PJ Washington.

And they all want both Los Angeles first-rounders because they, as I and as you know, see that without them, the Lakers are done.

Isn’t it funny — dare I say hilarious — that the Lakers are in search of the very depth they gave up to acquire Westbrook in the first place? The same depth that played a key role in them winning the Bubble Championship over the Miami Heat?

They traded Kuzma and Pope (and Montrezl Harrell plus a first-round pick) to the Wizards for Westbrook, then dealt Horton-Tucker and Stanley Johnson, fresh off a breakout season, this summer for Patrick Beverley.

And in Monday’s season opener, the Lakers started Beverley and Lonnie Walker IV alongside James, Davis and Westbrook, and played guys named Matt Ryan (who isn’t the Indianapolis Colts quarterback but might as well have been), Austin Reaves and Juan Toscano-Anderson meaningful minutes.

That’s not going to work because those players aren’t difference-makers. And the Lakers won’t be, either, if they don’t make a change.

The only change they can make is moving on from Westbrook, attaching both first-round picks to his $47M salary, and replacing the depth they lost with the multiple blunders made since their last championship run. The Lakers, quite frankly, need to catch up with the rest of the league. They are still living in the past, and here’s a reality check: No team, save for Luka Doncic’s Dallas Mavericks, is going anywhere without real depth to support their stars.

And if the Lakers can’t get that depth, what happened Monday night will become a regular occurrence. The Warriors ran up a 27-point lead over the most storied franchise in all of basketball can attest, largely without trying, in a game where LeBron was caught on the court playing real minutes while also cracking jokes with his friend, Warriors forward Draymond Green, who was on the bench.

That’s all you needed to see to know the Lakers are cooked.

And when good food is cooked, everyone rushes to eat.