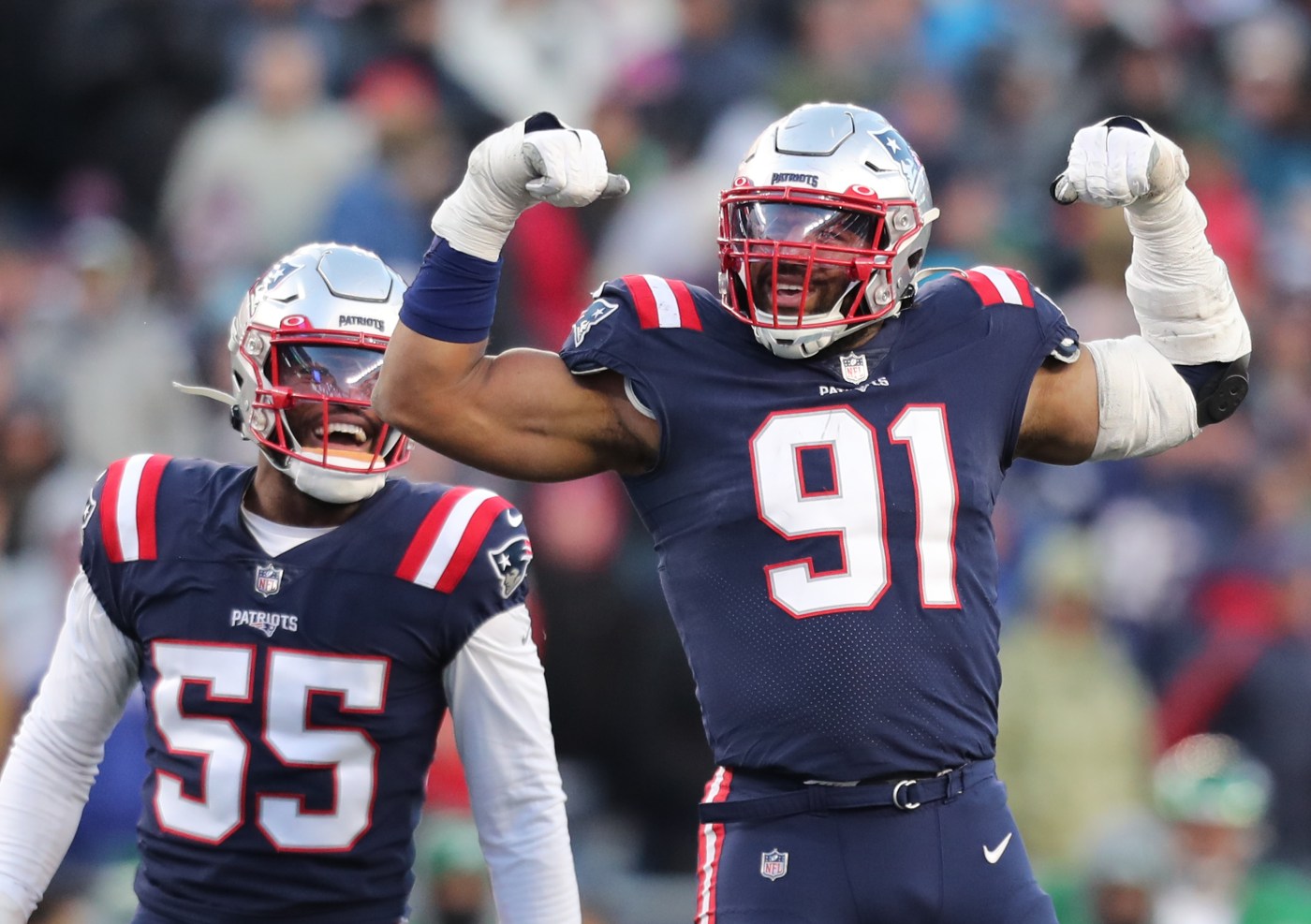 FOXBORO — Late in training camp, Patriots players would climb the stairs that bridge the concrete perimeter of Gillette Stadium to the practice fields outside the stadium’s south end.

At the top of the stairs, veteran cornerback Jalen Mills would greet his fellow defenders with an out-stretched hand and a message.

Ten games into the regular season, Mills is speaking that mindset into existence.

The Patriots entered Sunday’s rematch with the Jets ranked near the top of every defensive category, and their standings should only rise after a dominant 10-3 win Sunday. The Pats pocketed five sacks and allowed a season-low 103 yards to a Jets team that had run up 387 in their prior meeting. Best of all, of those 103, only two came after halftime, a defensive franchise record.

After solving a couple wrinkles the Jets installed over their own bye week, the Patriots preyed on Zach Wilson’s risk-averse approach at quarterback. Several defenders disclosed post-game that they expected Wilson to play more conservatively after serving up three interceptions to them on Oct. 30. So, they disguised their coverage pre-snap and waited for him to either attempt a safe throw or get flushed out of the pocket by their hounding pass rush.

“We know that he’s going to take what he sees and have an idea what he’s going to do already in his head,” said Patriots safety Kyle Dugger, who earned his first career sack. “We definitely made sure that we were disguising heavy, so that post-snap he would have to think a little more, take a little longer and our D-line can do what they do.”

Judon led the Patriots’ pass rush with 1.5 sacks, and later explained the plan was to apply a controlled pressure on Wilson. The second-year gunslinger escaped for two scrambles, but otherwise folded inside pockets that routinely closed around him. Wilson again completed fewer than half his passes against the Pats and managed a meager 77 yards through the air.

“Don’t get up the field behind the quarterback, just make him beat us from the pocket,” Judon said. “Make him throw the ball instead of using his legs.”

The Jets’ running game hardly fared any better, grinding out 59 yards at 2.6 yards per carry. Wilson finished as their leading rusher with 26 yards, followed by running backs Michael Carter (19) and James Robinson (10). Unlike the teams’ previous meeting, when the Patriots pulled away with a two-score lead late, New York could lean on its running game in the second half and legitimately threaten the Pats with run fakes on play-action passes.

But it didn’t matter. The Patriots handled the Jets at the line of scrimmage, swarmed Wilson and squeezed 10 punts from 12 possessions, the others resulting in the end of half and a field goal. They’re allowing 16.9 points per game on the season and fewer than 12 per game over their last six kickoffs.

Even Jets coach Robert Saleh felt hopeless watching Wilson and Co. work Sunday. Did he ever sense that the offense might get going?

“At any point?” Saleh asked the inquiring reporter. “No.”