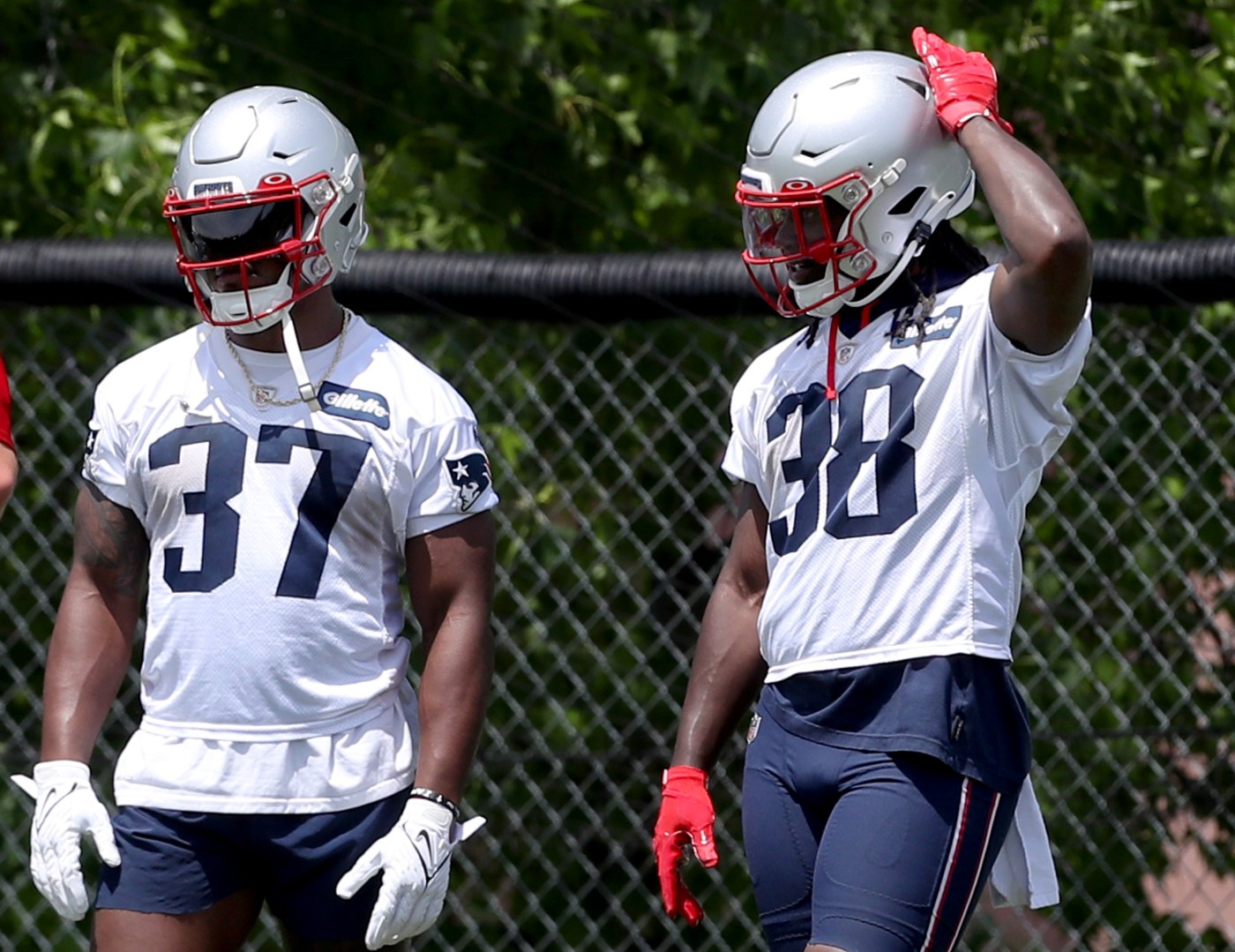 FOXBORO — As far as James White’s leadership goes, his professionalism, toughness and experience, the Patriots can wave all of that good-bye, too, as they wish their former third-down back well in retirement.

But on the field, their plans for replacing White are well underway.

Through two weeks of training camp, Rhamondre Stevenson appears primed to replace White on passing downs. During team periods in practice, Stevenson has routinely taken the second reps after starting running back Damien Harris. He’s caught 14 of 18 targets in those periods, one of the higher totals on the team, despite the fact Stevenson was limited for three practices last week.

In 2021, Stevenson flashed soft hands and averaged 8.8 yards per reception, more than Harris and White. Stevenson also became the rare rookie running back to contribute right away, something Harris and White never did. In the spring, Stevenson said he dedicated most of his offseason to becoming better as a receiver and pass protector.

His efforts show on the practice field, where it’s evident he’s a more natural pass catcher than Harris, an early-down bruiser.

Veteran running back/wide receiver Ty Montgomery could also factor on third downs, having caught 11 of the 12 passes he’s seen in training camp. Montgomery offers far less burst and elusiveness than the 24-year-old Stevenson, but lately he’s started splitting third-string reps with J.J. Taylor. The Patriots have deployed Montgomery as a running back and slot receiver, a indication he’s gained real trust from the coaching staff.

“Ty is another player that had a real good offseason for us,” Pats coach Bill Belichick said last week. “Again, it’s a player we’re getting to know, trying to get familiar with what his skill set is, what he can do. He’s pretty versatile. It looks like he can do a lot. We’ll see how all that goes together.”

Part of the learning curve with Montgomery will be in pass protection, where he’s taken just 23 snaps over the past three seasons, per Pro Football Focus. Montgomery also hasn’t cracked 300 total yards since 2018, proof of his eroding offensive skill.

On the opposite end of the skill-experience spectrum is fourth-round rookie Pierre Strong. The South Dakota State product runs with 4.2 speed, but became a full practice participant less than a week ago. Strong has also said he’s facing a major transition with the playbook, having seldom played outside the backfield in college, whereas in New England he’ll occasionally split out wide and go in motion.

Taylor, now entering his third season, figures to have a leg up on Strong at the moment, but that could change depending on Strong’s development over the next three weeks. Sixth-round rookie Kevin Harris is also in the mix, though he projects to be squarely on the roster bubble.

Back in the spring, when White continued to rehab from season-ending hip surgery, the Patriots re-signed him to a 2-year deal worth up to a reported $5 million. The most telling figure in White’s contract was neither number of years or total money, but $500,000 in guarantees; a smaller-than-expected number that meant one thing: the Pats knew they had to protect themselves in case White would be forced into premature retirement.

And from then on — by signing Montgomery, honing Stevenson’s focus and drafting Strong and Harris — they planned accordingly.