Todays Though > News > The terrible twos? Heat aware they may have to find a better way – Boston Herald
News

The terrible twos? Heat aware they may have to find a better way – Boston Herald 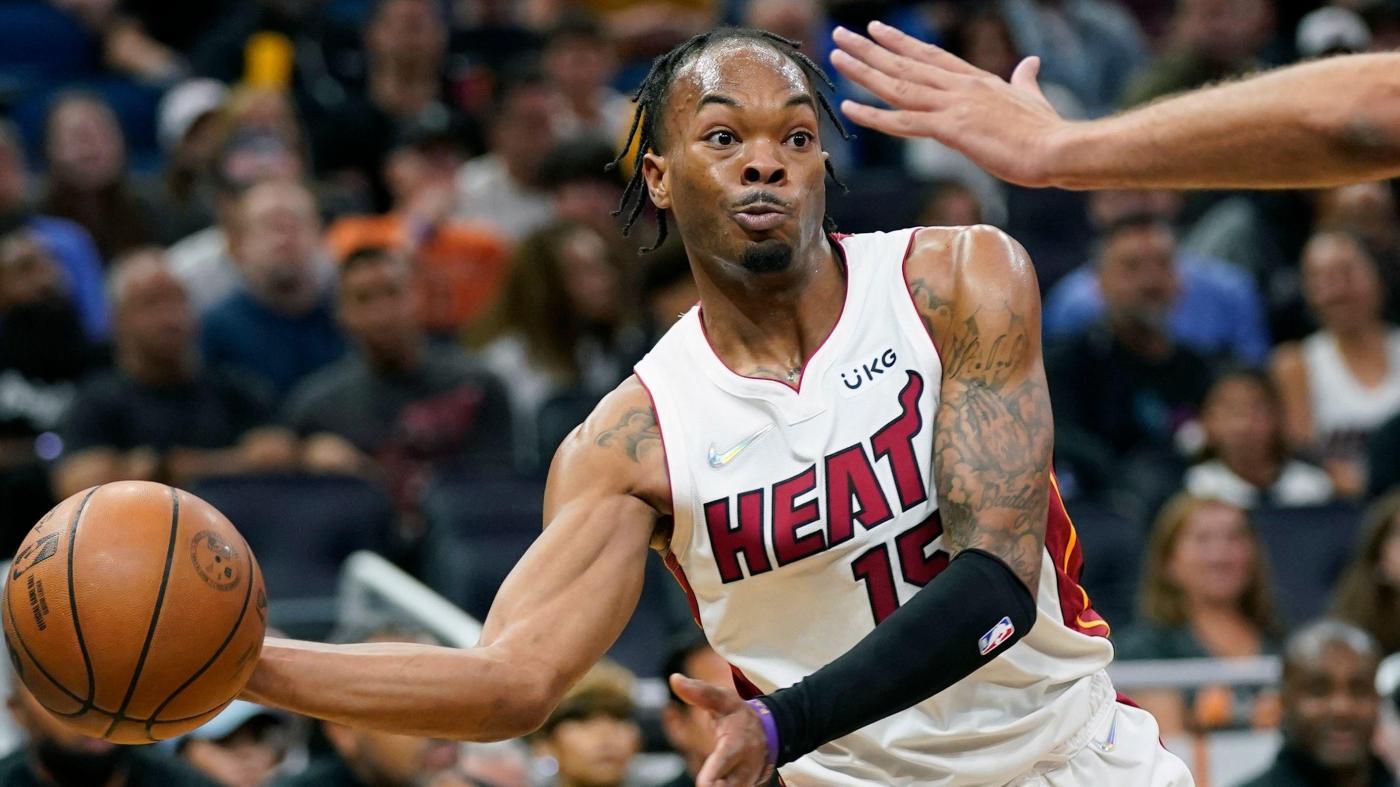 When it comes to Miami Heat two-way contracts, there has been an all-or-nothing aspect to the equation.

Duncan Robinson rode one to a $90 million payday. Max Strus and Gabe Vincent turned them into pathways for playoff contributions and, likely, impending free-agency riches next summer.

And then there are the likes of Daryl Macon, Yante Maten and Matt Williams Jr. They, too, held Miami Heat two-way contracts. Since then? Macon last played in Russia, Maten in Israel, Williams in Venezuela.

It is, to say the least, a tenuous proposition.

Not that anyone has to tell that these days to Javonte Smart and Mychal Mulder at the NBA Las Vegas Summer League. Both currently hold Heat two-way contracts, with teams limited to two such deals. Both also can be released at any point for replacement two-way options.

And based on the Heat recently extending training-camp tryouts to undrafted Fresno State center Orlando Robinson and undrafted University of San Francisco guard Jamaree Bouyea, along with a return of former Heat two-way guard Marcus Garrett from wrist surgery, it certainly appears as if camp competition awaits.

“In this profession, nothing’s guaranteed,” said Mulder, a veteran of 84 NBA regular-season games, with the Golden State Warriors, Orlando Magic and Heat. “You’re always fighting for a spot, proving that you belong. And that’s our job, to come in and prove that we belong and prove that we deserve to be there.”

Mulder, who went undrafted out of Kentucky in 2017, has tried to do that with his 3-point shooting these past two weeks.

So what is a two-way contract? Basically a deal that pays half the NBA minimum salary, which for the upcoming season means a $509,000 contract, with a limitation of 50 appearances during the regular season, playoff ineligibility, and available to players only until their fourth NBA season. The contracts do not count against the salary cap and such players do not count against the regular-season roster limit of 15 players under standard contract.

The NBA’s initial focus was to offer contracts that had players splitting time between the NBA and the G League, to be as much about development as productivity. But between the pandemic and increased load management of older veterans, the deals largely have turned into additional NBA roster players for the 82-game regular season.

A prime such example of that approach was the Heat’s agreement with two-year veteran Caleb Martin on a two-way contract last September, with Martin at that point with 81 games of regular-season experience.

So where do the Heat stand with Mulder and Smart?

For Mulder, it could come down to potential Heat trades, as the team monitors the availability of Brooklyn Nets forward Kevin Durant and Utah Jazz guard Donovan Mitchell. Should Robinson and Strus both be sent out, it could necessitate the retention of Mulder’s 3-point shooting.

For Smart, it could come down to challenges from Bouyea, Garrett or another wing who emerges through the team’s offseason developmental program.

And for both, it could come down to the Heat instead turning to a more veteran presence, as the team did last offseason with Martin, which again could prove of particular value with the team likely going with only 14 players on standard contracts due to the luxury tax.

“That’s kind of the beauty in it,” Mulder said of two-way life, “is that it is so competitive, and is so difficult. But there’s beauty in that — to fight, claw, compete for a job. It’s definitely hectic.”

For Mulder there already have been over $2 million in NBA earnings. But for Smart, so far just scraps of the minimum salary during intermittent NBA stints as a rookie.

“You’ve always got to stay focused,” Smart said. “It’s a business. Being on two-way with the Miami Heat has been a great experience, and I’m looking forward to doing more.”

(Limit of two at any time)