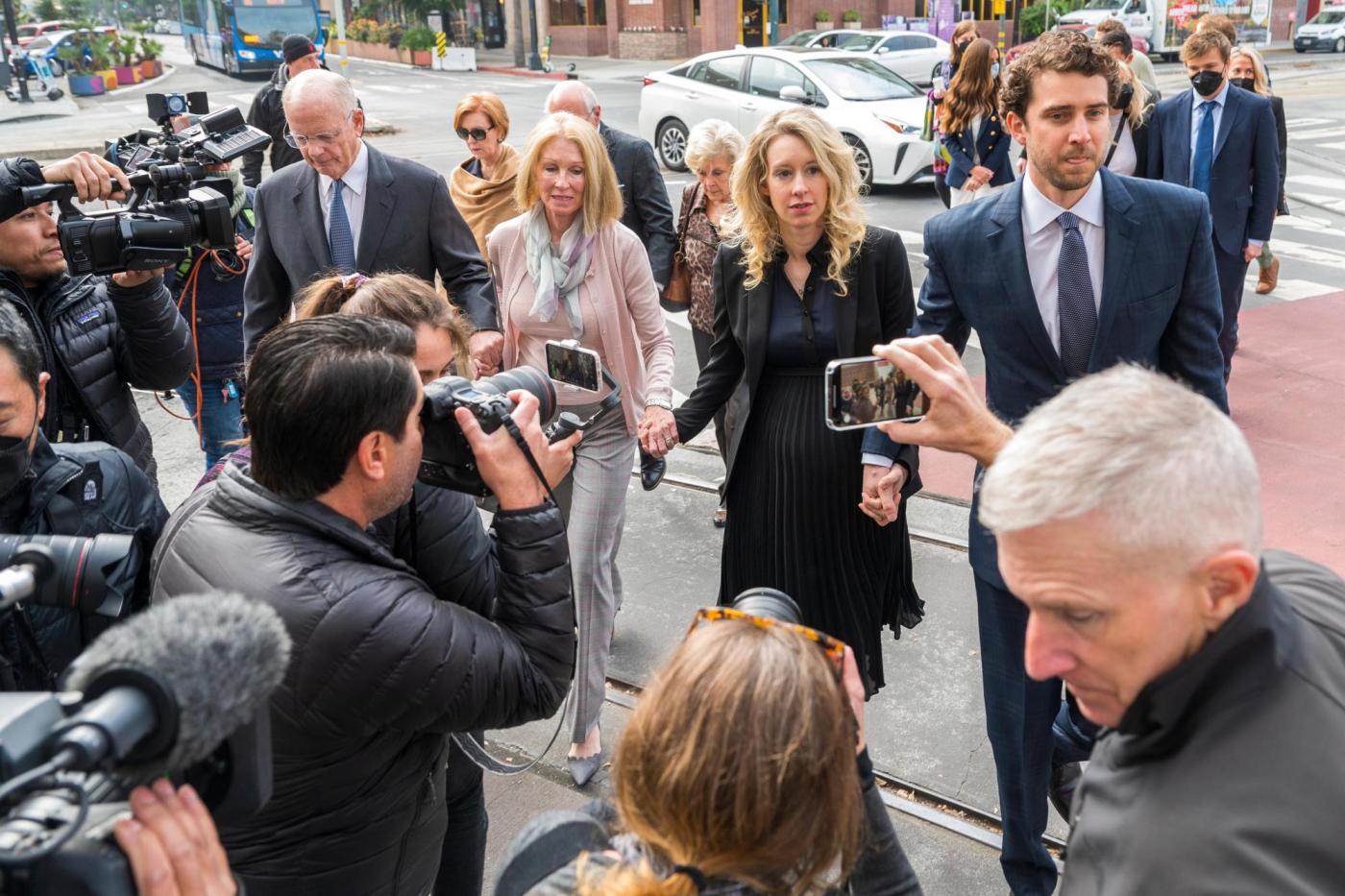 Disgraced Theranos CEO Elizabeth Holmes was sentenced Friday to more than 11 years in prison for duping investors in the failed startup that promised to revolutionize blood testing but instead made her a symbol of Silicon Valley ambition that veered into deceit.

“This is a very heavy sentence,” said Rachel Fiset, a defense lawyer who has also been involved in health care cases.

The sentence imposed by U.S. District Judge Edward Davila was shorter than the 15-year penalty requested by federal prosecutors but far tougher than the leniency her legal team sought for the mother of a year-old son with another child on the way.

Holmes, 38, faced a maximum of 20 years in prison. Her legal team requested no more than 18 months, preferably served in home confinement.

Prosecutors also wanted Holmes to pay $804 million in restitution — an amount that covers most of the nearly $1 billion that she raised from investors. But the judge left that question for a future hearing that has not been scheduled.

Holmes, who was CEO throughout the company’s turbulent 15-year history, was convicted in January in the scheme, which revolved around the company’s claims to have developed a medical device that could detect a multitude of diseases and conditions from a few drops of blood. But the technology never worked, and the claims were false.

Theranos was dashed “by misrepresentations, hubris and just plain lies,” the judge said.

Federal prosecutor Robert Leach described the Theranos scam as one of the most egregious white-collar crimes ever committed in Silicon Valley. In a scathing 46-page memo, Leach urged the judge to send a message to curb the hubris and hyperbole unleashed by the tech boom of the last 30 years.

Even though Holmes was acquitted on four counts of fraud and conspiracy tied to patients who took Theranos blood tests, Leach also asked the judge to factor in the health threats posed by Holmes’ conduct.

Evidence submitted during her trial showed the tests produced wildly unreliable results that could have steered patients toward the wrong treatments.

Holmes’ meteoric rise once landed her on the covers of business magazines that hailed her as the next Steve Jobs. And her deception was persuasive enough to draw in a list of sophisticated investors, including software magnate Larry Ellison, media mogul Rupert Murdoch and the Walton family behind Walmart.

“I regret my failings with every cell of my body,” Holmes said. She promised Davila she would devote the remainder of her life to trying to help others.

Holmes’ attorney, Kevin Downey, indicated she would appeal the sentence. Holmes and her family left the courthouse by a side entrance and managed to evade reporters and photographers.

Amanda Kramer, a former federal prosecutor who is now a defense attorney, described the sentence as “the equivalent of neon, flashing billboard” offering “a reminder the long-term consequences of fraud far outweigh any short-term gains.”

The judge gave Holmes more than five months of freedom before she must report to prison on April 27 — a window of time that should enable her to give birth to her second child before she is incarcerated. She gave birth to a son shortly before her trial started last year.