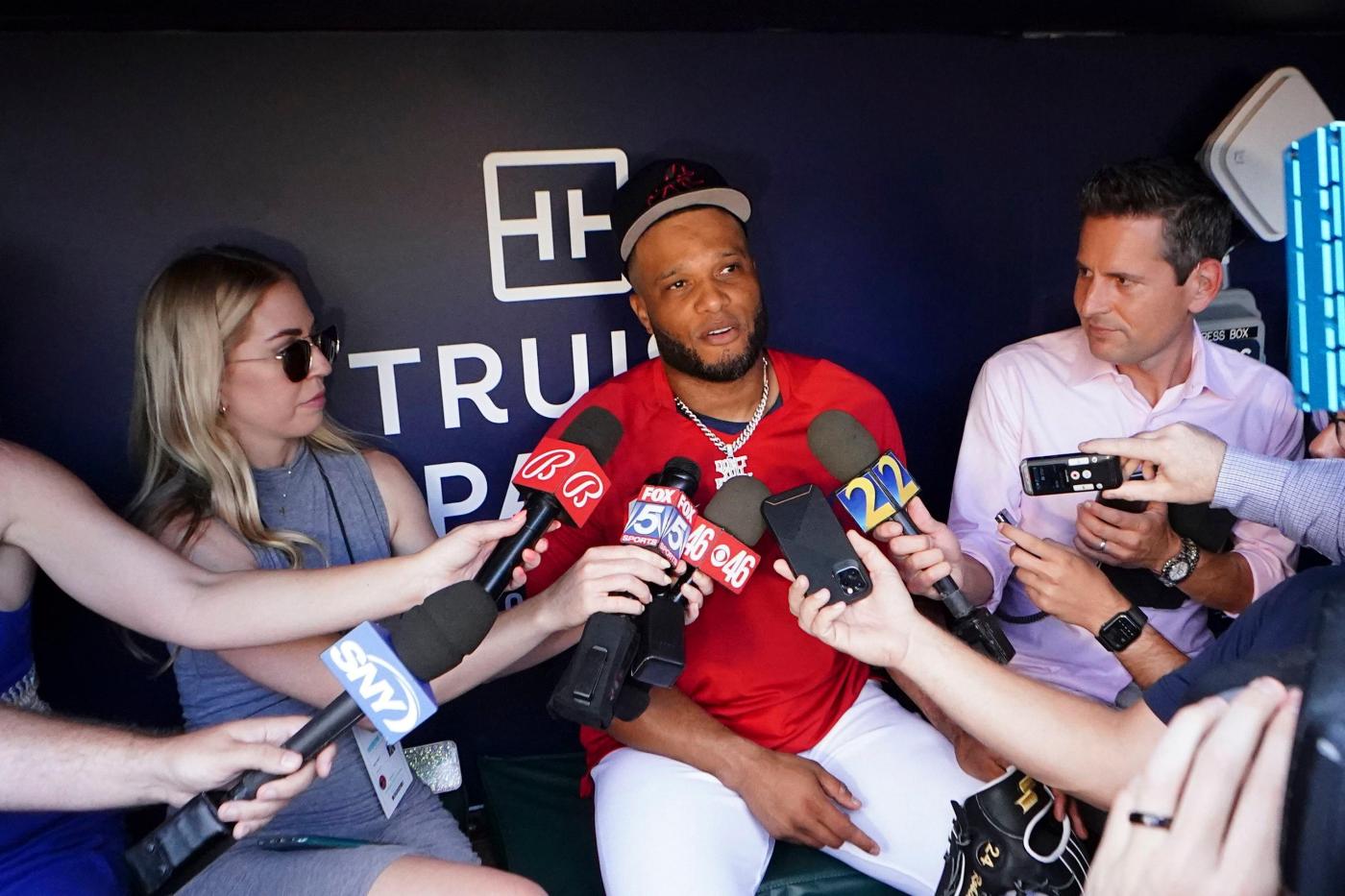 ATLANTA – Robinson Cano has millions of reasons not to trash-talk the Mets, also known as his former team that’s still sending him paychecks.

Cano returned to the National League East just in time to play the team that designated him for assignment just over two months ago. The Braves on Monday acquired Cano from the Padres for cash considerations, and Atlanta conveniently plugged him into the lineup, batting ninth and playing second base, for their series opener against the Mets.

There was no shortage of buzz for the eight-time All-Star and two-time PED user on his first day at Truist Park. Cano, sitting in the Braves dugout and surrounded by a horde of inquiring reporters, stayed away from answering any questions about the Mets’ decision to DFA him on May 1.

“I know you would like that I would give you any answer about that,” Cano said, a bit irritably, when asked if he was surprised the Mets released him due to the money they still owe. “But I’m here and I don’t want to talk about that. I’m sorry. But like I said, there’s no hard feelings. This is a business. That’s what they decided. Let’s just move on, and now I’m here.”

Cano will continue to be paid his prorated $24 million annual salary by the Mets through the 2022 season. The Braves are paying Cano only the league minimum of $700,000 for him to potentially do damage against the Mets in this three-game series that wraps up on Wednesday. For Atlanta, picking up Cano is a no-brainer, no-risk flyer – and they’re doing it on the division rival’s dime.

After Cano was released by the Mets in May, he landed with the Padres on a major-league deal. But that didn’t last long, and when San Diego asked him to report to Triple-A, Cano was able to deny that request due to the service time he’s accrued. Then Cano checked his options on the big-league market and wound up re-signing with the Padres on a minor-league deal, anyway. Cano slashed .333/.375/.479 over 104 plate appearances at Triple-A El Paso, suggesting there is still something left in the tank.

“I don’t want to go back to the past,” Cano said when asked if he got a fair shot in Queens. “I was thankful to get the opportunity with the Mets when I got traded from Seattle. There’s no hard feelings. I got friends on the other side and I’ll always wish them the best.”

Cano, 39, didn’t publicly trash-talk his old team, but that didn’t stop his former teammate from taking a friendly dig at him.

Francisco Lindor was a huge Cano supporter when he was still wearing orange and blue. For the most part, that hasn’t changed. Lindor said he’s happy for his former teammate and that he’s rooting for Cano to succeed – just not when he’s playing the Mets.

“He can get 20 hits,” Lindor told the News. “As long as he doesn’t have any RBIs and he doesn’t score, I’m good. He can get to first, and then go back to the dugout.”

“We’re all happy for him,” Showalter said. “Everybody loved Robbie. He was a good teammate. Obviously he got another opportunity, it doesn’t surprise anybody. We knew that. I hope things work out for him three days from now. We know he’s going to get 3-4 hits tonight, right?”