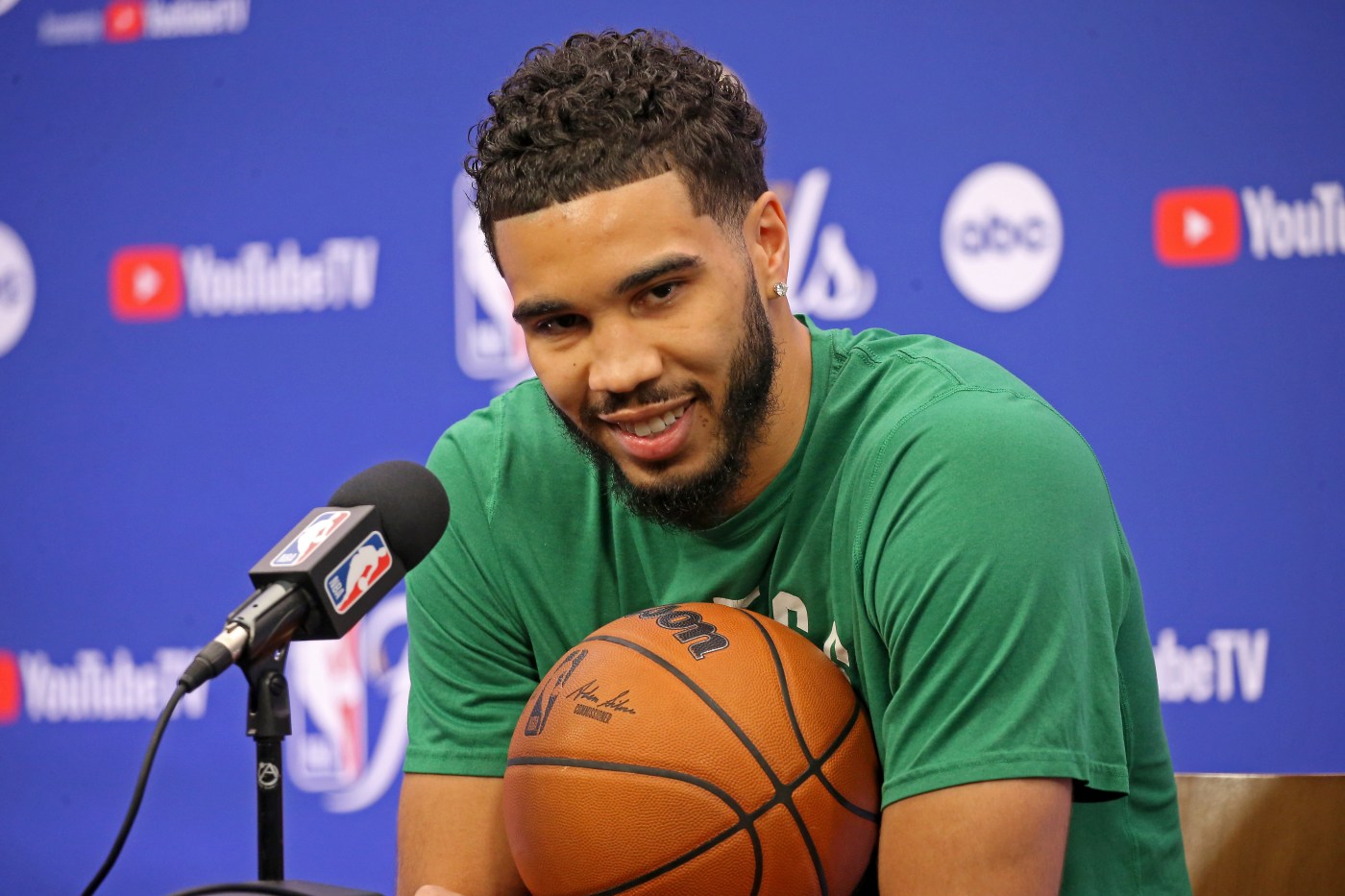 Larry Bird once estimated that he had played the equivalent of two full seasons in playoff games alone over his relatively short 12-season career.

Bird was, naturally, on the money. By the time he played the last game of his NBA career in Richfield, Ohio, on May 17, 1992, he had played in 164 playoff games. By then — an inglorious sweep at the hands of the Larry Nance/Mark Price/Brad Daugherty Cavs — Bird was struggling with chronic back pain that would keep him shelved for most of the Olympics that summer. Like Kevin McHale, the end of Bird’s career was defined by debilitating injury.

So even at this young age, Jayson Tatum has to keep an eye on wear and tear. It’s not just that the 24-year-old Celtics star has crammed 74 playoff games into five seasons. He’s basically played the last two years without a break.

The slog started on July 31, 2020, when the Celtics re-emerged from the NBA’s COVID-related shutdown to play eight regular season games and 17 playoff games in the Orlando bubble.

They were eliminated by Miami in the Eastern Conference Finals on Sept. 27, and started the next season on Dec. 23. The Celtics were swept in the first round by Brooklyn that year, and Tatum moved on to Olympic training camp and team USA’s eight-game run to the gold medal in Japan.

Then came this season’s run to the Finals, complete with two seven-game series wins followed by a six-game loss to Golden State.

Going back to the Orlando bubble — one month shy of two full years ago — Tatum has played in 199 games, including 46 playoff games. Little wonder there was speculation, including from his coach, that Tatum and several of his teammates were suffering from fatigue.

So when Tatum turned to this summer, first he had to chill.

“After the Finals he was able to give his body a break, and mentally and emotionally gave his mind a break,” said Hanlen. “Now he’s back and starting to work on the areas that we think will help him take that next step. A guy that was first team All-NBA, a guy that was an All-Star starter, a guy that was Eastern Conference MVP, and he’s 24.”

But this is where Hanlen steps in, with a program.

Tatum has acknowledged that his slow start last season was related to showing up for training camp with an additional 15 pounds of weight, apparent especially in his shoulders.

They won’t be doing that this time around, though there’s a tough balance between getting stronger and remaining flexible.

“You need him to move well, you need him to stay lower which is a flexibility thing, get stronger for injury prevention, while also improving his cardio — that’s a hard thing to throw into a blender and come out with the perfect smoothie,” said Hanlen.

“We thought he added too much weight last summer. We loved the strength he added but thought the weight was slowing him down a little bit at the beginning of last season. But once he got back down to the same playing weight, but continued to have the strength he developed, we thought that was a good place for his body to be at. It’s not necessarily about him bulking up or anything. It’s him continuing to figure out what’s the best combination of speed and size, which is a balance players have to play around with throughout their career.

“Another thing is cardio, so he can be in great shape with all of the minutes they need him to play. There’s a fine line, a weird line, not a black and white thing, because there are so many moving parts.”

Tatum’s added strength means everything if he’s going to not only get to the line more, but to the rim.

But he also has to get more flexible, said Hanlen, stay low when necessary, and attack from better angles. A lot of his work this month will work on beating double-teams and becoming a better playmaker.

Perhaps then the calls will come, and Tatum, like several of his teammates, won’t feel such a need to express displeasure when he doesn’t draw the anticipated contact.

“We’d love for him to shoot more free throws, and some of the stuff that wasn’t called in the playoffs you would hope gets called,” said Hanlen. “Our big focus is if we improve his driving angles, if we focus on finishing instead of drawing fouls, it will actually result in more trips to the line. That’s our focus — the stuff we can control, which is better driving angles, more ball security, improved finishing. Those will result in better numbers at the rim, less turnovers, and more free throws.”

Tatum averaged 4.2 turnovers in the 2022 playoffs — that number elevated to a solid 5.0 over the last three games of the Finals — and beating double-teams the right way would reverse that trend.

“But he’s still got a lot of room to grow. We like the improvement he’s made the last couple of seasons,” said Hanlen. “I thought he grew a ton as a playmaker this year. Next year our big focuses are being able to play through contact and finish through contact, and also get back to consistently using the pull-up jumper as a weapon.

Hanlen has great resources within his client list, most notably including Joel Embiid and Tatum’s longtime hometown friend, Bradley Beal, and can apply the lessons learned from those two to what Tatum is facing now.

“I’ve seen it with a lot of my other clients. There’s no one who gets doubled more in the league than Joel Embiid,” said Hanlen. “There’s adjustments we’ve had to make to get him good catches on different spots of the floor, and changeups in his cadences so there’s more of an unpredictability in his attacking.

“I’ve seen it with Brad Beal in Washington, where teams really try to squeeze the ball out of his hands, especially in pick-and-rolls, so we’ve had to move the pick-and-roll screens higher and had him play more off the ball and do more dribble hand-offs instead of straight ball screens.

“Really I’m just equipping Jayson with all the knowledge I’ve learned from my other clients, facing all of the attack things he’s seen. I think Jayson has responded well, and handled the double-teams well, and as he gets more reps he’ll continue to improve his decision-making out of those.”

Tatum’s short offseason — from blocking the shots of his delighted campers this month to hanging out with Jay-Z at the New York premier of NYC Point Gods — reveals a young star who appears to be remarkably relaxed.

That’s also the Tatum who walked back into the gym in early August, re-focused on work.

“Jayson doesn’t change. He just puts his head down and works,” said Hanlen. “He dunked on LeBron (James) and took him to Game 7 his rookie season, and showed back up to work. He’s first-team All-NBA and he shows back up to work. That’s what he’s done his entire career.

“He’s just getting back in the swing of things, but it will be his normal routine — work out, lift weights, on-court, treatment and shots up at night. That’s the routine that’s worked really well for his entire career.”

And though June’s bitter taste remains, Tatum also knows that after putting 74 playoff games under his belt after just five seasons, he can almost feel the touch of that first championship ring.

“I don’t want to speak for him, except that he was obviously disappointed, because they let a great opportunity slip away,” said Hanlen. “It’s also added more fuel to the fire because he was so close. He saw it. It was right in front of him. Now you know it’s not only realistic, but it’s closer than you think.”