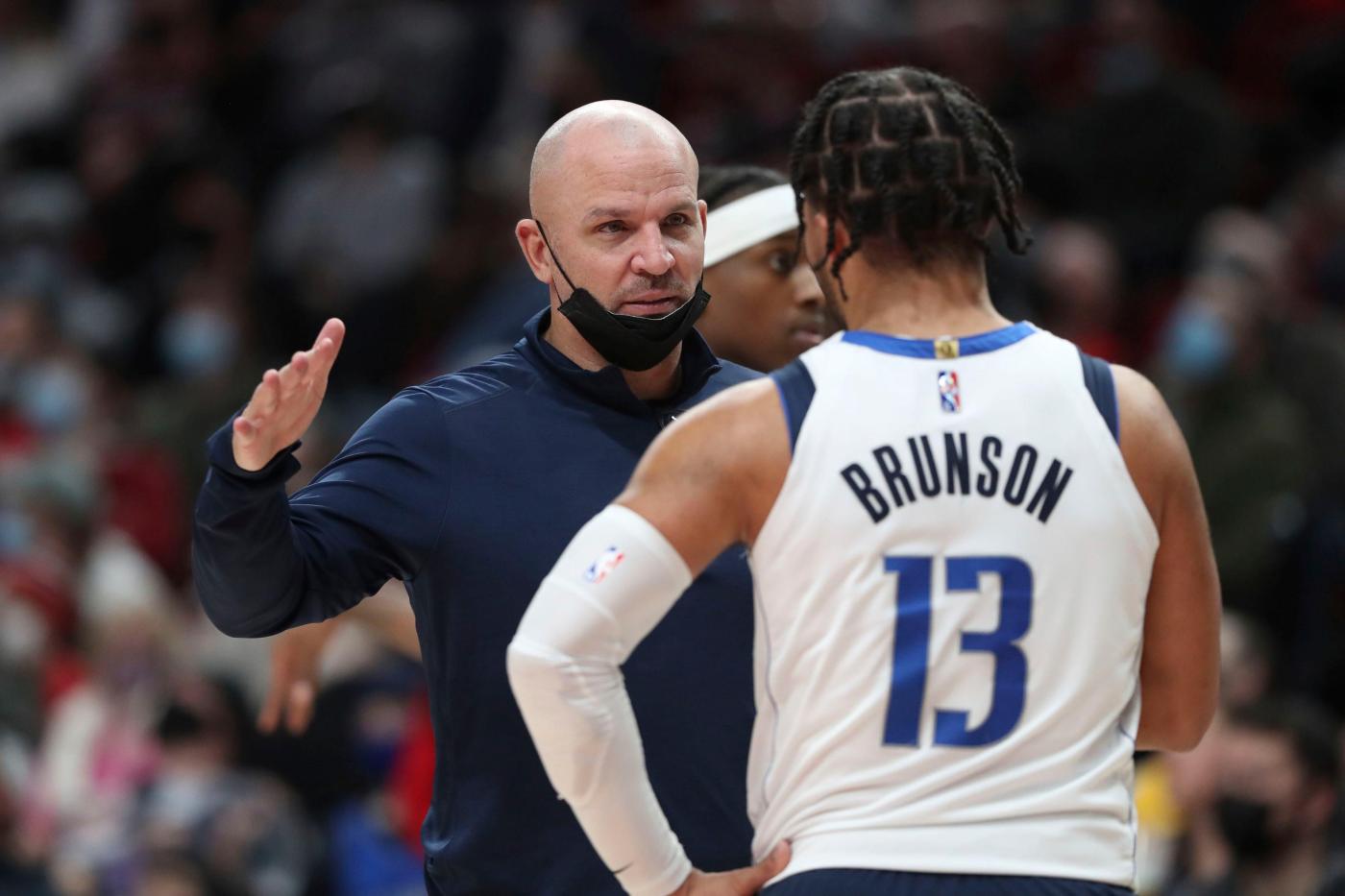 When Jason Kidd left the Phoenix Suns to join the New Jersey Nets at the end of the 2001-02 NBA season, many believed adding a steady and dynamic playmaker would vault a team that missed the playoffs altogether up the standings.

It did. Kidd’s arrival, along with Richard Jefferson, Kenyon Martin and Kerry Kittles, turned the Nets into a championship contender. They lost in the NBA Finals the year he arrived, then lost in the Finals again the following year.

Some basketball fans believe Jalen Brunson is that missing piece for a Knicks team that has made the playoffs just once since 2014, that the Knicks already have their supporting cast in RJ Barrett and Julius Randle, and that Brunson is the steady point guard who can usher in a new era of competitive basketball at the Mecca.

“I love Brunson,” Kidd said, somewhat joking, ahead of Thursday’s matchup between the Nets and the Mavericks. “But there’s no way you can compare me and him.”

In his first four games with the Knicks, Brunson has averaged 20 points, 8.5 assists, 4.5 rebounds and a steal.

“I think Brunson has an impact on any team he plays for,” Kidd said. “He’s a true pro, and so I hope he does have the impact that I had when I came (to the Nets). Even bigger (of an impact than Kidd), that’s great for an individual like that to have that kind of impact. At his size, a lot of time we measure height and weight, but you just don’t know what’s inside. He has a big heart and a high IQ. Those are sometimes not measured, but he’s a winner, and the Knicks are lucky to have him.”

You can tell, however, Kidd and the Mavericks may still feel stung by Brunson’s decision to leave Dallas for New York. When initially asked about his former point guard’s fit on the Knicks, Kidd retorted: “I’ve seen zero. I wish Brunson the best of luck, but I don’t have time to watch him right now.”

And after losing his starting guard, it’s an ex-Net filling the void.

The Nets moved Spencer Dinwiddie in a sign-and-trade to the Wizards two summers ago, and when it didn’t work out in Washington, the Wizards traded him to the Mavericks.

“Losing Jalen for nothing, that doesn’t add up,” Kidd said. “But we have depth, luckily with Spencer being able to start or not start because we can go in a lot of different directions with our lineups.”

Dinwiddie played a key role providing depth to last year’s Mavericks team. He is a Swiss Army knife in Dallas just like he was in Brooklyn.

“It’s just three games in and at some point we probably will bring him off the bench just to take a look at (Tim Hardaway Jr.) or someone else starting, just to see how it looks and check the box,” Kidd said. “But we are lucky to have Spencer because he’s dynamic, and the things that he can do like getting to the rim and shooting the three, and we’re also asking him to run because some of the times he has other guys who want to score, too, with Timmy and (Christian Wood), so the balance of being able to do that sounds easy, but it’s not.”