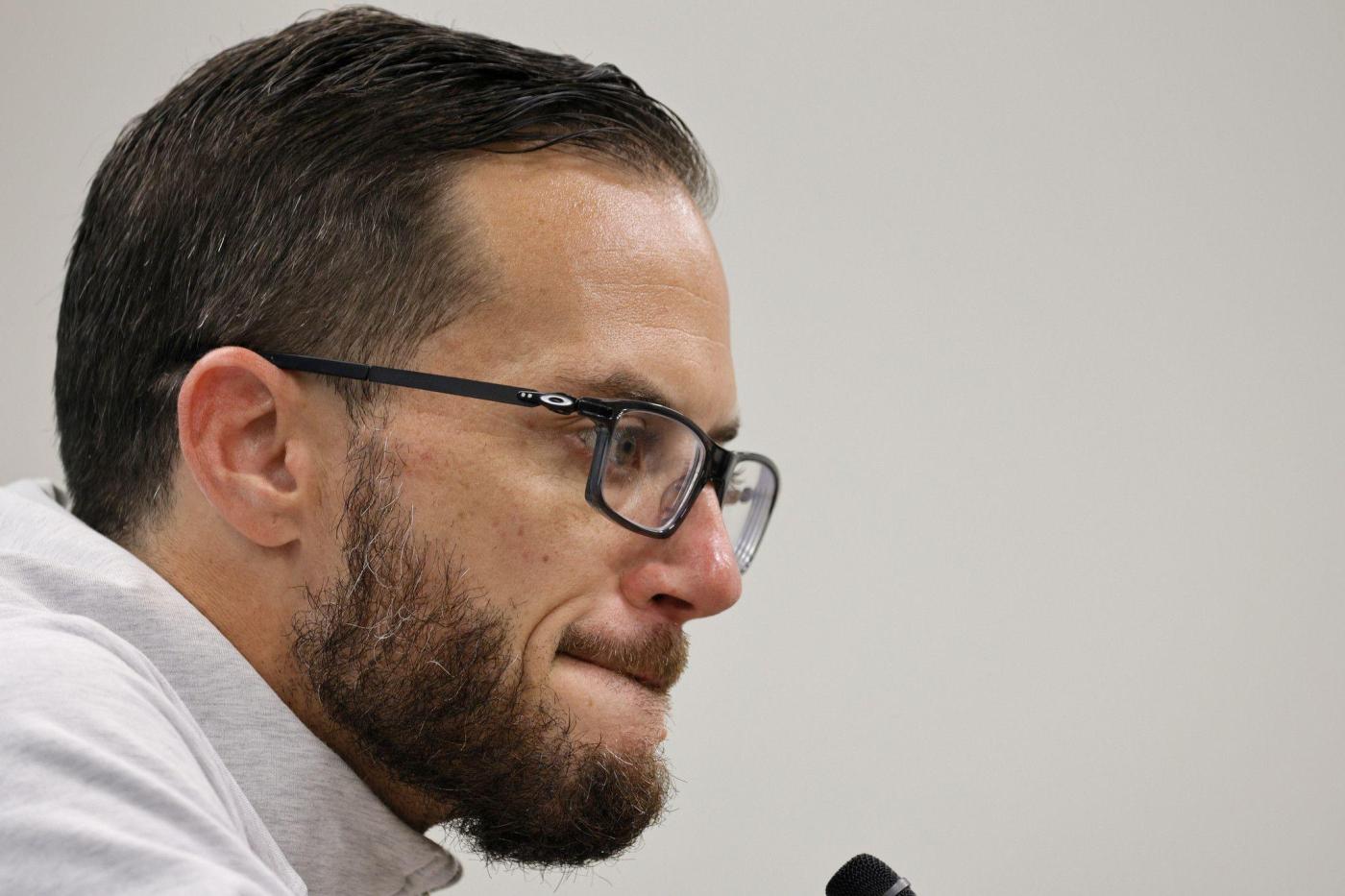 At two separate entrances to the Miami Dolphins’ locker room at their practice facility, there are three team rules posted on the walls.

Between 2 and 3, in white lettering that stands out amid the gray that surrounds it, is an added rule — the Dolphins’ first amendment, if you will, to their team rules.

“Adversity is opportunity,” it reads.

The Dolphins are on a four-game losing streak, have lost their starting quarterback to a second diagnosed concussion this season and have several other players monitoring injuries before two final divisional games that will determine their playoff fate.

Now, more than ever, this mantra could come to the forefront for this team.

“You got to be careful what you wish for, apparently,” Dolphins coach Mike McDaniel said jokingly about the slogan established within the team in the offseason.

Maybe he didn’t need this much adversity — coming off the franchise’s first winless December with quarterback Tua Tagovailoa out and left tackle Terron Armstead, cornerback Xavien Howard and outside linebacker Bradley Chubb among Pro Bowl talents that are questionable for Sunday.

But it’s how the Dolphins deal with it that can help determine if Miami either clinches this Sunday (with a win and a New York Jets loss in Seattle), heads into a winner-take-all matchup with the Jets for the AFC’s final wild-card spot (with Dolphins and Jets wins) or needs to beat New York in a Week 18 finale, plus get help from a New England loss in Buffalo (with a loss to the Patriots).

“It happens in varying degrees,” McDaniel continued. “It’s amazing what happens when you look at things in hindsight and how often you can say, ‘Wow, because of that, it really led to this.’ So, we are in the midst of that. It’s been that way for what has been the month of December, and you find out a lot about people.

“You find out a lot about your team that you’re working with, the players in the locker room, the coaches. That’s where you can’t hide. Your true colors show, and I’ve seen a team that has really, diligently attacked the adversity by working through it. We had one of our favorite weeks of practice. The locker room is very tight and pushing forward, so I feel excited about seeing what they can do together on Sunday.”

Dolphins players feel like they’ve taken that approach throughout the season, whether it’s been losing Tagovailoa for the first time to concussion, which caused him to miss two and a half games, having key defensive contributors like safety Brandon Jones, defensive end Emmanuel Ogbah or cornerback Nik Needham go down for the season or constantly shuffling the offensive line.

Undrafted rookie cornerback Kader Kohou’s opportunity this year, with 13 games played and 11 starts entering Sunday, has come about through his and his unit’s handling of adversity. The Dolphins haven’t had Byron Jones all season at cornerback. Needham was lost for the year with an Achilles tendon tear. Kohou and Keion Crossen have missed time. Trill Williams’ season ended in the preseason.

“It’s nothing new,” said Kohou, whose locker is closest to one end of the room near signage. “Mike always seems to preach that kind of stuff. We’re already kind of used to it, so whatever adversity comes our way, we just remember that quote.

“That’s just something people should have in everyday life. Not just about football. Adversity is a chance for you to prove yourself. You just persevere.”

“Just got to focus on New England,” he said twice in response to questions on the subject.

Sunday — and possibly the finale against the Jets — is an opportunity for veteran quarterback and Miami native Teddy Bridgewater to potentially carry his hometown team into its first playoff berth in six years.

“The NFL is all about ‘what do you do right now?’” offensive coordinator Frank Smith said. “It’s a great moment for us, at this point in the season, especially with things not going our way the last couple of weeks.”

Could it be an opportunity for tight end Mike Gesicki to rise from the ashes after a stretch of his lowest usage in his career? Gesicki had two of his four touchdown catches this season come on passes from Bridgewater in the Dolphins’ fourth quarter against the Minnesota Vikings on Oct. 16.

“There’s definitely some chemistry there between me and him,” Gesicki said. “I think Teddy’s just an easy guy to play with. He kind of sees things before they happen, understands the game. I think, for me, as a player, I kind of play the same way. If I see space, I’m going to run to it. I’m not going to just run to get covered.”

If the Dolphins can overcome this level of adversity and qualify for the postseason, it could bode well for their chances to pull off an upset or two on the road in the playoffs — like the San Francisco 49ers of last season that had McDaniel as an offensive coordinator. If this team can rise to the challenge, then it will miss the playoffs and we’ll never know.

Ultimately, McDaniel has faith because of what he sees from his players in the locker room.

“These relationships are real,” the Dolphins coach said, “and they feel convicted to fight for this team.”