Todays Though > News > This game vs. New York Jets is everything for the Miami Dolphins – Boston Herald
News

This game vs. New York Jets is everything for the Miami Dolphins – Boston Herald 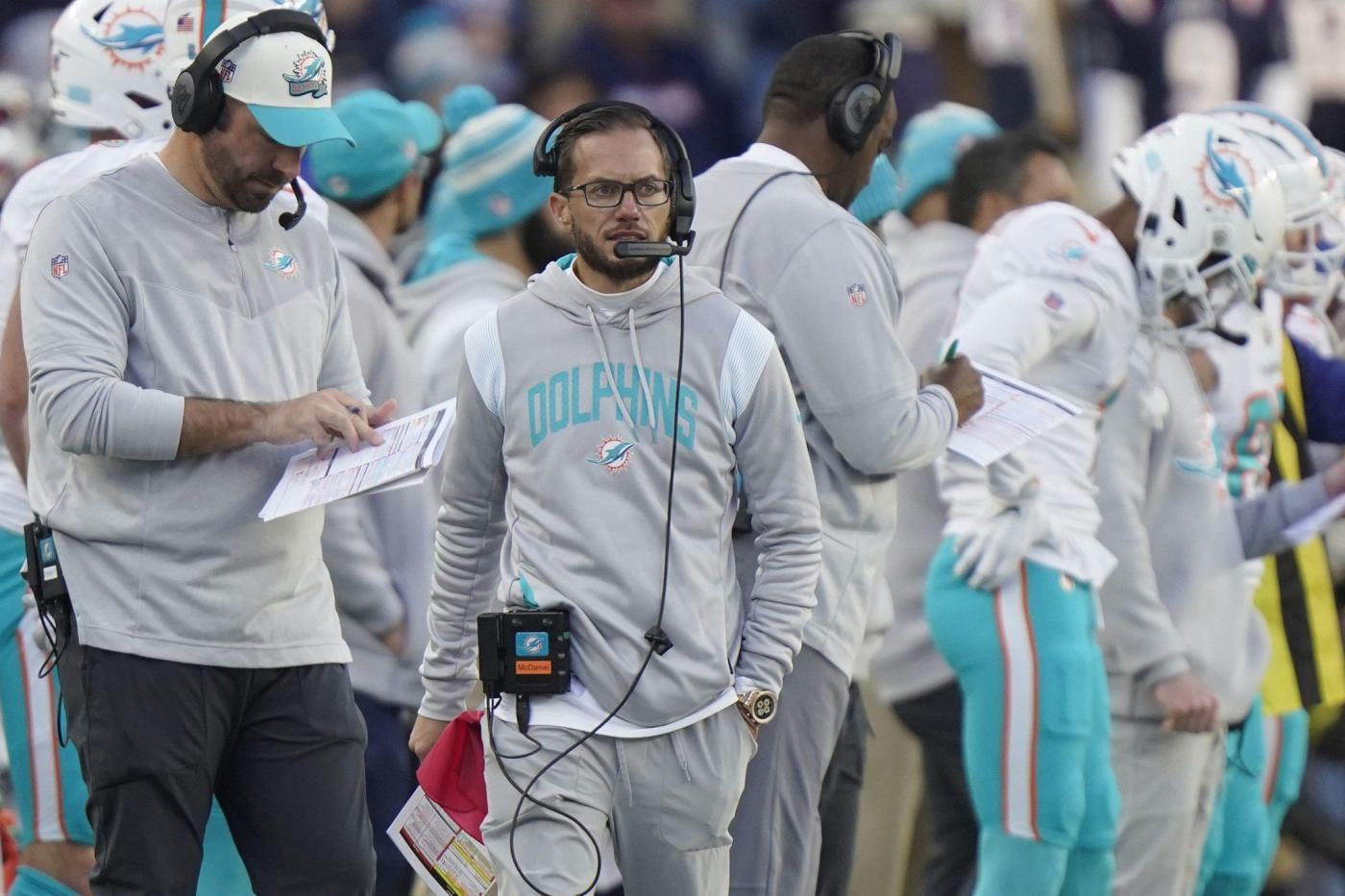 The Miami Dolphins tell us all the time how fun it is to play for Mike McDaniel. They say how loose they are, how enjoyable he makes work, and call him “McPeezy” while saying he needs a wheelbarrow to carry around a defining body part because he’s so bold.

Now we see how much they really like to play for him.

Let’s see them save their season in the way they are supposed to Sunday.

The Dolphins (8-8) are favored against the New York Jets (7-9) and should be favored. This game means everything to them and nothing to the Jets. It could get them into the playoffs, where they haven’t been since 2016, if everything works out or it could get their reputations buried so deep with a sixth-consecutive loss you’ll need an excavation crew to find them.

So we’re where we’ve been too many times with the Dolphins in the past two decades: We’re wondering if they have 60 minutes of good football left in them or will they send a fan base back to therapy for another offseason.

Sunday won’t change the coming questions about quarterback Tua Tagovailoa’s health and game, about tackle Terron Armstead’s value if he can’t play in January, about the defensive and special teams problems or how a dislikeable coach like Brian Flores got 9 wins out of far lesser talent last season.

McDaniel needs a ninth win against the Jets and some help from Buffalo in beating New England to make the playoffs. You’d pick both things to happen. But you’d be crazy to count on it because so little has gone to form since December for the Dolphins.

All you know is there are no excuses, because for as much as a hot mess the Dolphins are lately the Jets are a hotter mess. The Dolphins have lost five in a row? So have the Jets and got knocked out of playoff contention in the process.

The Dolphins are starting a third-string rookie quarterback in Skylar Thompson due to injuries? The Jets start their own third-stringer, the quarterback who used to be Joe Flacco, due to the fallen star of Zach Wilson. Flacco turns 38 on Jan. 16 and last started a game in September when he threw two interceptions and was sacked four times.

The Dolphins might play another Sunday without an injured Armstead, a big-money signing last offseason who’s been exactly as advertised as a talent — and health risk. The Jets go into their final Sunday of the regular season without three starting offensive linemen.

So if the Dolphins have troubles, the Jets have more of them and less reason to care. What the Jets have is a good defense that ranks fourth in points allowed. Some think it’s a great defense. But great defenses don’t let Seattle run for 198 yards last week or Jacksonville run for 148 yards the previous week, both with the playoffs on the line.

Great defenses don’t rank tied for 26th in the league with a mere 16 takeaways. A loud problem for the Dolphins defense is it ranks 29th with 14 takeaways. So on a day where mistakes like turnovers could decide it, neither of these defenses cause many of them.

You go in thinking Sunday will be decided on low scoring and field position. That hasn’t been the Dolphins’ blueprint to win this season, so it will be interesting if McDaniel tries it this game. Running on the Jets is an effective plan, especially to lighten Thompson’s burden. Can the Dolphins stick with that plan?

The Dolphins defense, too, should beat up a statue in the pocket like Flacco, especially with three Jets starters missing on the line. But can they do that without the kind of blitzing that leaves an undermanned secondary vulnerable? That’s been the question this season.

“It’s been a unique journey from the onset,” McDaniel said. “We started out winning three and then we lost three. Then we won five. And then I think as a team, especially the veteran players, the coaches, people that have been around what it takes to do stuff down the stretch in the National Football League, recognize that we do have a young team that hasn’t been used to win-or-go-home football, which is what the playoffs is.”

The Dolphins have some young parts. But they’re not a young team, they entered the season with the seventh-oldest roster.

Sunday is about saving this season. It’s about getting something, anything, out of a massive, four-year roster rebuild. It won’t lessen some hard questions this offseason so much as couch them behind some success.

McDaniel has been fun to play for. He’s been fun for the media to watch work, too. But there’s only one way to really have fun in the NFL. Sunday’s game will prove that. Fun is only in the winning.