Todays Though > News > Thoughts on Mike Gesicki? Why are Dolphins getting so many penalties? – Boston Herald
News

Thoughts on Mike Gesicki? Why are Dolphins getting so many penalties? – Boston Herald 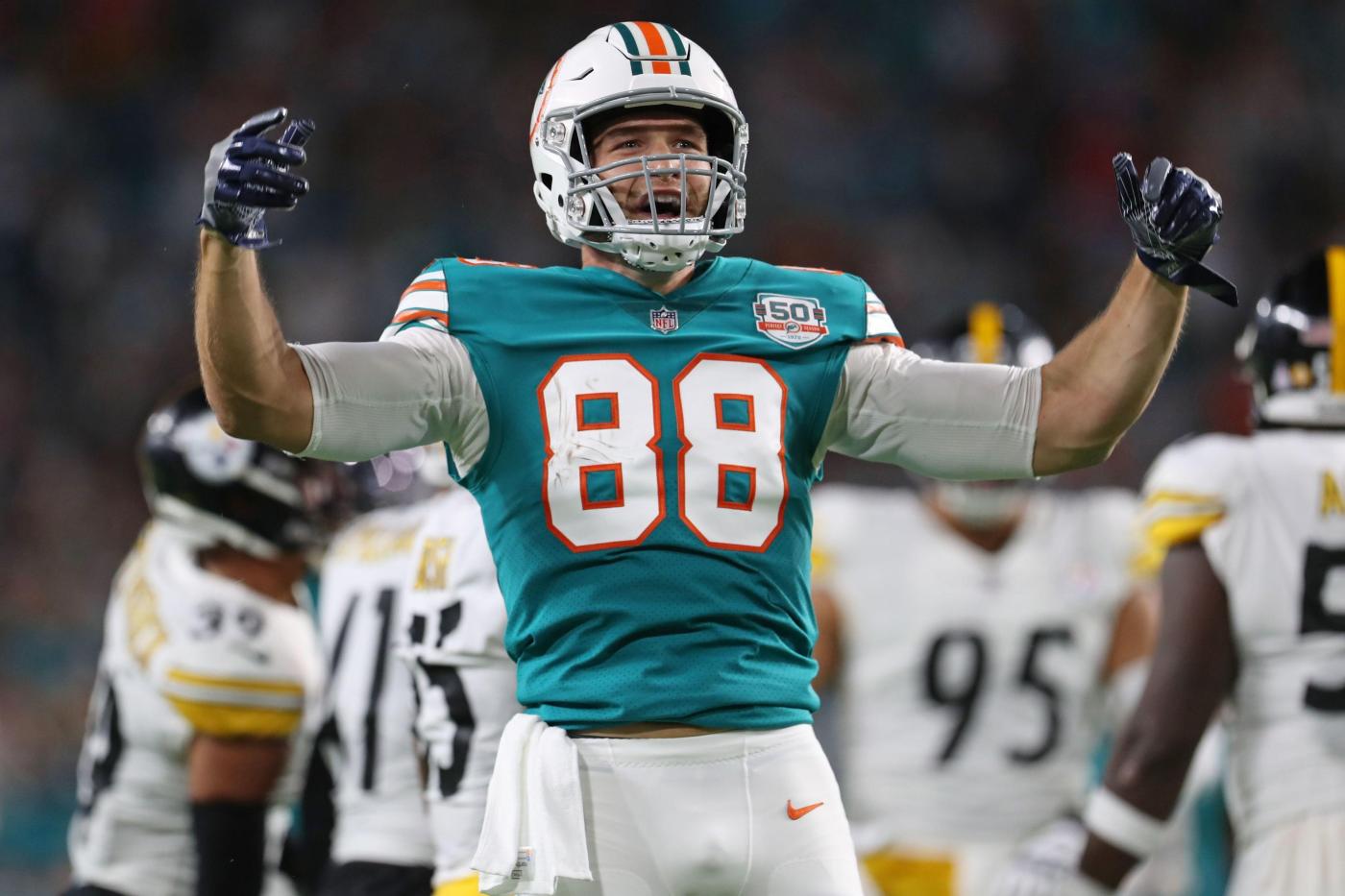 Q: Are you one of the few people that realizes Gesicki is elite and should never be traded, or do you follow what seems to be the consensus that he’s nothing special? Letting him go would be a Welker situation. – @turnergraphics on Twitter

A: Mike Gesicki is always a popular topic here. I think Gesicki is a weapon at tight end and should be utilized. But the consensus isn’t that Gesicki isn’t special. He is. He doesn’t fit the current offense, which requires a tight end with better blocking skills. Gesicki isn’t a blocking tight end, he’s a receiving tight end. However, this team could use his offensive skills. This isn’t a high-scoring offense. It could use Gesicki on seam routes and in the red zone. He can do things many other tight ends can’t, such as going up high for that touchdown reception at Baltimore. Gesicki had three receptions for 38 yards and a touchdown last week and has 21 receptions for 235 yards and four touchdowns on the season. We’ll know Tuesday afternoon/evening whether he gets traded. The trade deadline is 4 p.m. Tuesday. I think the Dolphins are better by keeping Gesicki.

Q: Is Robert Jones the starter at LG with Eichenberg out? – @GabeHauar on Twitter

A: Yes, most likely Robert Jones starts at left guard while Liam Eichenberg recovers from his knee injury, which doesn’t seem to be season ending. Eichenberg has had his struggles and he’s been honest about those struggles. But his last two games showed improvement. Jones played 15 snaps against Detroit and seemed to play well. As long as Terron Armstead is at left tackle, the left guard’s job becomes easier. If Armstead misses time, it hurts both left tackle and left guard, and after that you get widespread issues that lead to a decline in the run game plus sacks, quarterback hits and quarterback hurries. You can be sure the Bears are going to test Jones Sunday with one-on-one matchups and stunts/games, the latter to see if the communication is good between Jones and Armstead, and Jones and center Connor Williams.

Q: What is McDaniel doing differently from Flores that has made this team so undisciplined? Is it a simple fix? – @mr_jaystudsbake on Twitter

A: It should be a simple fix. Players must put a bigger focus on the penalties and be more disciplined. But the penalties keep happening. I can’t figure out why this constantly happens. The Dolphins can win as a highly-penalized team — as they’ve shown. Dallas also is winning despite a high rate of penalties. It’s No. 4 in penalties (55 for 418 yards) and the Dolphins are No. 5 (55 for 418 yards). Eventually, those miscues could prove costly.

Q: Good to have Kohou and Crossen back. They made their presence felt in 2nd half. On ST too. Was slow start by D them shaking off some rust? – @AnthonyLotus823 on Twitter

A: I think the slow start on defense was a number of things, including having two rookies start in the secondary with cornerback Kader Kohou and safety Verone McKinley III. Kohou played 57 snaps from scrimmage (95%) and McKinley played 48 snaps (80%). Crossen played 14 snaps (23%). There was an adjustment period. You had youthful players in a road game in personnel alignments that aren’t common or familiar to them or others. And the Dolphins pass rush didn’t cause much disruption with its two sacks and two quarterback hits. Beyond that, Detroit can score. Their record isn’t good at 1-6. But they’re ninth in the league in scoring at 24.7 points per game. They can periodically cause headaches for a defense. Give credit to the coaches and players for getting things worked out and not allowing any points in the second half. And, yeah, having Kohou and Crossen back allows the defense to breathe a bit easier.

Why not use Mike Gesicki as WR?