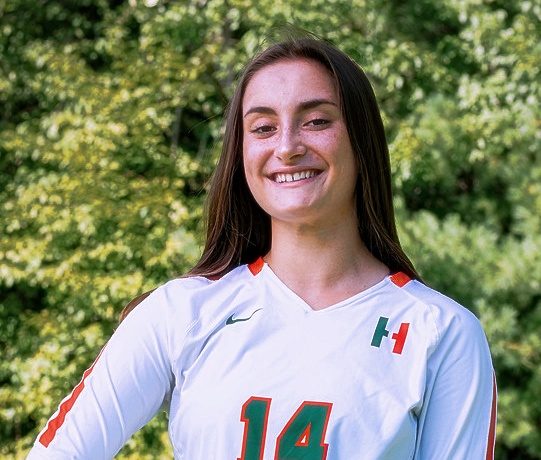 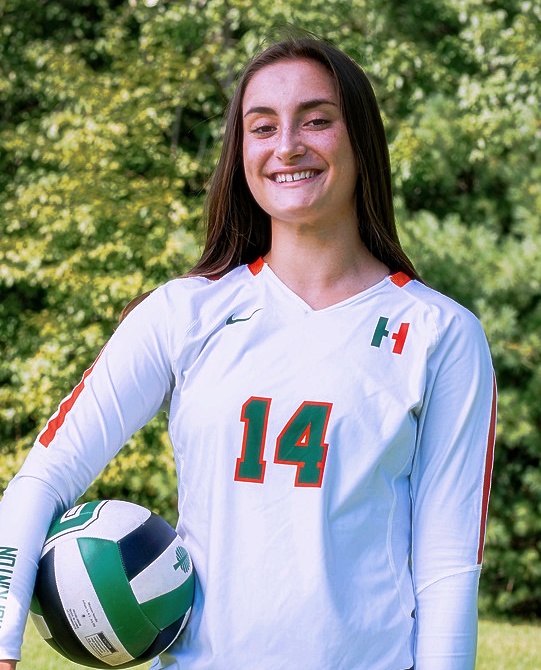 The Needham girls volleyball team is ready to go again after securing another Div. 1 state championship last fall, but the road back to glory will be challenging.

The Rockets maintain three starters, captained by senior outside hitter Evie Lockwood Mullaney. Samantha Tam, who registered 265 kills in her All-Scholastic sophomore season a year ago, will play on the outside as well. Izzy Streeper is the new libero.

“My goal right now for us is that we just get a little better each day and keep pushing our program to reach its maximum potential,” said Needham coach Courtney Chaloff. “We’re going to have to figure out some new roles this year with so many seniors who graduated last year, so I suspect it may take us some time to really find our groove but I am eager and excited about this season to see what we can do.”

Hockomock League All-Star Taylor Lacerda is back as Franklin’s outside hitter, along with senior setter Meghan Linkkila and senior libero Georgia Harvey. Grace Lacerda and Rachel Taylor are the other returners for the Panthers.

Junior setter/opposite hitter Emmerson Cerasuolo comes in off a Merrimack Valley Conference All-Star campaign for Haverhill. She will be joined by outside hitters Mia Ferrer-Valdez and Taylor Lewis. Morgan Flaherty will block from the middle, with Gabriella Burdier occupying the back row.

Barnstable is bringing back nine players, including Cape & Islands League All-Star middle hitter Lindsay Jones. Charlotte Sullivan joins her in the middle, and Lillie Ells will hit from the opposite side, with Logan Hurwitz as the libero.

North Andover retains All-Scholastic senior middle blocker Nadine Abdat. Fellow senior Annie Lacombe will help fill up the middle, while Jaylynn DesRochers and Brigid Gaffny will hit from the outside. Anna Wong will be the setter, and Katherine Crateau and Sadie Salafia will do the bulk of the defensive work for the Scarlet Knights.

Newton North and Concord-Carlisle are expected to make noise as well. Both programs have a multitude of returning players from their tournament runs. Hopkinton graduated All-Scholastic Sam Berenson and three Tri-Valley League All-Stars from its undefeated Div. 2 state title-winning roster. But seniors Katie Cooper, Maggie Fallon, Emily Graeber, Abigail Hardenbrook, and Annabelle Senseney are going to retake the court, as is junior libero/defensive specialist Abigail Hebert.

King Philip is suiting up six seniors, captained by middle blockers Emily Sawyer and Sami Shore, and outside hitter Ahunna James. Olivia O’Neill, Missy Canning, and Kiera Hagen are also coming back for the Warriors.

Opposite hitter Olivia Bento, libero Naomi Boldebuck, and Merrimack Valley Conference All-Star outside hitter Abby Downs are the senior captains for Billerica, which enters the season after a quarterfinal appearance.

“We lost a lot of key players to graduation, but we have a large group of returners who are hard working and determined to be just as successful,” Billerica coach Brittney Apostolakes said. “The girls have been working both in season as well as out of season to fine tune their skills and add what they can to our program.”

Dartmouth maintains five players from its 2021 elite eight squad, led by senior captains and Southeast Conference All-Stars Lauren Augusto and Ava Crane. Crane will hit from the outside along with juniors Gaby Velazquez and Brooke Davis. Augusto is the setter, with Erynn Jasparro hitting from the opposite side.

In the Div. 3 field, Old Rochester comes in off an 18-2 state championship season. Ella Soutter, Kamryn Rodrigues and Cami Van Ness are the outside hitters for the Bulldogs, with Aubrie Leterneau doing the setting. Reagan Rock will block from the middle, and Caroline Brogioli and Emma Van Ness will be the defensive specialists.

Tewksbury brings back Merrimack Valley Conference All-Star senior libero/outside hitter Carrina Baron. Chloe Burns and Vanessa Green are the outside hitters, while Ava Nordbruch and Tori Rowe will hit opposite. Maddy Montejo will block from the middle, and Kiley Kennedy will be the setter. Cape Ann League All-Star outside hitter Grace Sorenson will be one to watch for Ipswich. Kendra Brown, Tess O’Flynn, Carolyn Bailey, and Ella Stein are the other key returners for the defending Div. 4 champions.

Medway is returning seven players, including Tri-Valley League All-Star senior libero Mary Keating. Hannah Blenkhorn and Emily Infanger are the defensive specialists, with Samantha Fleming and Bridget Haddigan hitting from the outside. All-Scholastic outside hitter and Cape Ann League MVP Ella Gizmunt is closing in on 1,000 career kills for Lynnfield. The Pioneers have five other returning seniors, along with sophomore Chase Carangelo.

Bourne will be captained by senior defensive specialists Mary Berio-Rowlands, Kendall Fortune and Sarah Sweeney. Five additional players will return for the Canalmen, who will look to build off their Div. 5 final four appearance of a season ago.