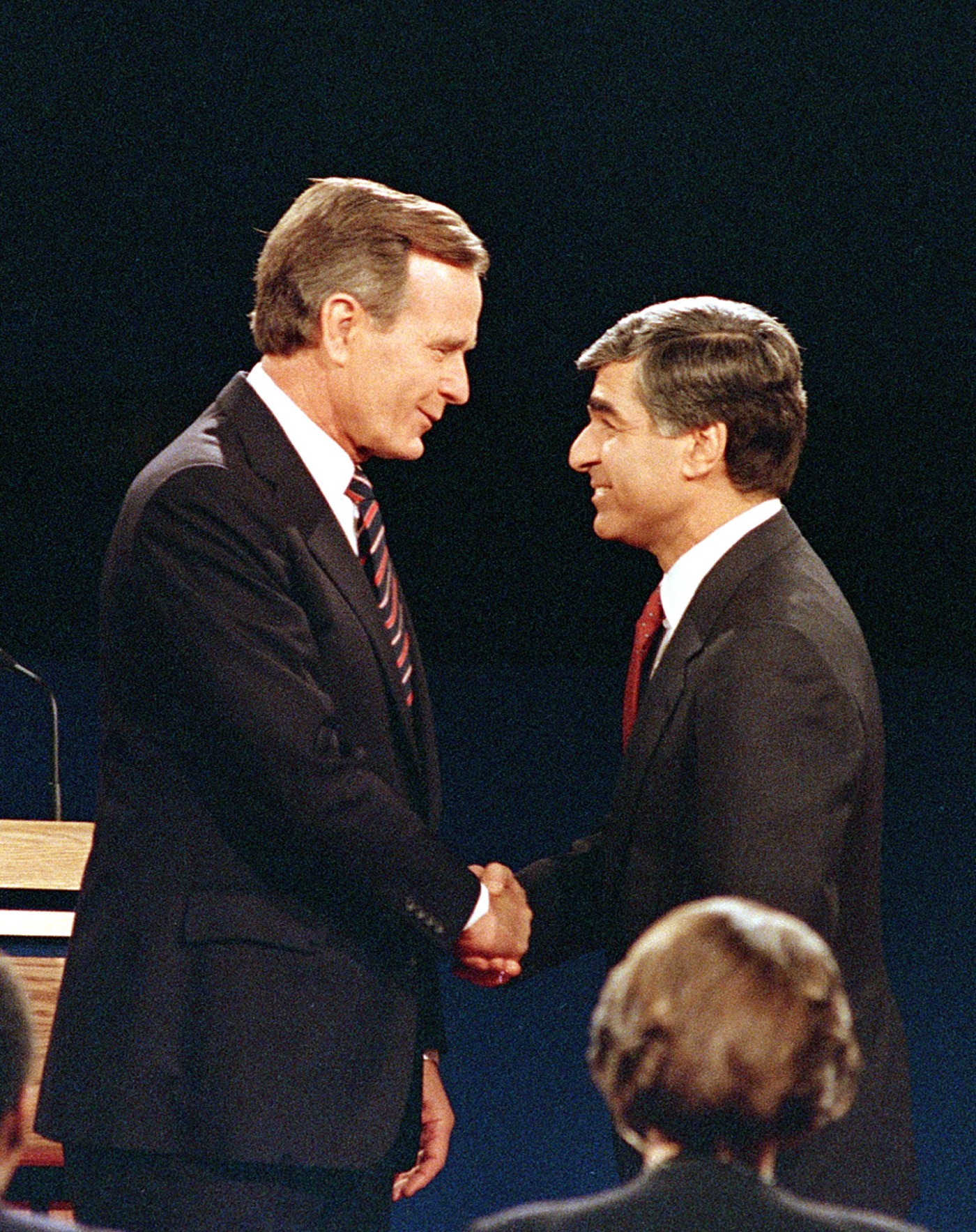 RUN TIME: Even before Republican candidate George H.W. Bush and Democratic candidate and Massachusetts Governor Michael Dukakis took to the debate stage during the 1988 presidential campaign, Bush had already courted controversy with his “Willie Horton” ad taking aim at Dukakis and his stance on crime. The debate that followed, as seen in this Oct. 13, 1988 photo of the pair before their second round at  Pauley Pavillion on UCLA campus, in Los Angeles, did Dukakis no favors. As Tom Brokaw of NBC reported on his Oct. 14 newscast, “The consensus tonight is that Vice President George Bush won last night’s debate and made it all the harder for Governor Michael Dukakis to catch and pass him in the 25 days remaining.” And the rest is history. (AP Photo/Lennox McLendon, file)