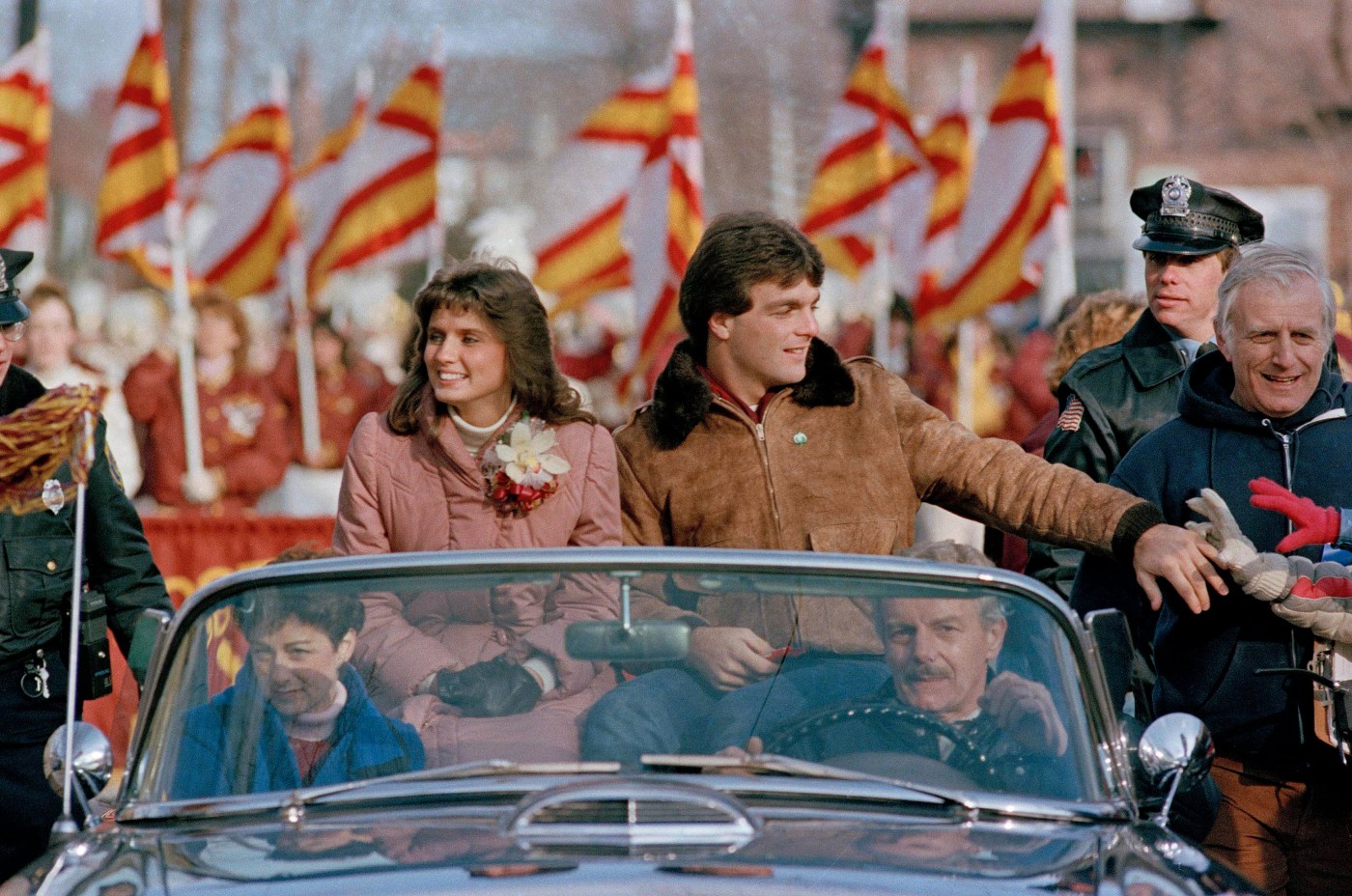 Before his long career as a pro, Doug Flutie was local kid playing quarterback for the Boston College Eagles. Then came The Pass. In a game pitting the Eagles against the Miami Hurricanes on Nov. 23, 1984, Flutie pulled off a last-second Hail Mary pass to wide receiver Gerard Phelan. BC got the win, and Boston had a hero. When this Jan. 27, 1985 photo was taken, Heisman trophy winner Flutie reached out to touch fans along the motorcade route next to fiance Laurie Fortier during a parade held in his honor in his hometown of Natick. The couple  married later that year. (AP Photo/Charles Krupa).