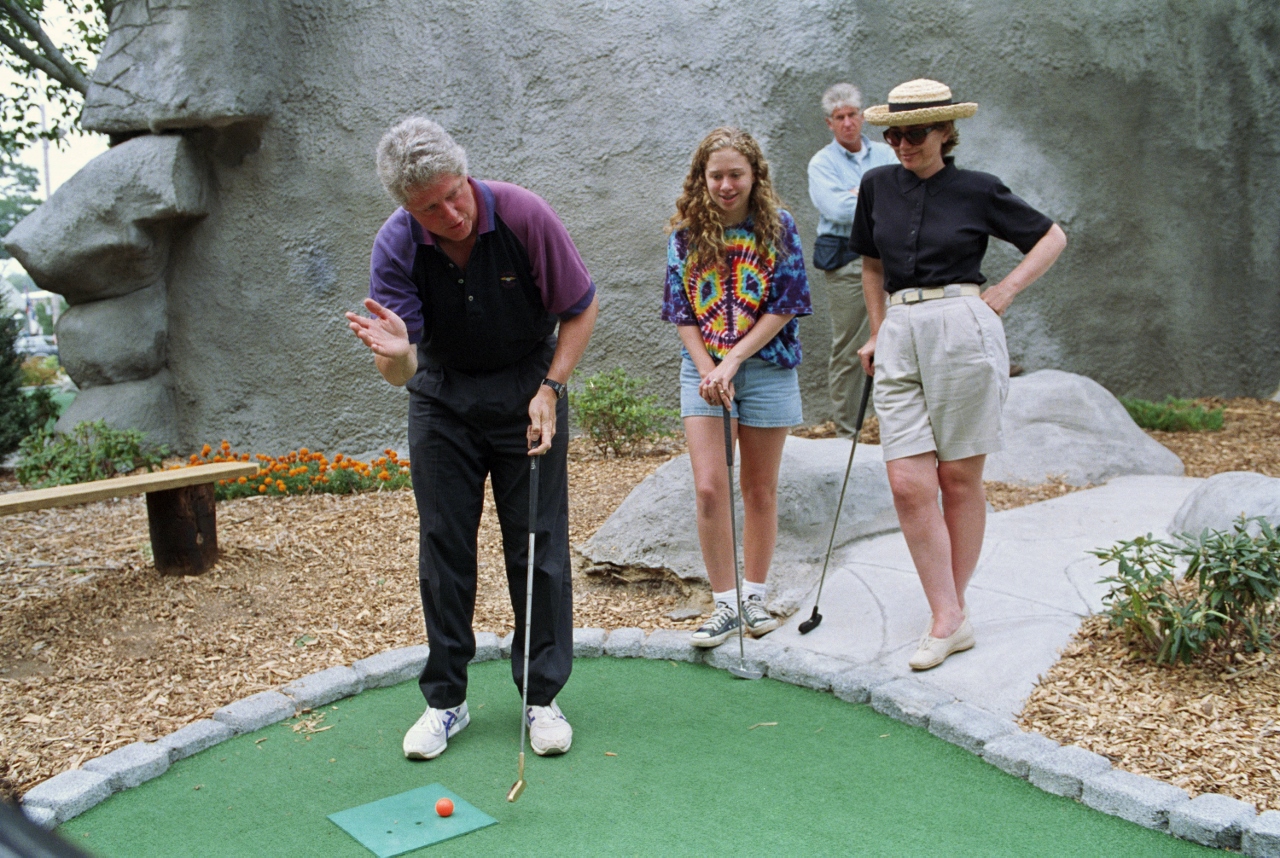 SIMPLER TIMES: Before former President Barack Obama dropped $11.75 million on a cozy estate on Martha’s Vineyard, then-President Bill Clinton made the island one of his top vacation destinations. This photo was taken on Aug. 28, 1993 — two years before Monica Lewinsky and her thong had even started at the White House. Here President Clinton lines up a shot as his daughter Chelsea and wife Hillary watch while playing miniature golf at the Island Cove Mini Golf course in Vineyard Haven. That’s a Secret Service agent standing watch in the background. (AP file photo)