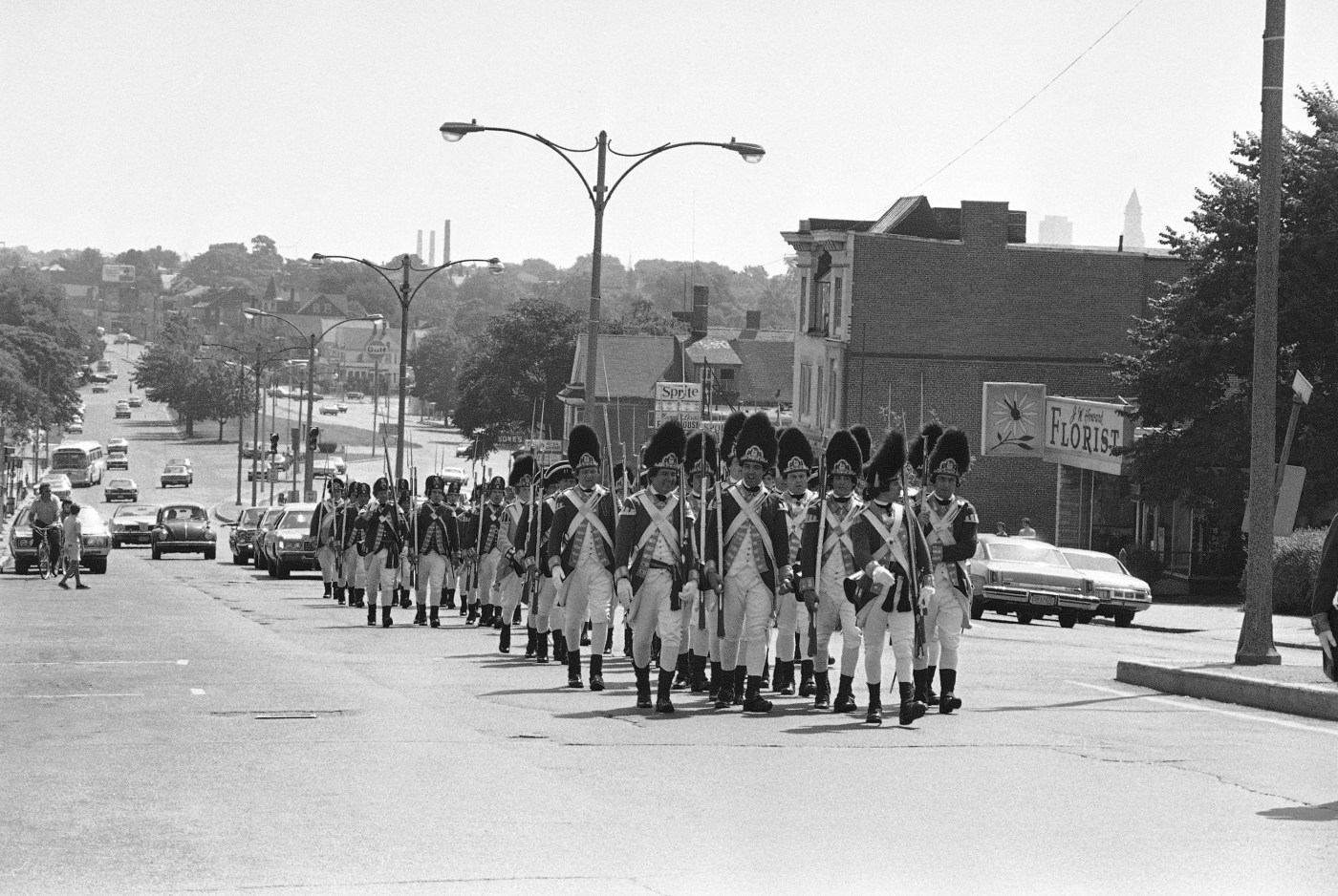 THE BRITISH WERE COMING: The mid-’70s were a boom time for all things Colonial. The nation celebrated its bicentennial proper in 1976, but the years leading up to the big birthday ushered in their own commemorative events. When this Sept. 2, 1974, photo was taken, the American Contingent of the British 10th Regiment of Foot marched up Broadway in Somerville, on route to the Powder House to re-enact the 1774 British raid. (AP File Photo)