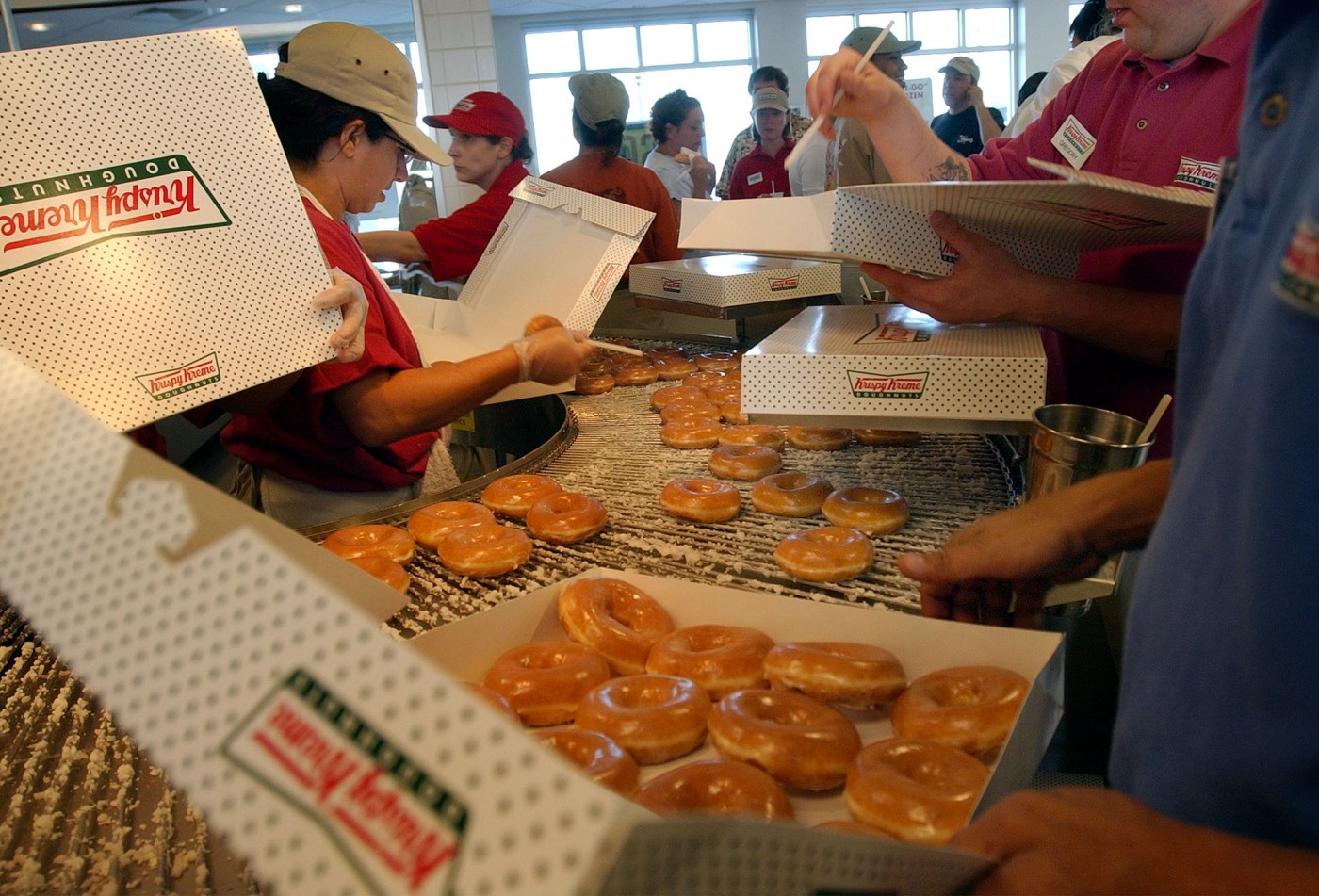 THIS MEANS DOUGHNUT WAR: Krispy Kreme’s hot glazed doughnuts had achieved cult status as the 21st century dawned, and celebrities such as Nicole Kidman, Chris Rock, Jay Leno and others were seen munching on the sweet treats. The company expanded, opening stores around the country and gaining fans. And then it hit Boston. When this June 24, 2003, photo was taken, Krispy Kreme workers packed doughnuts in Medford during their first business day at the first Krispy Kreme shop in Massachusetts. But this is Dunkin’ Donuts territory, and while Krispy enjoyed some initial success, the company struggled financially, and soon all local shops closed. Massachusetts-based Dunkin’, aka Dunkies, has a firm, chocolate-frosted place in the hearts of Bostonians — and outnumbers Starbucks locations 4-1 in the state. (AP Photo/Chitose Suzuki)