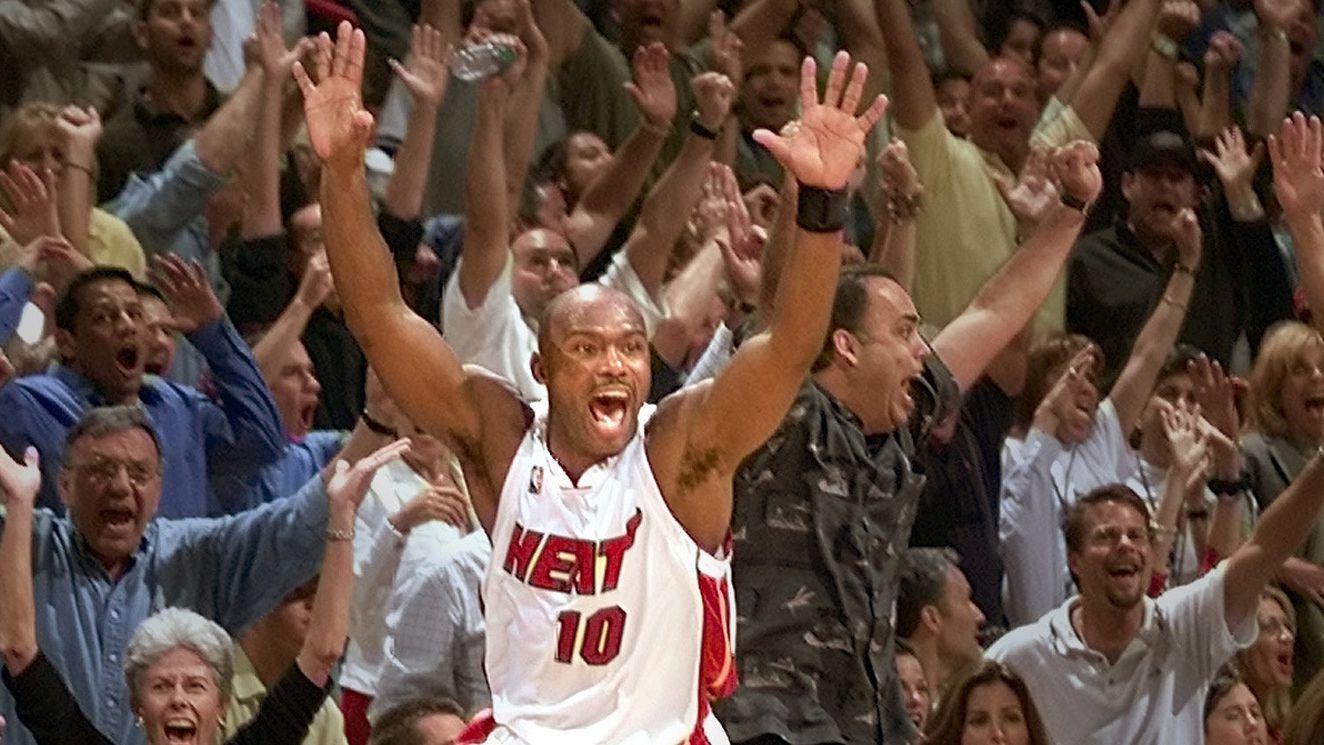 Tim Hardaway decided it was best to step aside graciously, arguably the proper approach considering he was about to get shoved aside.

In 367 career regular-season games with the Miami Heat, Hardaway set a franchise record with 806 3-pointers, a record that stood since his 2001 departure.

More than two decades later, as the Heat prepared to open their five-game western swing with Friday night’s game against the Denver Nuggets, Duncan Robinson stood with 804 in 264 games with the team.

“I’m happy for Duncan,” Hardaway said Thursday. “He’s a hard worker. He’s been through a lot just to get to where he is today. And he put in hard, hard work. He’s just confident in himself and he deserves it.”

For Hardaway, there is somewhat of a family connection to the moment, with Dallas Mavericks guard Tim Hardaway Jr. and Robinson having grown close through their common University of Michigan roots.

“They speak all the time,” Tim Sr. said. “They talk to each other during the summer. Michigan guys are like a fraternity, like the Kentucky guys.”

It is through the friendship that Robinson achieved greater insight into Hardaway’s Heat legacy and the 3-point record.

“I know Tim Jr. pretty well,” Robinson said, “so I’ve gotten to know Tim Sr. a little bit, obviously a great player, legendary player, ahead of his time. He changed the game, with handles, crossover, all that stuff. I mean he’s a great player, a Hall of Famer.”

As for the record, Robinson said it hasn’t exactly been a focus, but a chase that hardly could be ignored.

The times, of course, were different.

Had Hardaway achieved a career high of 17 3-point attempts in a game like Robinson, Pat Riley might have strangled him.

From Erik Spoelstra, the constant mandate has been to shoot even more.

“Today,” Hardaway said, “everything is predicated on threes. Back then, we weren’t even looking at threes like that. We were just looking at, ‘I’m open here and I’m shooting it.’ But these days, it’s analytics. It’s threes and layups and free throws.”

Of which Hardaway has no issue.

“Somebody who works for it and plays hard and did all he could do for his team, I’m all good,” Hardaway said of Robinson’s emergence from undrafted Wolverine. “I’m with that. I’m very happy for him.”

Appreciating all along the likelihood that he merely was a placeholder.

“I mean it’s pretty humbling,” Robinson said of the pursuit of Hardaway. “I didn’t expect it, didn’t anticipate it. But I’m a beneficiary of a lot of good teammates, the times, shooting a lot of threes.”

And so, Robinson gets to put his name alongside other franchise’s all-time three kings such as Dirk Nowitzki, Paul Pierce, LeBron James, Stephen Curry, Reggie Miller, James Harden, Kobe Bryant, Kevin Durant, Steve Nash and Damian Lillard, among others.

“A lot of things are just out of my control,” Robinson said. “But one thing I can control is to keep shooting. And through some ups and downs, whatever, to be the franchise record and be around 40 percent, pretty proud of that, for sure.”