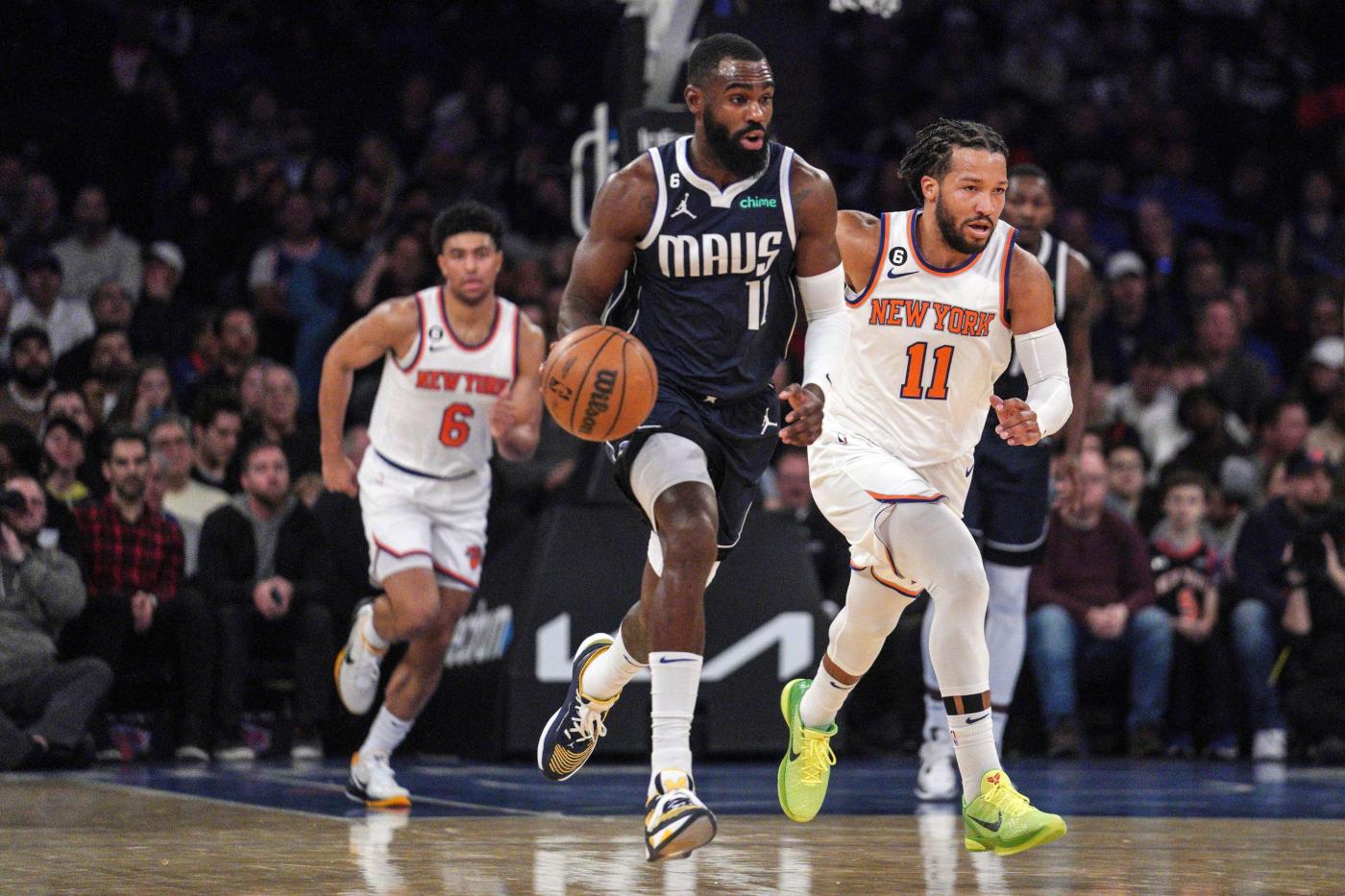 The Knicks have been down this road a few times this season, the kind of embarrassing defeat that prompts pressing questions about the roster, the coach, the nearly 50-year championship drought.

It’s not a sustainable way to go through 82 games, and there’s not much flexibility with a roster that is capped out. But Jalen Brunson, probably the best player on the team this season, doesn’t believe disasters like Saturday’s 121-100 loss should fall on Tom Thibodeau.

“Coach Thibs has done a great job,” Brunson said. “He’s been able to put us in positions where we need to succeed. I think he knows where to put those puzzle pieces. It’s just on us to actually execute and do things. So it’s just — I know he’s going to get a lot of the blame, guys are going to get some of the blame. It’s on us. We’re the players out there not battling. It’s his job to put us in positions which he’s done.”

The Knicks (10-13) were booed off their home court Saturday afternoon, losing for the seventh time in their last eight games at MSG. The turning point was a third-quarter won by the Mavericks, 41-15, with Tim Hardaway Jr. and Luka Doncic barraging the Knicks with 3-pointers.

Hardaway Jr., the two-time former Knick who was shipped out for a second time in the Kristaps Porzinigs trade, was the Dallas hero with 28 points on eight treys. During his hottest moments of the third quarter, it appeared Hardaway Jr. taunted the MSG crowd by yelling, “This my city.”

But it was something else that included an expletive — a word that sounds like ‘city.’

His revenge game contrasted a dud from Brunson, who played four seasons with the Mavericks before spurning them in free agency for the Knicks. In the first game against his former team, Brunson matched his season-low with 13 points. The Knicks were outscored by 26 with him on the court.

Brunson’s only victory was a bet with Doncic on the Eagles beating the Cowboys. As a result, Doncic arrived at MSG in an Eagles jersey that read, ‘JB Son.’ Then the 48 minutes of basketball sapped Brunson’s joy.

“I’ll be honest, it was not fun [playing my former team],” Brunson said. “I mean, they played great tonight. You’ve got to give them credit.”

The defeat came after three semi-encouraging performances from Thibodeau’s squad, which included close losses to the Grizzlies and Bucks. But as they rack up defeats to every opponent that has a star – with Doncic, who scored 30 points Saturday, becoming the latest – there are no illusions about the Knicks being a contender. As predicted, the play-in tournament is their appropriate bar.

Thibodeau, who has already coached more games than the previous five Knicks coaches, gave a pitch for stability when asked how the players are responding to the uptempo style of play.

“You look at it in totality in terms of, does this give us the best chance to win and I think it does,” Thibodeau said. “The bounce of the ball goes a different way, there’s probably three or four more wins.

“Over the course of a season you’ve got to believe that it works itself out. I want us doing the right things each and every day. Trust what we’re doing. Keep working at it. When we fall short, we’re disappointed but be more determined the next time and learn from it, grow. And we have a lot of young guys that will get better as we go along. So stay the course, be strong-minded, be determined and every night. Just look at the scores, there are crazy scores every night.”

From a blowout defeat to a sad reminder.

It’s shaping up as a cruel back-to-back for the Knicks, who host Donovan Mitchell and the Cavaliers on Sunday night.

The Knicks’ failed pursuit of Mitchell was a defining moment for the Knicks front office, which balked at Utah’s price and watched the All-Star get scooped up by Cavs president Koby Altman.

It’s still just a quarter through the first season but Leon Rose’s decision looks like a backfire. Mitchell is averaging nearly 29 points for the Cavs (15-8), who blew out the Knicks in Cleveland earlier this season.