Time for Matt Patricia to cut it loose on offense 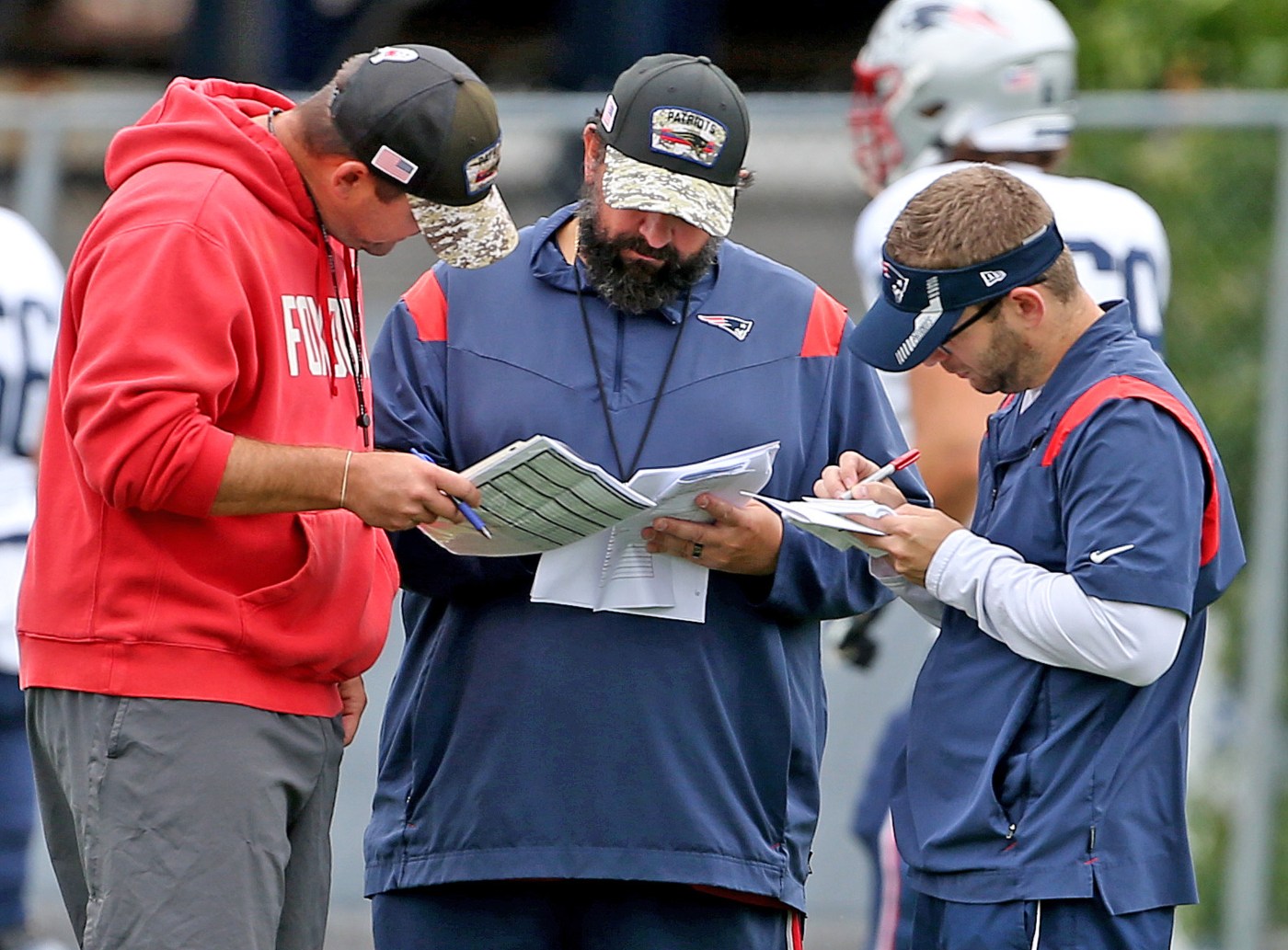 FOXBORO — The Patriots will be playoff-bound if they win out.

The biggest deterrent to accomplishing that mission?

The offense. It doesn’t score enough points, and can’t get out of its own way.

Well, here’s an unsolicited piece of advice for play-caller Matt Patricia with Miami and Buffalo on deck.

Change course. Forget what you’ve been doing. And by all means, do not get any more conservative and continue to play scared just because it’s one and done from here on out.

At this point, Patricia has to change his strategy. He has to let it fly. Throw all caution to the wind and open up the offense.

What does he have to lose?

There’s no sense continuing with the guarded, protective, timid offense that’s been on display for much of the season. C’mon, Matt. It’s time to let your hair down. Live a little.

Dial up a few more plays downfield. Give us more Kendrick Bourne and a little more creativity.

The Patriots need more from the offense. Along with a bigger dose of Bourne, Patricia needs to make more use of the no-huddle. Mac Jones tends to find his rhythm in that setting.

Relying on the defense to make stops, and score on turnovers, will only take the Patriots so far. As it is, all of the managing, controlling and conservatism sends the message that the coaches don’t trust the quarterback.

It works the other way, as well. All of Jones’ arm raising, whining and gesturing suggests the quarterback also doesn’t trust his play-caller and decision-makers on offense. Fine.

It’s Week 17, and that’s still the elephant in the room. But that’s also an issue that will ultimately have to be ironed out after the season. Right now, it’s more about finding a way to win the last two games.

What’s the worst that can happen if Patricia loosens his death grip on the offense and takes the straps off Jones?

They play no better, score the same paltry amount of points, but in the process learn that the simple, cautious approach really wasn’t the biggest issue all along. Maybe they find out it was more of a talent problem.

Conversely, at best, it’s possible they’ll discover something that’s been missing all season, and have the offensive unit finish the season on a positive note. Or even better, they win out, and give themselves a shot at making the postseason with a more functional and explosive offense.

Isn’t that the point? To do what’s necessary to beat the Dolphins and Bills?

On Christmas Eve, they opened things up a little more against the Bengals in the second half, after being down 22-0, and in the process discovered a new receiver – Bourne.

Actually, he’s an old receiver who’s been buried all year. If they continue to wait until desperation time to use him, that just continues to feed into the insanity that’s already on the books.

Against the Bengals, Bourne finally looked like the player most thought he’d be in 2022. Save for Marcus Jones, Bourne is the most explosive player they have on offense. They’ve always needed more of him, not less. His performance against the Bengals (six catches, 100 yards) was a reminder of what he’s capable of doing if given the opportunity.

It’s time for Patricia to realize that and take better advantage of Bourne’s assets.

Fine, now get him out of purgatory and give him more chances to affect a game.

And, if possible, seeing more of Marcus Jones — if he clears concussion protocol — on the offensive side of the ball would help, too. Granted, Bill Belichick provided chapter and verse on why Jones, who is primarily a cornerback and special teams returner, can only play so many offensive snaps. Belichick, however, did admit they would be trying to find a few more snaps for him with the offense given how well he’s performed.

“Can we use him a little more? Can we add on to what he’s done? Sure,” Belichick said Monday. “But I don’t think he’ll ever be a full – have the full receiver playbook if you will at this point in time. Definitely not with his other responsibilities as well on defense and in the kicking game.”

That said, Patricia still needs to dump the bland ingredients, and provide more spice. He needs to find a way for the offense to put up more points. The 21.2 points per game average, which is in the middle of the pack, isn’t likely going to cut it against Miami or Buffalo.

If the defense surrenders 20 or more points to the Dolphins and or Bills, they’re cooked. This season alone, the Pats are 0-8 when allowing 20 or more points. So it’s time to open things up. Patricia has to cut it loose.

On Tuesday, he pointed to injuries as a bit of an excuse.

“With (Devante) Parker not in, or in, or Jakobi (Meyers) in, or Jakobi not in, we’ve had some moving parts there,” he said. “That consistency is what we’re obviously still pushing for. We’re running out of time here. But, we gotta get it this week against Miami.”

Instead of playing not to lose, the Patriots need to adopt a new mindset: try playing to win.