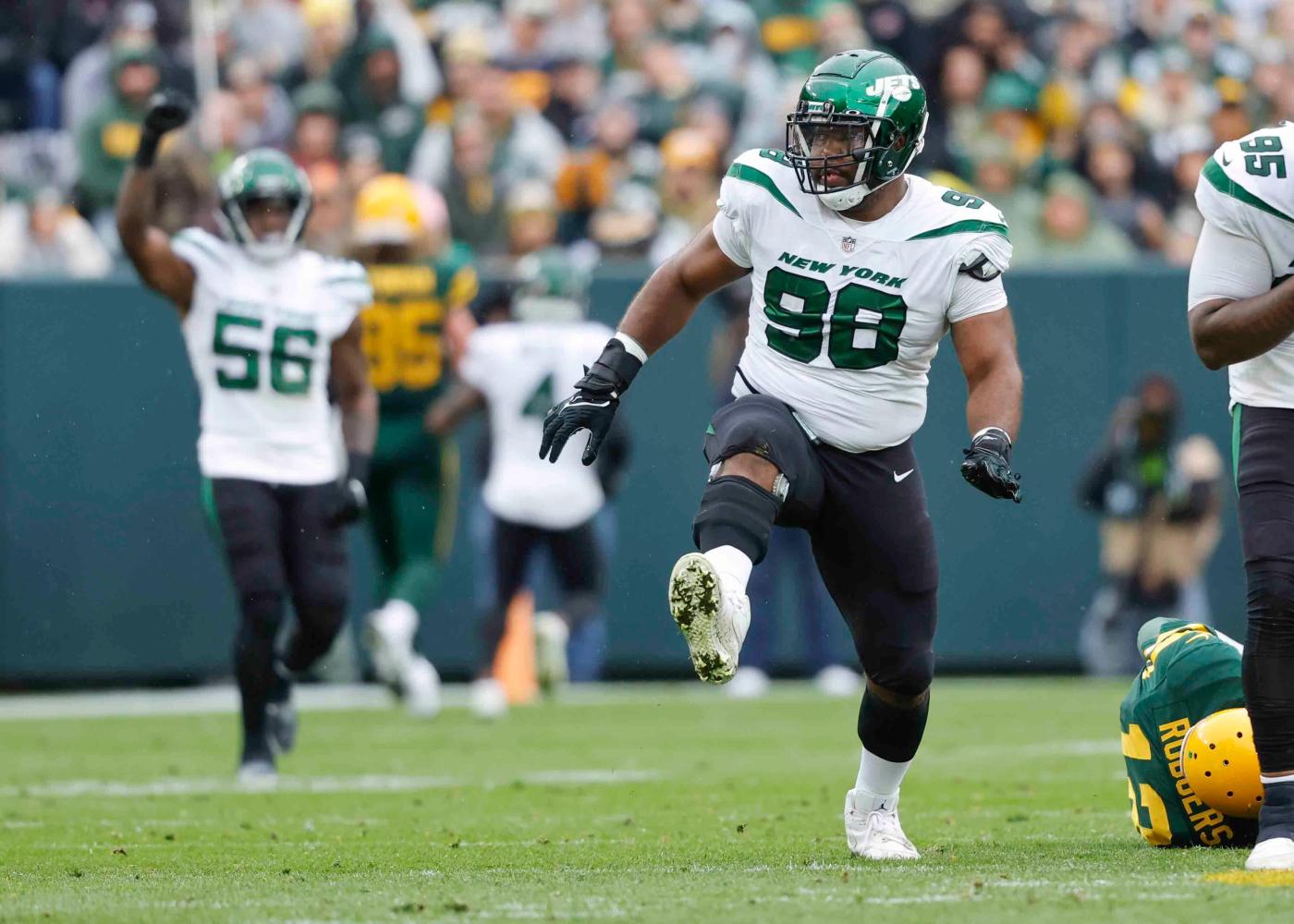 For the better part of the last 20 years, the Patriots have owned the Jets in this storied rivalry.

Sunday will finally be a chance for Gang Green to hit New England back in the mouth for once.

The Jets (5-2) enter their first game against the Patriots (3-4), the underdogs but the better team, as they’ve won four straight and five out of their last six games. While on the surface, coach Robert Saleh and the Jets players are pretending like this is just another game, they know beating New England represents much more than that.

The Patriots have won 12 consecutive games against the Jets dating back to 2015. Gang Green is trying to flush the narrative of them being the same old Jets. A win against the Patriots would show everyone they’ve closed the gap in the AFC East.

“It is extremely important,” Sheldon Rankins told the Daily News. “That’s six of your games within a season right there.

“Being able to win and control your division goes a long way in making your playoff goals obtainable and reaching all the goals you’re trying to reach. It starts within your division, so we gotta be able to take care of business.

“Definitely looking to right that ship as we are playing a lot better overall as a team and as a defense. Looking to play a lot better game and put ourselves in position to get another divisional win.”

The Jets-Patriots rivalry really heated up in the late 1990s after Bill Parcells left New England to come to New York. Then Bill Belichick did the complete opposite as he was initially hired to replace the retiring Parcells. But he wanted to be the coach of the Patriots instead as a compensation package was finally agreed upon to let him coach in New England.

Belichick always compliments his upcoming opponent in the press because he doesn’t want to give them any added ammunition for the game. Although he hasn’t said anything negative about the Jets, his actions have spoken louder than his words.

It all came to a head during the second Jets-Patriots game last year at Gillette Stadium. Not only did New England intentionally run up the score in its 54-13 victory over Gang Green, but Saleh was as angry as he had ever been.

During the same game, former Patriots defensive lineman and Pro Football Richard Seymour was honored at halftime and referred to the Jets as the “homecoming” game.

“You give up 50 points, it’s embarrassing,” Saleh said. “A helpless feeling where you’re just watching, you’re trying to figure something out.

“I’ll be honest. We talk about adversity. Everyone was asking. You can chalk this one up, it’s here. This is from coaches all the way down.

“The NFL doesn’t really give a flying f—k.”

Belichick has brought more pain to the Jets than anyone on this planet. Since Belichick has been in New England, the Jets have had seven head coaches. He also has a 34-10 career mark against the Jets.

Saleh said earlier this year that he was taking receipts on all of the doubters out there. Belichick is the enemy No. 1 and his receipts are as long as the ones printed out at CVS.

Publicly, the Jets are saying all the right things about last year’s 41-point blowout. But privately, this team wants this win even more than they wanted to defeat the Dolphins in Week 5.

“I remember a lot of things. I remember it being 40-plus and shots still being taken on us.

“It is what it is, it’s our job as a defensive coaching staff and as a defense to stop that. At the end of the day, it comes down to what we can control, and we allowed way too much last year. Been looking forward to this one.”

Sunday’s game is crucial not only to Jets coaches and players but also to their fans. Gang Green fans have had to listen to New England fans talk about their six Super Bowl trophies over 20 years.

Players and coaches have come and gone, but the team’s fans have remained faithful. One of the Jets die-hard supporters is Jenn Yocca, who grew up in Portland, Maine, which is considered Patriots country.

Yocca’s family has been season ticket holders since the late 1960s, so she was born into Jets fandom. She suffered through a lot of Jets losing seasons, but she learned to love the game in the process.

With the roles reversed a bit, at least this season and the Jets opportunity to get to 6-2 and a possible clash for first place in the AFC East against the Bills next week, Yocca understands the magnitude of Sunday’s game at MetLife Stadium.

“This would be such a huge win,” Yocca said. “Not just for the team, but for the fans as well.

“For years, the Patriots have always been the standard for the NFL. For years, we have had to listen to how good the Patriots are and Belichick is this genius and mastermind.

“To beat him at his own game after he snubbed the team all of those years ago would be huge. It would be showing the NFL that we are here and we are the Jets.”