Todays Though > News > Tip your hat to Dolphins’ offensive line, the most personable crew on the team – Boston Herald
News

Tip your hat to Dolphins’ offensive line, the most personable crew on the team – Boston Herald 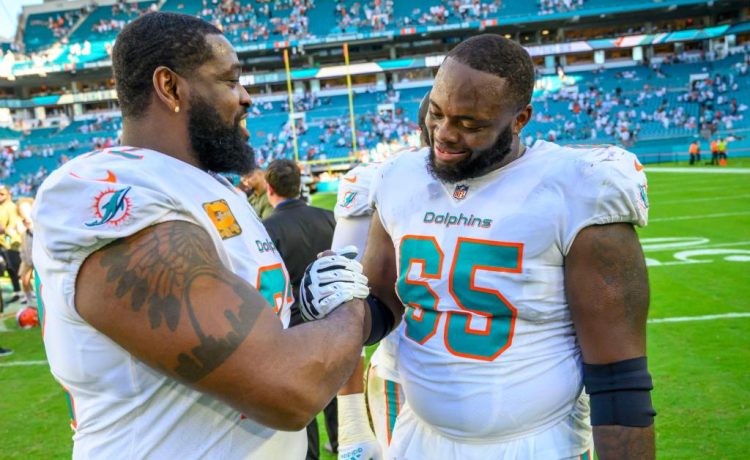 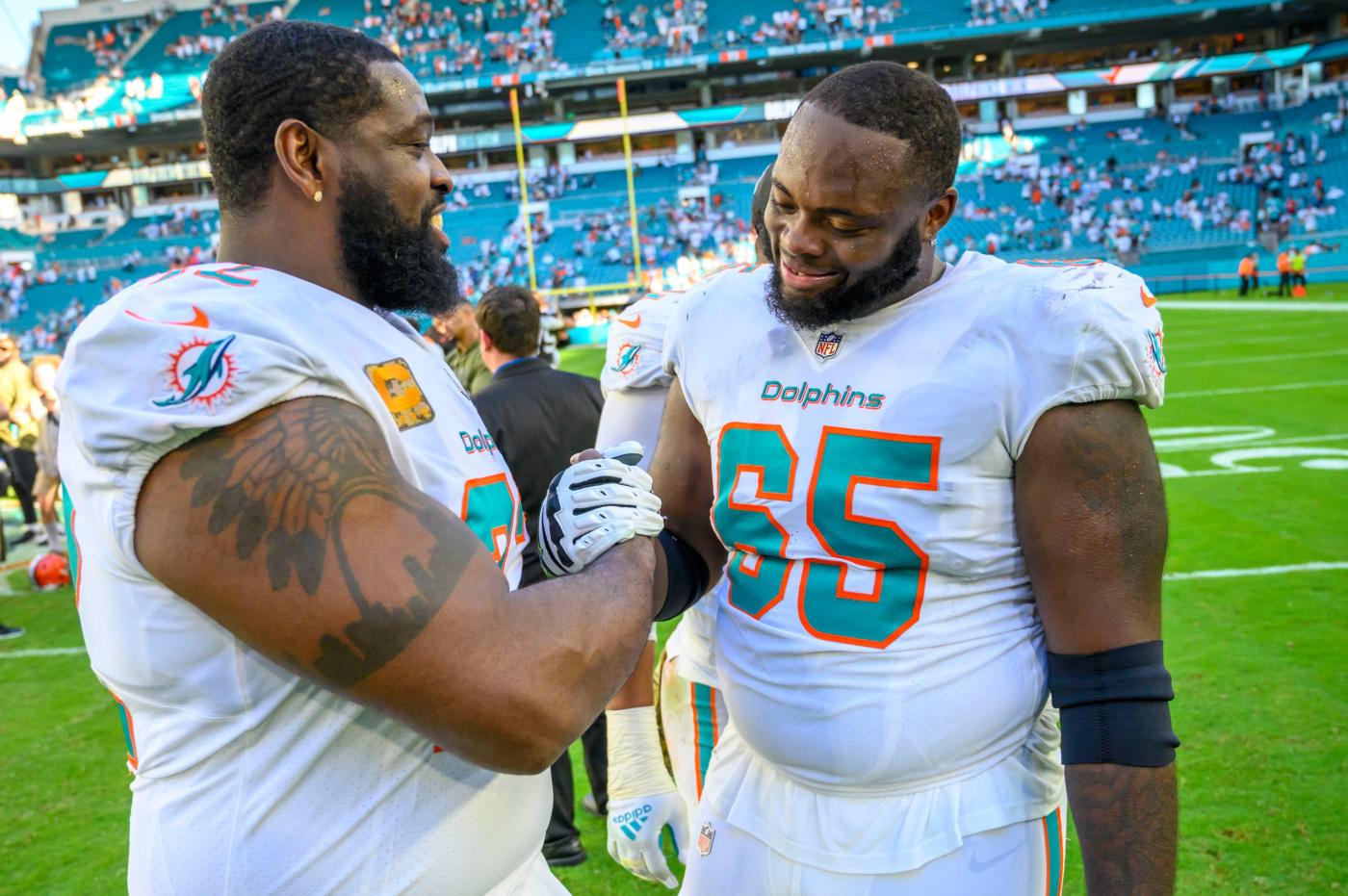 Offensive linemen, as a unit, are usually the most personable guys on any NFL team. You make it a point to check in with the offensive line every day. They’re frequently the wittiest, most down-to-earth, gritty collection of tough guys on the team.

Tip your hat to this Dolphins offensive line.

I know, I know. That sounds strange.

Yeah, quarterback Tua Tagovailoa has had a head trauma/concussion issue this season.

And, yeah, backup quarterbacks Teddy Bridgewater and Skylar Thompson have also had trouble finishing games due to injuries.

Here’s my thing: this offensive line, which hasn’t always been to blame for the quarterback injuries, has played its collective butt off.

No, it hasn’t always been effective.

And, no, they’re not among the league’s best.

But the offensive line, viewed as a weakness entering the season, hasn’t played below expectations, and many times they exceeded them.

On top of that, they’re an interesting group.

“He’s that vet and that leader,” guard Robert Jones said, “a guy who plays at a high level who can help everyone get to the next level of their game. He’s like that extra coach out there, especially knowing what we’re going through while playing. He’s like that big brother to us.”

“Rob Hunt is probably the funniest guy on the team, huge personality,” Armstead said. “Rob Jones, he might be runner up in that category.”

“We’re two characters,” Jones said of himself and Hunt.

There’s center Connor Williams, who has a serious demeanor but can get off a funny line every now and then.

There’s also guard Liam Eichenberg, the most serious guy in the group.

“Coming from Notre Dame, yeah, as you would expect,” Williams said of Eichenberg.

“Liam is unique in a lot of ways,” Armstead said, “He’s older than his age.”

And that’s just the beginning of the introductions.

“When it’s just us we all have fun together,” Jones said. “But when we’re on the field we’re all locked in.”

Some way, somehow, this collection of personable tough guys found time to block in last Sunday’s 11-6 victory over the New York Jets, the game that sent the Dolphins to the playoffs.

This would have been before Shell, who didn’t practice Wednesday, walked through the postgame locker room wearing a knee immobilizer.

It would have been during the time Eichenberg, who also didn’t practice Wednesday, was on the sideline, flexing an arm. This is the same Eichenberg who just returned from a seven-game absence due to a knee injury.

And it would have been after they learned Armstead, the man who missed Wednesday’s practice because he’s battling toe, pectoral, hip and knee injuries, wouldn’t play.

It’s been a tumultuous season for the Dolphins’ offensive line, and the Jets game was a fitting snapshot of the disarray they’ve had to overcome on a weekly basis to help lead their team to the playoffs.

They’ll have to dig even deeper Sunday to help the Dolphins defeat Buffalo in a wild-card playoff game.

Injuries have wiped out much of this week’s starting crew. Armstead, Eichenberg (hand) and Shell (knee/ankle) are all in the questionable/doubtful category for this Sunday’s playoff game.

That’s OK. Hunt likes what he sees when he looks around the offensive line room.

“A bunch of tough guys,” he said. “A bunch of physically and mentally tough guys that’s willing to do anything for the team to help the team out.”

That’s what happened against the Jets.

After losing Shell they shifted Hunt from right guard to right tackle and inserted Jones at right guard.

All the while, Williams, the only offensive player who has played all 1,057 snaps for Miami this season, was doing his thing (Hunt has played 1,056 snaps). Yeah, Williams had a bad snap that quarterback Skylar Thompson had to cover up, but that’s the way it goes sometimes.

The Dolphins’ offensive line, which has undergone lineup shakeups the entire season, starting with Jackson (ankle) being replaced by Little in Week 2, isn’t seeking any sympathy, by the way.

That’s not the point.

The point is the Dolphins’ offensive line has rarely let Miami down, and often played beyond expectations relative to their talent level.

Did the offensive line contribute to each quarterback injury?

Buffalo’s Matt Milano got past the line and knocked Tagovailoa silly.

Cincinnati’s Josh Tupou did the same.

But the Green Bay concussion was different. So was Bridgewater’s injury against the Jets.

Hey, we could analyze all of the quarterback injuries, but let’s not digress.

The point here is acknowledging the gutty effort put forth by the offensive line this season.

Don’t focus on their injuries. Every team has injuries.

Don’t focus on the results.

Focus, as coach Mike McDaniel likes to do, on the process.

These guys found a way, every week, to put their best effort on the field.

It wasn’t always a winning effort.

But it was always a hard-fought, honest, well-intended effort.

Armstead, for example, has a live-in trainer during the season from Dallas to give him constant care so he can get on the field.

“I try to play at a high level,” Armstead said. “I put together a Pro Bowl, All-Pro campaign even dealing with injuries. I could have gotten surgery Week 1 and been done. Against advisement, we locked in and suited up.”

They helped get their team to the playoffs.

I tip my hat to them.