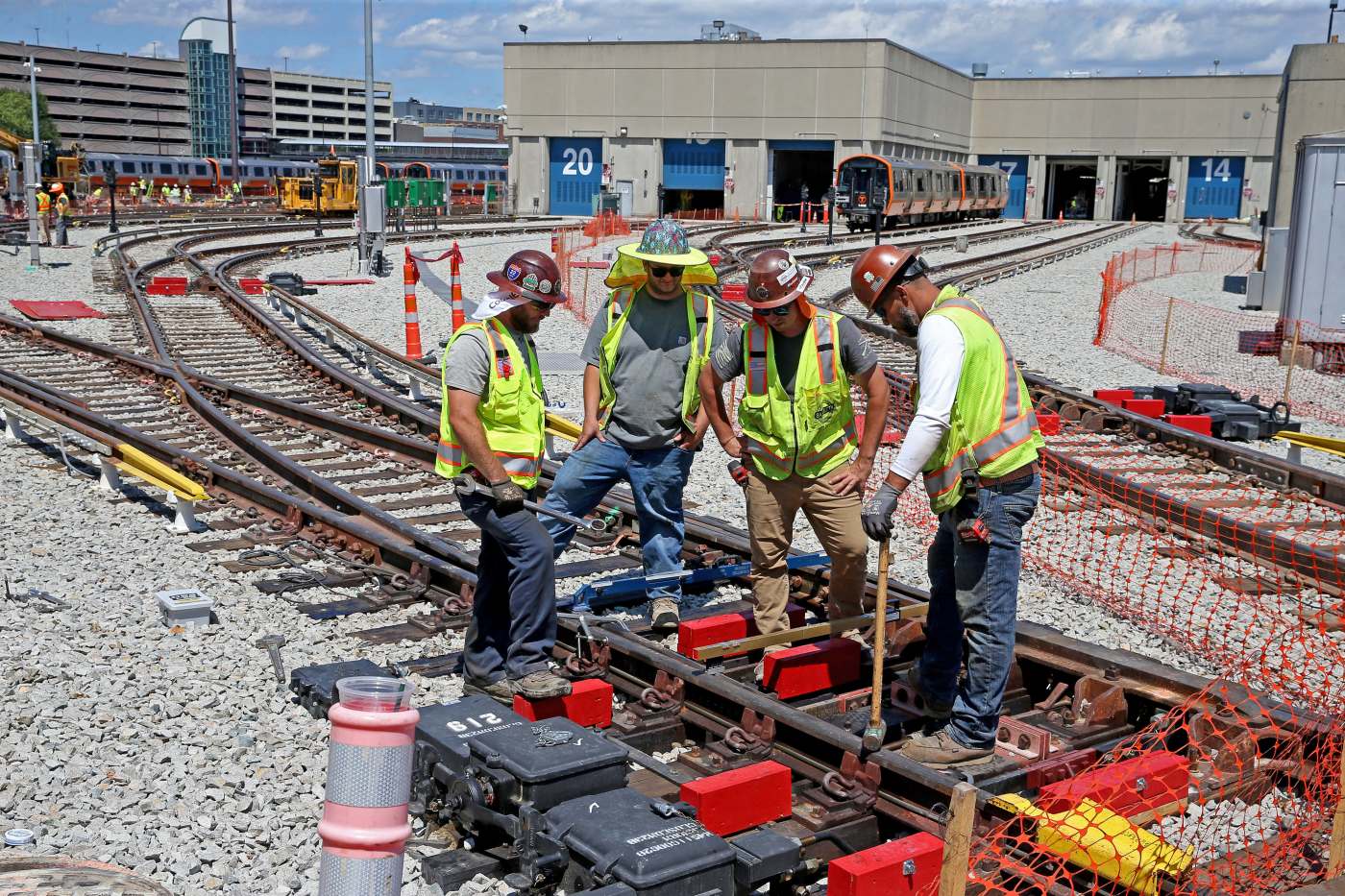 As the fallout from the MBTA’s Orange Line debacle continues to spread, one has to ask: Didn’t anyone at the troubled transit agency ever watch dominoes fall?

This basic lesson in cause and effect has many parallels for the T. Putting safety issues on the back burner touched off a cascade of problems, from derailing trains, unmaintained tracks and finally,  a city scrambling to figure out how to manage transportation for schoolchildren and workers with a branch out of service for weeks.

That’s the hot mess that’s landed on Mayor Michelle Wu’s plate — trying to get students and staff to and from school as the Orange Line shuts down from Aug. 19 to Sept. 18 for repairs.

“We will follow up with more information on hotlines or other ways to access support and better understand your family’s specific transportation routes and alternatives,” they wrote.

Particularly hard hit will be students with special needs who’ve been trained how to go to school using the T, said Roxi Harvey, chairwoman of the Boston Special Education Parent Advisory Council.

“We already have vulnerable students trying to get to school on time,” Harvey said.

“Now, they’ll have the added trouble of trying to figure out which shuttle bus to take.”

The kids are not alone, as the Herald reported, more than 100,000 residents rely on the subway for work and school and other needs each day.

The T noted in a series of tweets Wednesday that it was “working around the clock to prep for upcoming Orange and Green Line diversions,” and “finalizing details for the free shuttle bus route.”

Even if some make use of the commuter rail, that’s a lot of commuters, and a lot of shuttle buses.

All making their way along Boston streets, from Forest Hills through the South End to downtown Boston. All day.

Combine that with adults returning to work (not everyone can toil from home), the phalanx of Ubers and Lyfts plying their trade, and you have the recipe for a traffic nightmare.

Those who cheered the opening of the Green Line Extension are back where they started — the T is shutting it down from Aug. 22 to Sept. 18. Temporary shuttle buses will replace Green Line service between the Government Center and Union Square stations.

All this amid high diesel prices.

The Federal Transit Administration’s probe into safety problems at the MBTA isn’t the first time the agency was called out for falling short.

It just took that first domino to fall unchecked for years of problems to follow. And here we are, facing a painful start to the school year.

Who would have thought remote learning could look so good?