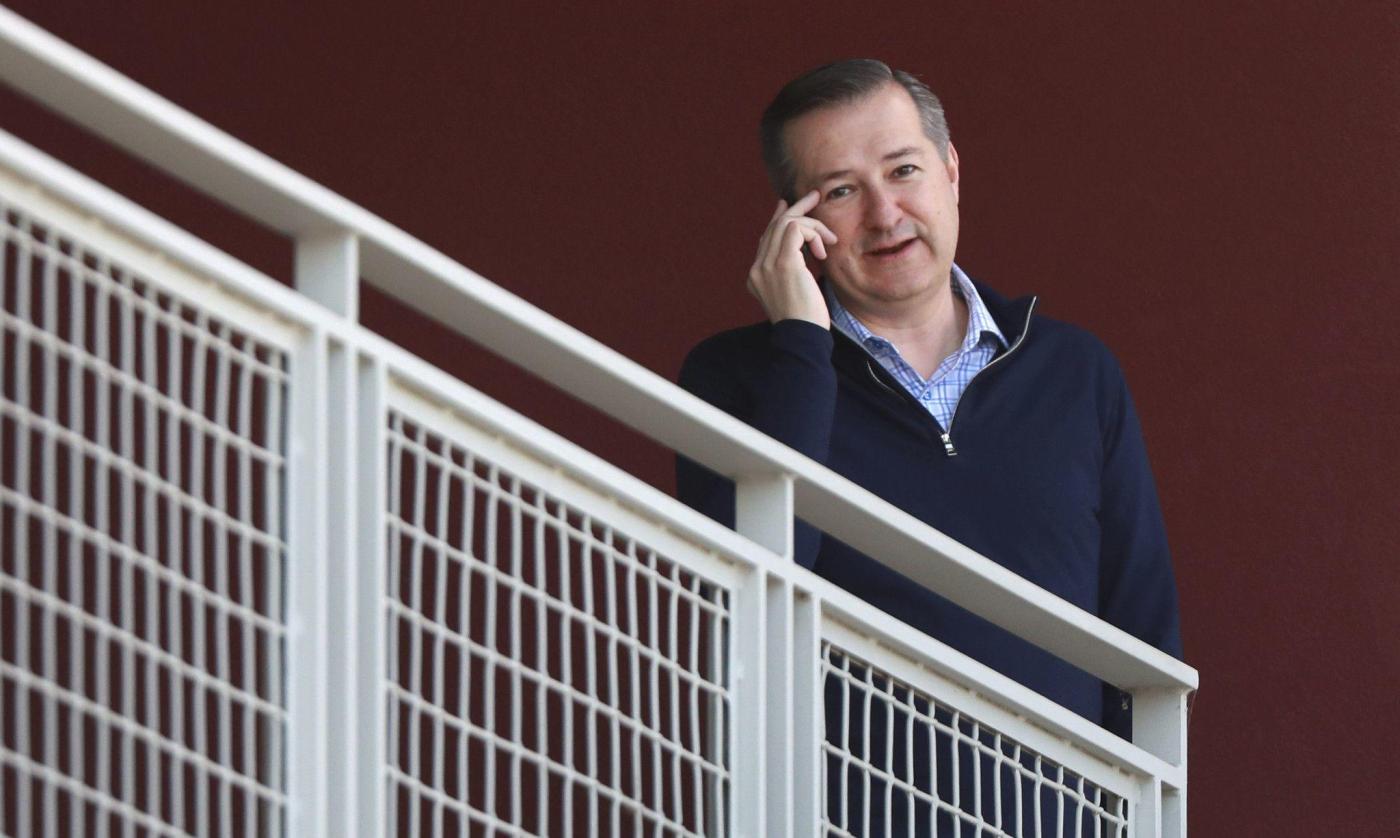 The Chicago Cubs are playing out the string in the 2022 season, just as they were doing this time last yea after selling off their stars.

It’s something fans are getting used to again after six straight years of watching contending teams, and something most fans expect will happen again next August.

So what’s the plan?

Know one really knows but Cubs Chairman Tom Ricketts and team President Jed Hoyer, and neither is providing specifics.

But as the Cubs prepared to go under the national spotlight Thursday in the Field of Dreams game in Dyersville, Iowa, Ricketts broke his silence on the rebuild.

“I’d be the first to acknowledge this is not the type of baseball Chicago Cubs fans deserve,” Ricketts said in a statement to the Tribune. “Our decision last year to move away from Cubs players who brought us a World Series title was tough, but we have a plan to return to championship contention by building the next great Cubs team around a young core of players augmented by free agent signings — and we’re making progress.”

Ricketts hasn’t been made available to reporters this season, unlike previous years, so it’s hard to pinpoint what “progress” he was referring to in his statement, parts of which first appeared on ESPN.com.

But Ricketts pointed to David Ross’ managing and the number of close games the Cubs have been in to suggest they’re competitive.

“While our record is the ultimate judge of success, I think ‘Rossy’ has done a great job of managing and inspiring the team to play hard all season,” he said. “We’ve been involved in 34 one-run games, tied for fourth-most in the (National League) and 58 games decided by two or fewer runs, tied for fifth-most in the majors.

“I like the fight, but we must do better because winning baseball is the expectation.”

Ricketts said Hoyer’s moves over the last year have put the Cubs in a “position of strength in both player and financial currency,” adding they “plan to be very active again” in free agency.

Marcus Stroman, Hoyer’s biggest free-agent signing, has pitched well when healthy but hasn’t pitched enough to justify his three-year, $71 million deal. Stroman also can opt out after next season, so he could be gone by the time the Cubs rebuild turns a corner.

Seiya Suzuki, the Japanese star signed to an affordable five-year, $85 million deal, had a strong start in April but enters the Field of Dreams game hitting .225 with a .636 OPS in his previous 53 games since April 28.

Hoyer pointed to Suzuki and Ian Happ as reasons why there’s no room for Jason Heyward next season, a move most fans approved of after watching Heyward struggle most of his Cubs career.

Still, Suzuki must show vast improvement over the next two seasons to avoid being in the same boat as Heyward in the fourth year of his deal, at which point he’ll be making $19 million.

The spring training deals for veteran infielders that figured to be trade chips both flopped. Jonathan Villar and Andrelton Simmons were released after signing one-year deals. Waiver claim Wade Miley has pitched only 19 innings while rehabbing most of the season. Drew Smyly, who was slated to start Thursday, has looked good when healthy but is a back-of-the-rotation starter with a $4.25 million mutual option for next year.

With Kyle Hendricks’ future up in the air after 2023, Keegan Thompson and Justin Steele are the only current starters who probably can be penciled into the 2024 rotation. But Ricketts said Hoyer’s belief the Cubs have “turned a corner with our pitching infrastructure” is reason to believe in the team’s future. Thompson and Steele have both progressed significantly in ‘22, but the Cubs need to surround them with more young talent.

“We started the season with a staff of pitchers, who, if healthy, would have kept us more competitive this season,” Ricketts said. “We are beginning to see results with our starting pitching rotation and prospects coming up through the system and performing well, helping the team progress to a better-than-.500 record since the All-Star break. A great deal of credit goes to Jed and his team for building a solid pitching development program and culture.”

Nico Hoerner and Christopher Morel have become the new faces of the rebuild, and both figure to be around for the long haul. The Cubs are now deciding which other young players deserve a shot, including second baseman Nick Madrigal and 27-year-old Franmil Reyes, claimed on waivers from the Cleveland Guardians this week.

But there are no Kris Bryants, Kyle Schwarbers or Javier Báezes coming up from the system to supercharge the rebuild, and the likelihood of the Cubs bringing in a Jon Lester-type of free agent appears to be a long shot. After a loss to the New York Mets, Ross said they were playing a “first-place team with a $300 million payroll,” as if the Cubs were a small-market team that couldn’t keep up with the Joneses.

The Cubs have given no indication they plan on re-signing catcher Willson Contreras, whom Hoyer opted to keep at the trade deadline and will lose for a draft pick if he’s given a qualifying offer and signs elsewhere. Ricketts made no mention of Contreras.

Ricketts said “suffice it to say, we plan on making championship history again.”

When that will be is anyone’s guess.