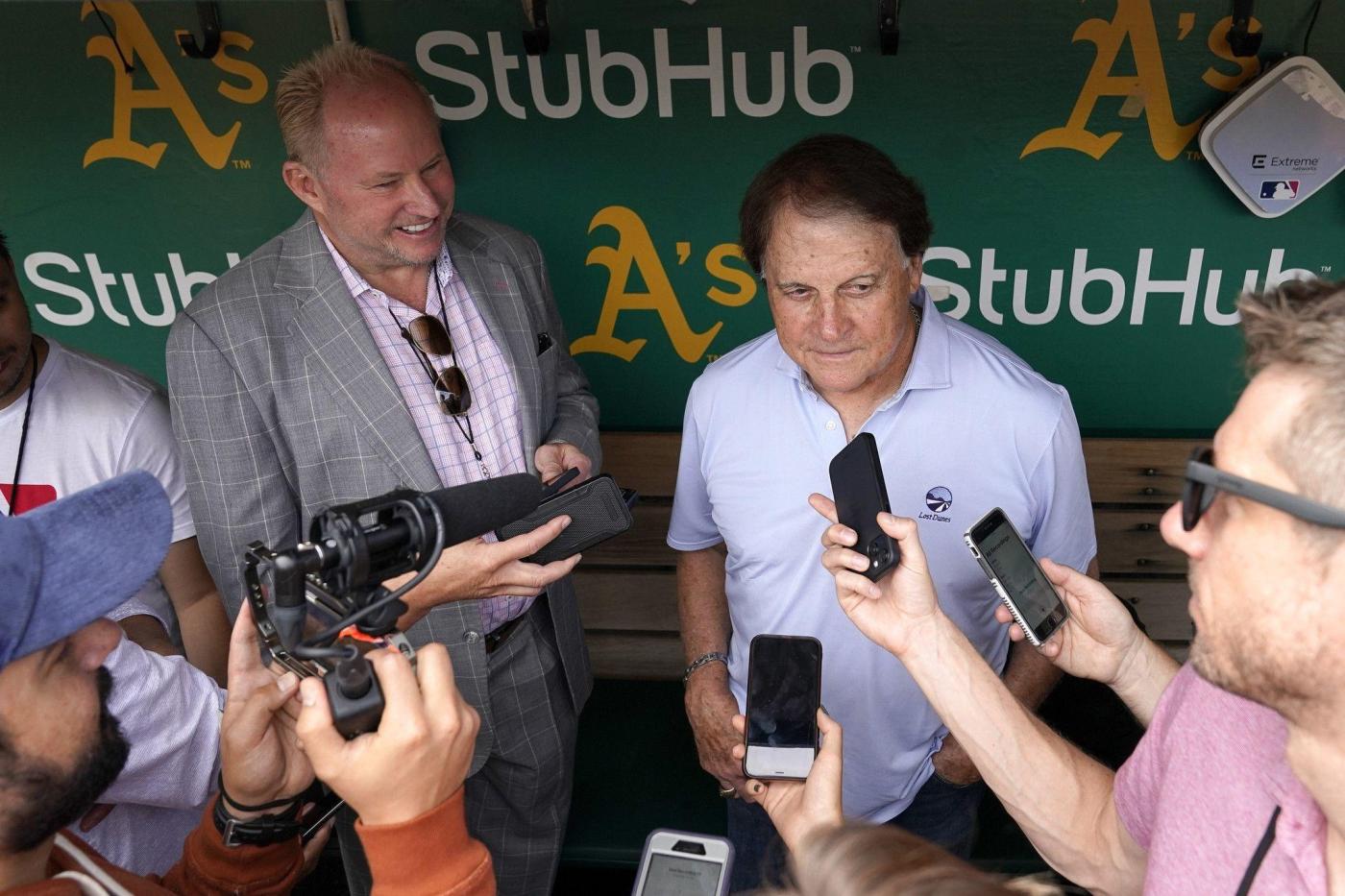 Tony La Russa was back at a ballpark Sunday, participating in a ceremony honoring former pitcher Dave Stewart at Oakland Coliseum.

The Chicago White Sox manager is awaiting the OK from doctors to return to the dugout.

“A lot of it is going to depend on the experts,” La Russa said before Sunday’s game against the Oakland Athletics when asked about his expectations to be back. “Reading the situation, they’ll ask how I feel, could I do a little more. And how you respond to the little more affects it.

“It’s uncertain. In the meantime, it will be fun to watch (the Sox) stay in contention. I know if we lose (Sunday), first game in person, I won’t be on that plane (returning to Chicago with the team).”

La Russa, 77, has been out since Aug. 30, when the Sox announced less than an hour before a game against the Kansas City Royals that he would not manage that night at the direction of his doctors.

The next day the Sox said La Russa was out indefinitely and would undergo further testing with doctors in Arizona.

“The way it happened, you come off the field (on Aug. 30) and they tell you — I had an issue in spring training — so when they had some information that needed to (be) addressed and they make it serious enough to where they say, ‘You get out of uniform, you can’t watch the game,’” La Russa said. “I said, ‘OK, right.’ So I watched the game at home.

“Health ain’t nothing to mess with. I got checked in Chicago and the reason I flew to Arizona is because that’s been the place since the ‘90s I’ve had physicals. They addressed it, they fixed it, now it’s just a question of regaining strength. Don’t mess with health.”

La Russa told Janie McCauley of The Associated Press he had a pacemaker inserted for his heart.

He will travel to Chicago with the team after Sunday’s game.

Asked if he plans to be with the team the rest of the way no matter what, La Russa said: “It all depends. I’m here (Sunday), flying back with them. And we’ll see what they say. I don’t plan to be in uniform until they say it’s time to be in uniform.

“The most important thing for me is you don’t want to be a distraction. That’s why it’s best to let it run its course and in the meantime, what they’re doing, concentrating and the game they’re playing, if I think I’m distracting being upstairs like (Sunday), then I won’t be up there watching.”

La Russa said he has “watched them all.”

“It’s been outstanding,” he said. “I always said we’ve got a really good staff. I think they united and picked each other up. I talk to (acting manager) Miguel (Cairo) at least twice a day. Talk to (pitching coach) Ethan (Katz).

“But exciting games. Two of those comeback wins (against the Seattle Mariners and the A’s) have been critical. The key is they’re having the fun of contending. It’s from here to the end now. It’s been fun to watch.”

La Russa was glad to get the clearance from doctors to be part of Sunday’s event in which the A’s retired Stewart’s No. 34 jersey.

“Over the years together, it’s become more and more personal,” La Russa said of Stewart, who pitched for the A’s in eight of La Russa’s 10 seasons as manager. “I’m as close to him as any team that I’ve ever been on. Very special.”