Trade doors could swing open, but Heat have exceptions to rule – Boston Herald 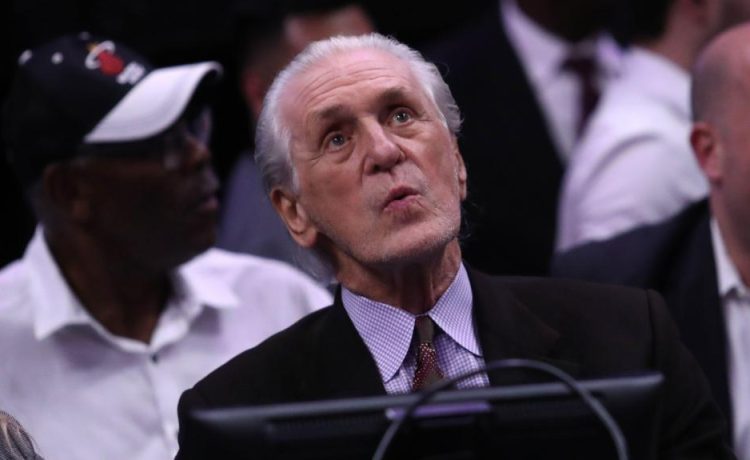 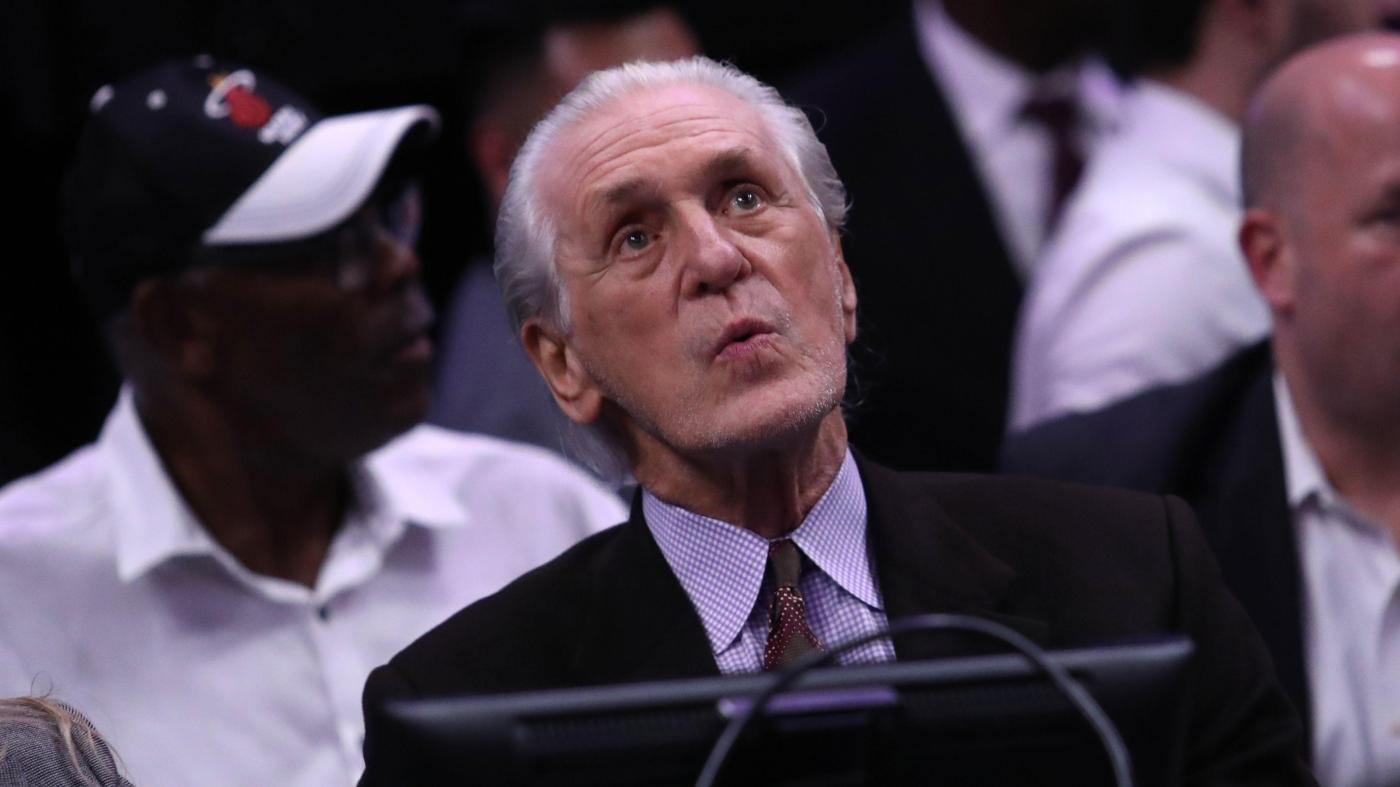 It is the annual call to action, Dec. 15 being the first day that most players signed in the offseason can be traded. It also is perhaps the most overrated date on the NBA personnel calendar.

As a matter of perspective consider that in the Miami Heat’s previous 34 seasons, the team has never made a trade in December. Ever.

For that matter, the NBA trade market tends to remain almost silent at least until the Jan. 10 deadline for all contracts to be guaranteed or the mid-February NBA trading deadline.

Part of it is that teams still are assessing their own talent, particularly now that the play-in round opens playoff possibilities to 10 of the 15 teams in each conference.

And part of it is that trade restrictions that often can make Dec. 15 moot, or, for that matter, almost any other day of the NBA personnel calendar.

Since July, the Heat signed seven players who currently are on the roster. Of those seven, only two are impacted by the Dec. 15 trade-eligibility date.

Victor Oladipo: Players who receive more than a 20-percent raise when re-signed as free agent utilizing their Bird Rights cannot be traded until Jan. 15, a month later than free agents signed otherwise in the offseason.

Beyond that, because players on one-year contracts with Bird Rights cannot be dealt without their permission, Oladipo, who holds a player option for 2023-24, either would have to opt in to allow a trade without his permission, or grant trade permission and relinquish his Bird Rights going forward.

Dewayne Dedmon: The Heat are in a somewhat similar situation with Dedmon, who also cannot be dealt until Jan. 15.

Dedmon’s contract differs from Oladipo’s contract in that the second season, at $4.3 million for 2023-24, is non-guaranteed. Because of that, he can be dealt starting on Jan. 15 without requiring his permission.

While Martin also received a significant raise in the three-year, $20.4 million salary he signed in July, from last season’s NBA minimum to $6.5 million for this season, he was signed utilizing part of the mid-level exception, rather than Bird Rights. That, therefore, means he can be dealt starting next week and moving forward.

Udonis Haslem: Back for a 20th season, re-signed at the veteran minimum, Haslem, too, becomes trade eligible on Dec. 15.

While Haslem did not re-sign until Aug. 23, he still is three months removed from his Aug. 23 signing. The NBA rule is a player (who does not have other restrictions) cannot be dealt for three months or until Dec. 15, whichever comes later.

Nikola Jovic: The rules regarding draft picks are different, allowed to be dealt one month from their signing.

Jovic, selected at No. 27 in June, was signed July 2 and has been trade eligible since August. He also is allowed to be traded while on G League assignment.

Jamal Cain: The rules are different with two-way contracts, with players such as Cain eligible to be dealt one month after signing.

With Cain signed on July 15, he has been trade eligible since mid-August.

Dru Smith: Also, on a two-way contract, Smith was not signed to his current deal until Nov. 25. He therefore is not trade eligible until Dec. 25.

Other restrictions: Because of his four-year, $130 million extension agreed to with Tyler Herro in October, a deal that does not begin until 2023-24, Herro effectively cannot be included in any trade that requires matching salaries until July.

The other Heat trade restriction involves Bam Adebayo, who cannot be dealt to a team that already has acquired a player on a similar designated maximum extension, such as the Brooklyn Nets with Ben Simmons.

FAMILY TIES: Last weekend proved particularly meaningful for both Heat assistant coach Anthony Carter and his son Devin Carter, a guard at Providence College. Not only was Anthony Carter able to take in his son’s victory over Rhode Island the night after the Heat won in Boston, but Jimmy Butler and Kyle Lowry tagged along to the game when Devin Carter closed with 10 points, three rebounds and three assists, “It meant a lot because it shows they have love for my dad, as well. They respect my dad enough to come to watch me play,” Devin Carter said according to the Woonsocket Call. “It was a big blessing because I don’t get to see my dad too much, especially during the season. I just want to take advantage every time I see him. At the end of the day, that’s the guy I look up to. He got me to where I’m at right now. It meant a lot that he was here.”

STEPPING FORWARD: When the Heat’s first road game was a loss to the Indiana Pacers, the thought at the time in October was the Heat somehow had managed to fall to a team bent on maximizing lottery odds. When the Heat return Monday night to Gainbridge Fieldhouse, it will be against an opponent remaining surprisingly competitive. “We all heard those kind of notions of us being the worst or one of the worst teams in the league,” rookie Andrew Nembhard, the former Florida Gator and Gonzaga guard, told the Indianapolis Star. “I think we just got a lot of competitors.”

PAT RILEY 2.0?: With former Heat forward James Jones recently promoted to president of the Phoenix Suns, coach Monty Williams joked about the all-encompassing powers of the former University of Miami standout. “He’s turned the organization around, however you want to put it. He can get rid of me anytime he wants to now. Probably the best way to look at it,” Williams quipped, according to the Arizona Republic. “I just think it’s a pretty huge step for him and just happy for he and [wife] Destiny and the kids. They were pretty settled where they were and for him to be able to move them to Phoenix and be such a huge part of everything that’s happened, just happy for him.”

RESPECT PAID: Even with their middling record, the Heat apparently continue to hold the respect of opponents as something far more legitimate. That again was the case Thursday, when Los Angeles Clippers forward Paul George said his team simply made too many mistakes against a team the quality of the Heat. “Too many breakdowns against a team like this where it was like one pass, bucket or we just fell asleep, no help side [defense],” George said, according to the Los Angeles Times. “Those points we can’t give up to a good team and I thought that was the game.”

EMPATHY OFFERED: Amid his team’s own injury issues, Heat coach Erik Spoelstra said he appreciates what the Clippers are dealing with, as well. “I see so many similarities with us and the Clippers,” he said. “I don’t think it’s coincidence that we both have the same point differential. Both teams have been dealing with rotating lineups. They have great depth. So I tend to watch them. Whenever I go home, the west-coast games, for some reason I gravitate to them. And they’ve had different guys step up when they’ve had guys out. And those guys have gained confidence and they’ve been able to have big nights.”

20. Months since Kawhi Leonard last played games on consecutive nights, on April 8 and April 9 at the end of the 2020-21 season. Leonard sat out Thursday night’s Los Angeles Clippers loss to the Heat at FTX Arena after playing 30:12 in a Wednesday night road loss to the Orlando Magic.