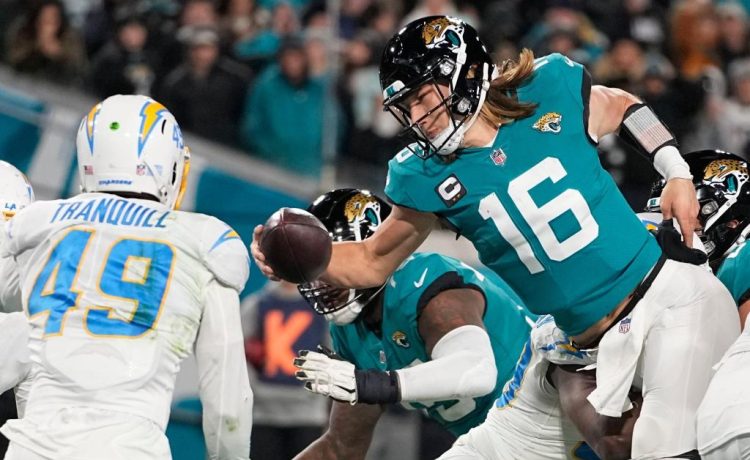 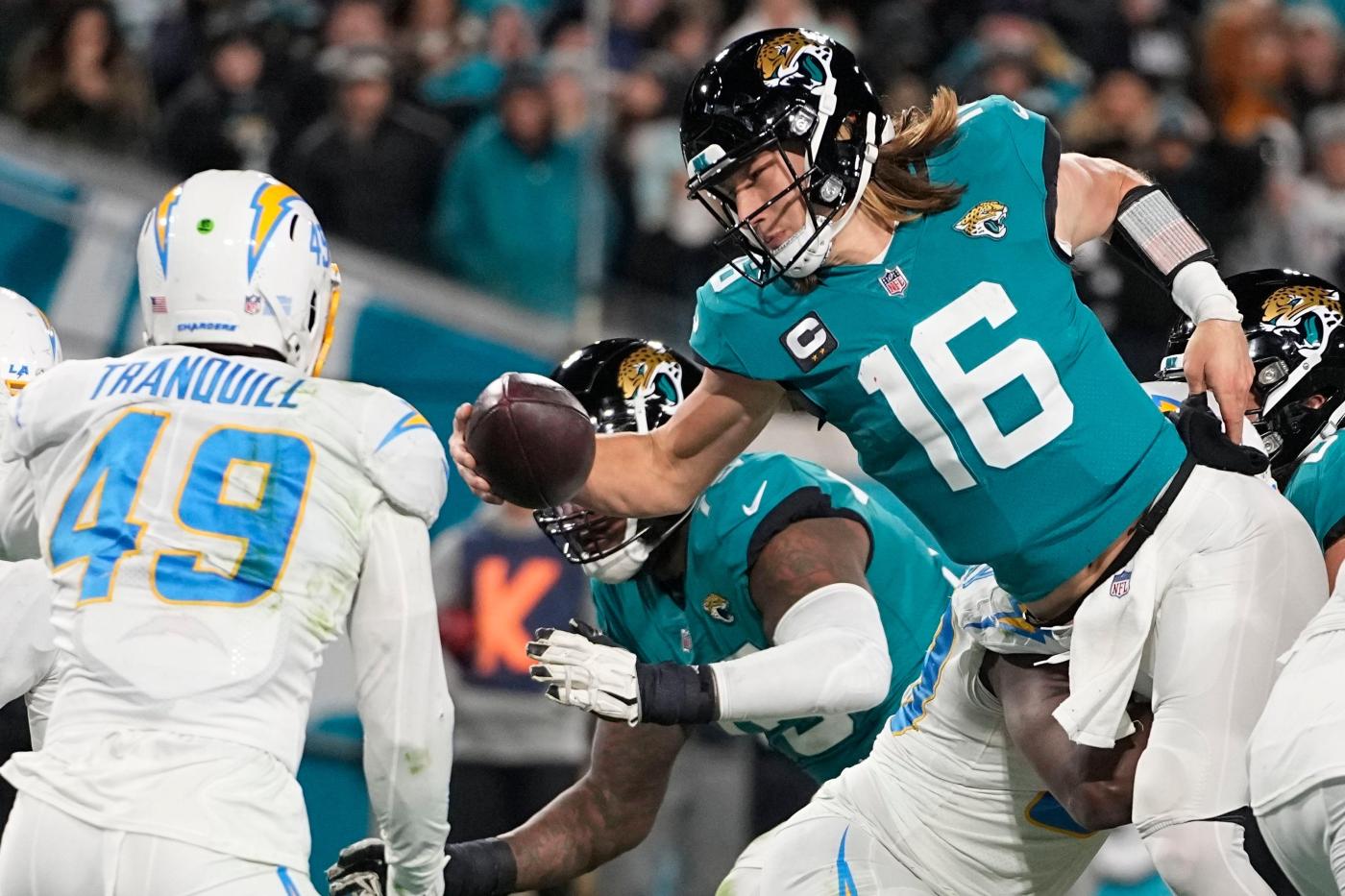 In a tale of two halves, Trevor Lawrence took the cake and then some in Saturday night’s AFC Wild Card game between his Jacksonville Jaguars and the Los Angeles Chargers.

Lawrence, the No. 1 overall pick in the 2021 draft, grabbed a piece of the record books in the first half, but not in a good as his record-tying four interceptions in the first 30 minutes helped lead to the Chargers taking what appeared to be a commanding 27-point lead.

Not to be outdone by himself, Lawrence shook off the brutal start and then threw four touchdowns to lead the Jaguars to the third largest comeback in NFL postseason history and a 31-30 victory.Only the Buffalo Bills over the Houston Oilers in 1992 (32 points) and the Colts over the Chiefs in 2013 (28) were larger deficits overcome.

Lawrence finished completing 28-of-47 passes for 288 yards. Travis Etienne ran for 109 yards and his 25-yard run on fourth-and-1 with 1:27 to play set up Riley Patterson’s 36-yard field goal to win it as time expired.

Justin Herbert threw for 273 yards and a touchdown and Austin Ekeler ran for two scores for the Chargers. Cameron Dicker kicked three field goals, but missed a 40-yarder midway through the fourth quarter.The Jaguars travel to face the Kansas City Chiefs in the divisional round next week.