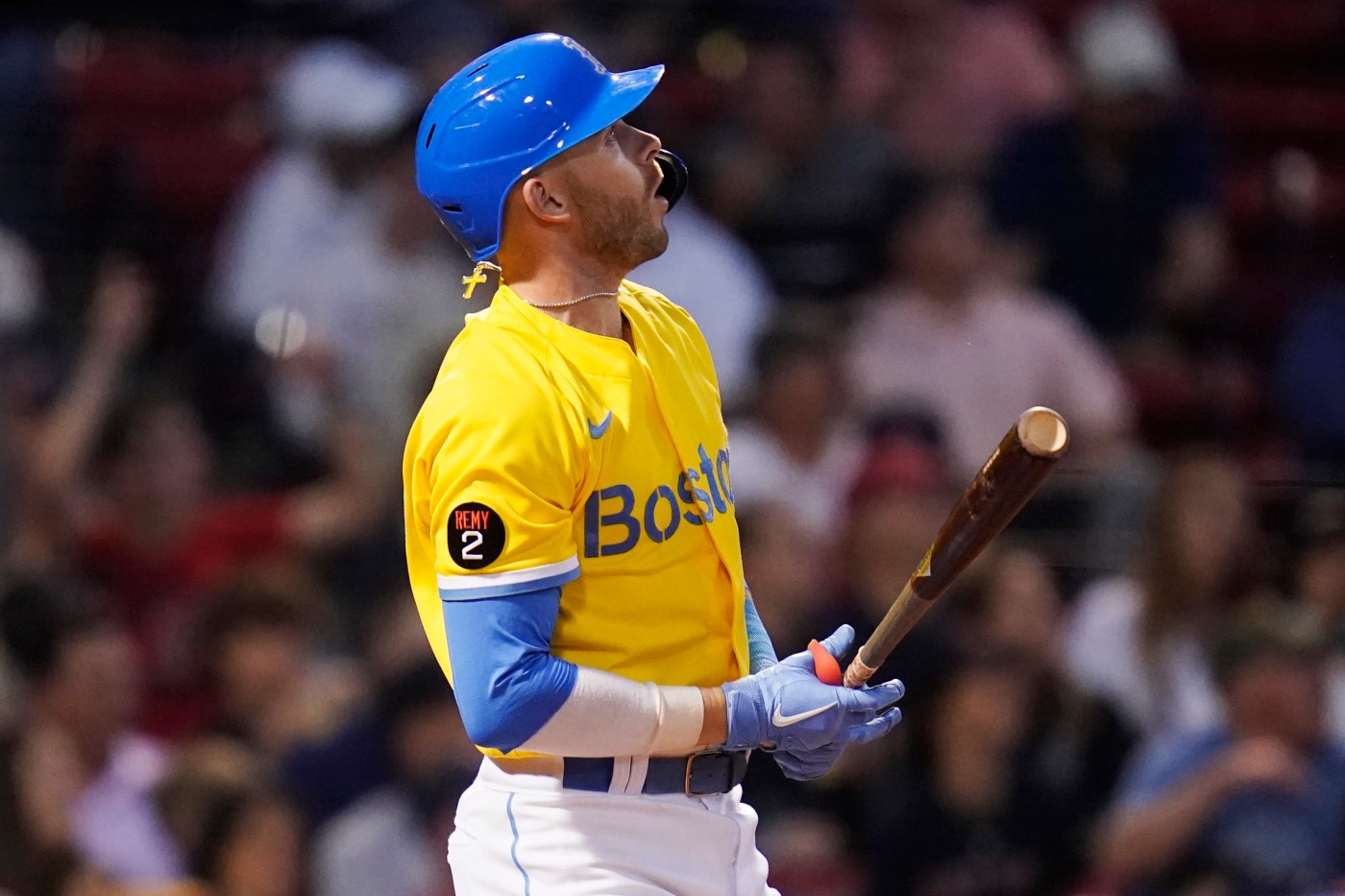 Trevor Story entered Tuesday so far down in the All-Star Game voting it’ll be a miracle to see him at Dodger Stadium on July 19.

But for the Red Sox, there has been no more important indication of a good night than when Story drives in a run.

The streaky second baseman snapped out of his funk with a big game on Tuesday, when he hit a three-run homer and made a sensational play in the field to lead the Sox to a 5-4 win over the Detroit Tigers.

The Sox have now won a remarkable 15 straight games in which Story collects an RBI. They’re 20-4 in such games this season.

And given he was just in a three-week slump, it’s a much-needed sign for a Red Sox team with a difficult scheduling coming up.

The takeaways from Tuesday:

The Sox were down, 2-1, to the lowly Tigers in the fourth inning when Story stepped up with two men on base and one out. Tigers starter Beau Brieske got Story chasing a slider beneath the zone for strike one, but when Brieske tried throwing another low slider for strike two, Story jumped on it.

The ball was demolished with an 106-mph exit velocity and went screaming over the Green Monster for a three-run shot. Story skipped on his way to first base, tossing his bat aside and smoothly low-fiving first base coach Ramon Vazquez as he circled the bases to a roaring applause.

It was Story’s 11th home run of the season as he pushed his RBI total to a team-high 48, which ranks ninth-best in MLB.

He also made an incredible play that’ll be on highlight reels all year. With two outs in the seventh, Javier Baez smoked a liner up the middle but Story made a leaping, dancing stab to snowcone the ball as he fell to his feet.

But it’s been a tale of three seasons for Story thus far.

He started his Red Sox career looking ice cold for more than a month. He entered May 11 hitting .204 with a .557 OPS while making less contact than 95% of big league regulars.

His only hot streak came in a two-week span from May 11 through May 26. After hitting his first homer in a Red Sox uniform on May 11, Story then hit .283 with nine homers and 25 RBIs in his next 14 games.

He’s now riding a five-game hitting streak, but the Sox unquestionably need to find some consistency out of their $24-million-a-year second baseman if they’re going to be a real contender.

Speaking of streaky, after entering May 19 with a .225 average, the Red Sox’ regular catcher is hitting .313 in his last 26 games.

He smacked the ball around on Tuesday night, hitting a pair of 100-mph rockets to left-center, one of which hit the wall for a double and another that sailed over the Monster for what would be the game-winning home run in the seventh inning.

Starter Rich Hill wasn’t anything special, but he hasn’t had to be. When he goes five innings and allows three runs, the Sox are happy. That’s exactly what he did on Tuesday night, striking out six in the process and earning his third win of the season.

But it was the bullpen that had to maneuver its way through four innings while closer Tanner Houck got the night off after collecting the save in three of the last four nights.

Ryan Brasier hasn’t played much of a role in key spots this year, but pitched two scoreless innings behind Hill to get the Sox to the eighth.

After one of the team’s biggest surprises, Tyler Danish, handled a scoreless eighth, Matt Strahm gave up a leadoff homer to Jonathan Schoop to start the ninth. Manager Alex Cora played the matchups with Strahm and let him pitch until Baez came up with two outs, then went to right-hander John Schreiber, who allowed a single to Baez but retired Miguel Cabrera to end the game.

With a series win over the Tigers clinched, the Sox have won six series in a row and are 10-1-2 in their last 13 series after starting the year 1-7-1.