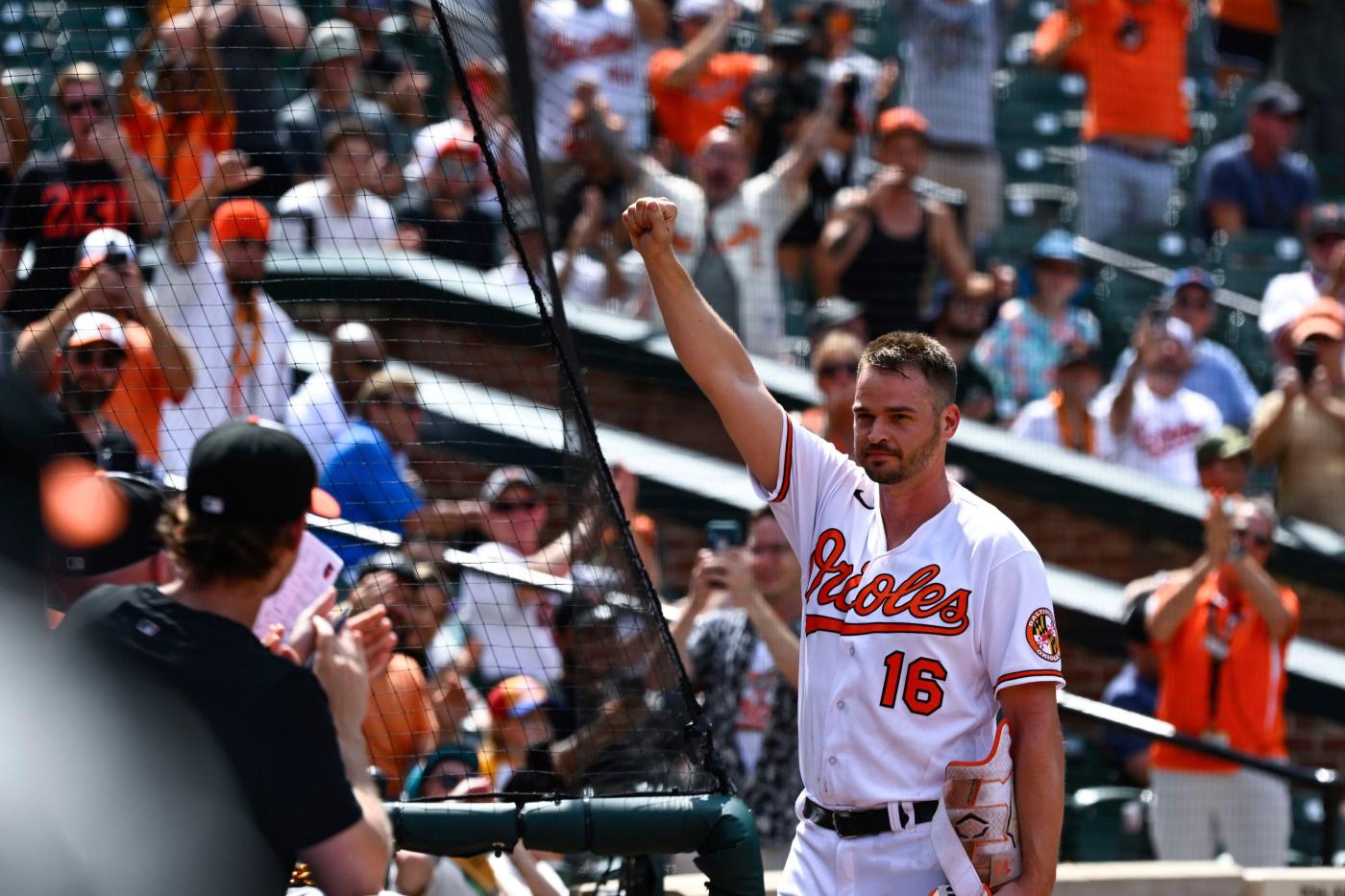 The ball sailed into right field, carrying but not quite deep enough. Tampa Bay Rays right fielder Josh Lowe camped under it, prepared to catch what could prove be the last drive at Camden Yards of Trey Mancini’s Orioles tenure.

Then, the sun peeked out from the clouds in the Baltimore sky, and Lowe lost sight of the ball. It caromed off his left cheek toward the first-base line, and off Mancini went. On base in front of Baltimore’s longest-tenured player, Austin Hays wheeled his arm, begging Mancini to continue onward. He did, racing home for the first inside-the-park home run at Oriole Park in nearly 11 years.

Mancini’s hustle gave the Orioles a 3-0 lead they held onto to take three of four games from Tampa Bay in a key series before Tuesday’s trade deadline. Mancini, in the final guaranteed year of his contract, is a candidate to be dealt, even with the victory keeping the Orioles (50-49) in playoff contention.

An announced crowd of 16,784 began to chant his name, recognizing a player who has endured so much during his time with Baltimore. The lone holdover from their most recent playoff team, Mancini missed the 2020 season undergoing treatment for stage 3 colon cancer.

During that time, he saw how Orioles teenage superfan Mo Gaba handled his lifelong cancer battle with such positivity. Thursday marked the second straight year the Orioles honored Mo on the anniversary of his death. Mancini homered in both games.