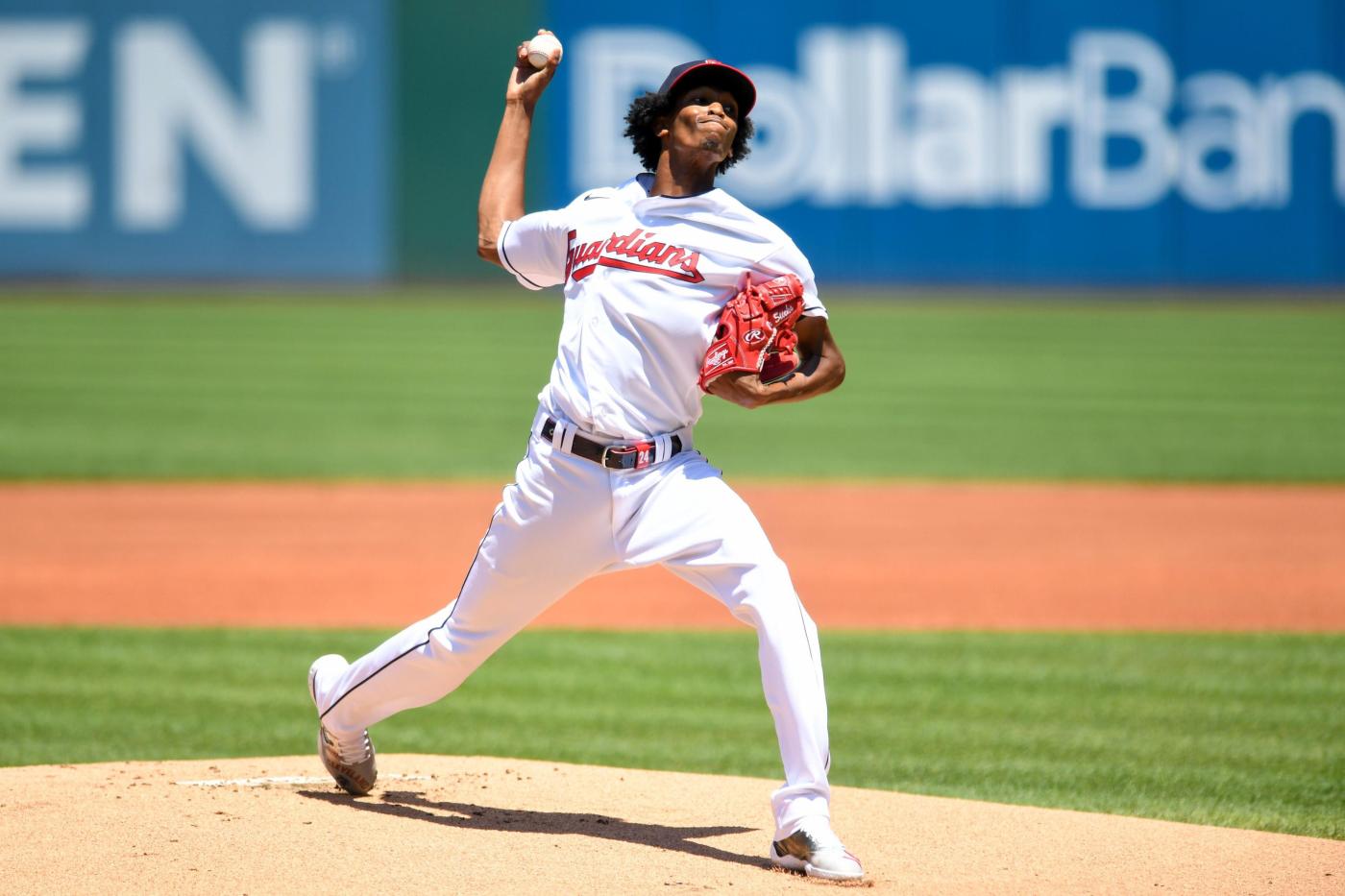 CLEVELAND — Triston McKenzie was finally the answer. The Yankees were on the verge of a season sweep against the Guardians when they ran into Cleveland’s talented young right-hander. He shut down the Bombers’ powerful lineup for seven innings as the Guardians shutout  the Yankees 2-0 at Progressive Field Sunday.

The Yankees (58-22) took the series, sweeping both ends of a doubleheader on Saturday, but the Guardians avoided the embarrassment of going 0-6 against the Bombers. The Yankees, who have Monday off, will look to improve their record of 16-5 after a loss on Tuesday against the Pirates at PNC Park. The Yankees fell to 2-2 on this odd four-city, 10-game road trip with the loss to the Astros on Thursday.

It was just the sixth time this season the Yankees’ offense had been shut out. It was the first since June 25 when they were no-hit by the Astros. Their defense didn’t help as they were charged with two errors; one to Isiah Kiner-Falefa and another to Gleyber Torres.

But it simply came down to the fact the Yankees could not get much going against McKenzie.

He retired the first 10 Yankees he faced, before walking Giancarlo Stanton in the fourth. Josh Donaldson got the only hit off him — after Stanton’s walk. He struck out seven and walked just one.

For one day, at least, McKenzie was better than the Yankees.

The Bombers rallied in the ninth against closer Emmanuel Clase. Anthony Rizzo drew a lead off walk and then Stanton reached on an error. Josh Donaldson flew out to center and Gleyber Torres struck out. Aaron Judge, pinch hitting for Jose Trevino, worked a full count walk to load the bases before Aaron Hicks grounded out.

Jordan Montgomery was good, but not efficient. The lefty allowed one run on three hits and three walks. He struck out a season-high eight. Montgomery, who needed 30 pitches to get through the third, needed 94 to get through five innings. It was a strong bounceback after allowing nine earned runs over his last two starts (12.2 innings).

Franmil Reyes did the only damage against him, hitting a 384-foot homer into the left-field bleachers in the fourth inning. He went on to strike out the side that inning.

JP Sears, who returned Sunday to take the bullpen spot left when Ron Marinaccio went on the injured list Saturday night, allowed a run on three hits in 2.2 innings of work. He struck out one.

He got help from his defense in the eighth. After a lead off double to Steven Kwan followed by an Amed Rosario single, Gabriel Arias hit a grounder back to shortstop. Gleyber Torres fired a throw to home where Jose Trevino tagged Kwan out. Then Trevino fired the ball to shortstop who got Arias in a run down before first baseman Anthony Rizzo  tagged him out.

That was it for Sears.

Franmil Reyes singled off Albert Abreu on a ground ball to center to eventually drive in the Guardians’ second run. A Torres side-armed throw to first was wide on Owen Millers’ groundball to keep the inning alive.