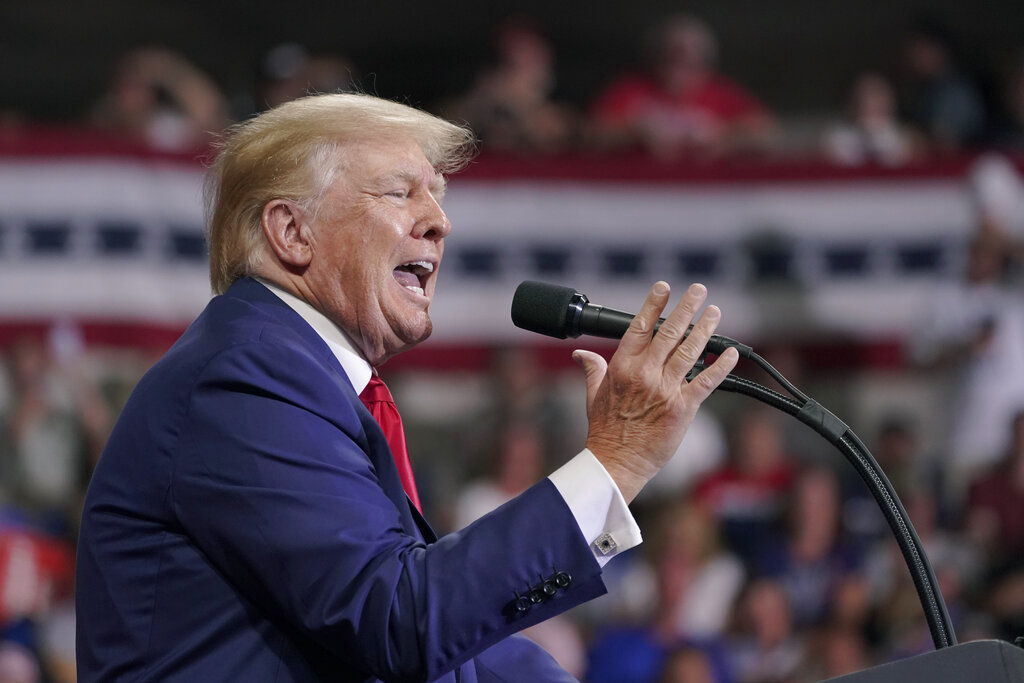 WILKES-BARRE, Pa. — Former President Donald Trump forcefully hit back at President Biden, saying the Democrat’s recent address in Philadelphia was “the most vicious, hateful, and divisive speech ever delivered by an American president, vilifying 75 million citizens.”

“He’s an enemy of the state,” Trump told a roaring crowd of thousands. And he said Philadelphia was the right place for the speech, “because the city is being devastated under Democrat rule.”

While the speech was billed as a rally to help Pennsylvania’s top GOP candidates, Mehmet Oz, for Senate, and state Sen. Doug Mastriano, for governor, Trump spent most of his speech airing personal grievances.

He briefly mentioned Oz and Mastriano, before immediately pivoting to his anger at Biden, and the recent FBI search of his Mar-a-Lago home for classified documents.

He called it an “evil and demented persecution of you and me.”

It was Trump’s first public response to Biden’s blistering condemnation Thursday, when Biden cast Trump and “MAGA Republicans” as a threat to democracy, pointing to Trump’s attempts to overthrow the 2020 election and the Jan. 6, 2021, riot he inspired.