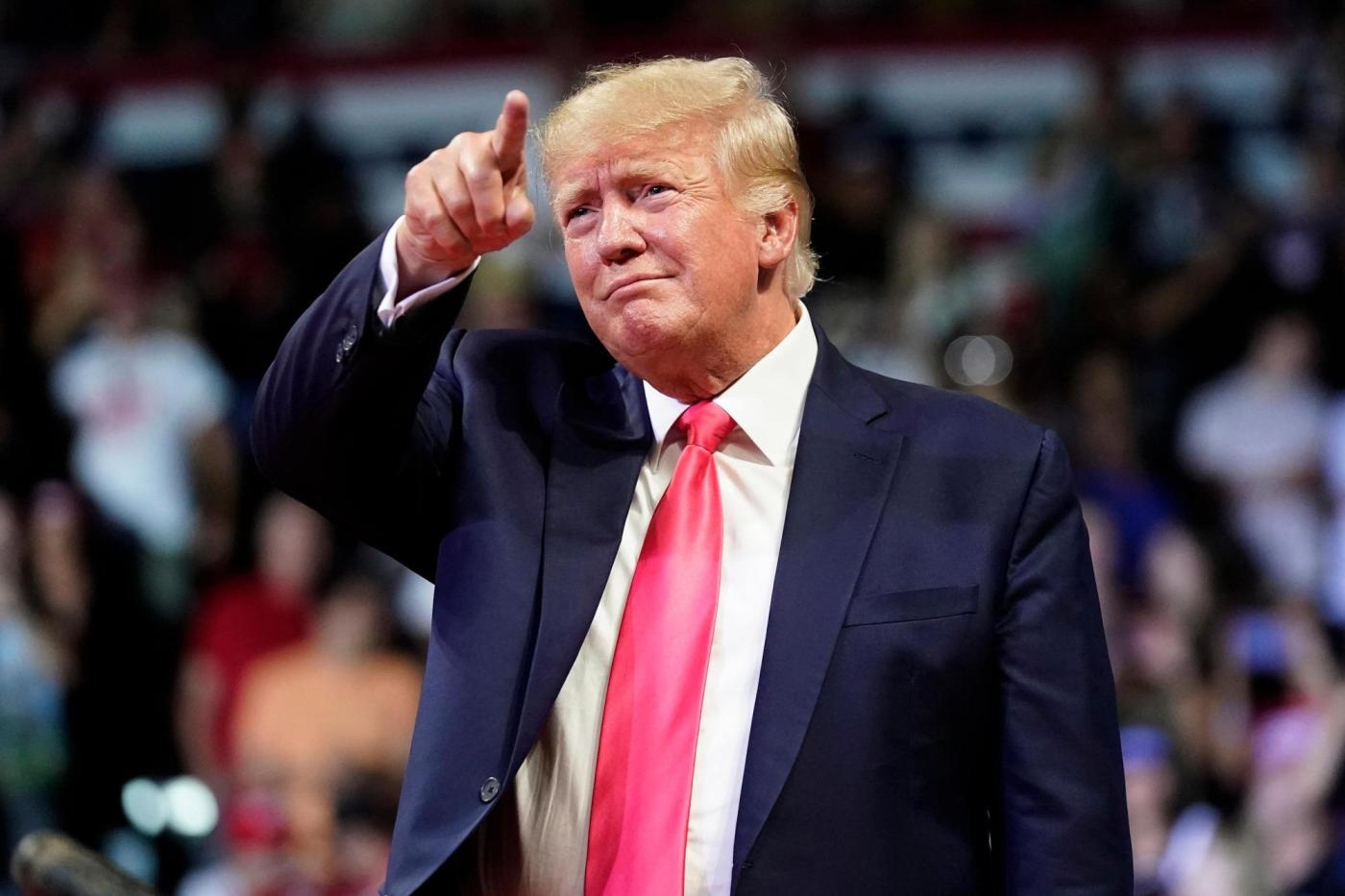 WASHINGTON — Former President Donald Trump will return to Washington on Tuesday for the first time since leaving office, delivering a speech on crime before an allied think tank that has been crafting an agenda for a possible second term.

Trump will address the America First Policy Institute’s two-day America First Agenda Summit as some advisers urge him to spend more time talking about his vision for the future and less time relitigating the 2020 election as he prepares to announce an expected 2024 White House campaign.

“I believe it will be a very policy-focused, forward-leaning speech, very much like a State of the Union 5.0,” said Brooke Rollins, AFPI’s president. Composed of former Trump administration officials and allies, the nonprofit is widely seen as an “administration in waiting” that could quickly move to the West Wing if Trump were to run again and win.

Trump’s appearance in Washington — his first trip back since Jan. 20, 2021, when President Joe Biden was sworn into office — comes as his potential 2024 rivals have been taking increasingly overt steps to challenge his status as the party’s standard-bearer. They include former Vice President Mike Pence, who has been touting his own “Freedom Agenda” in speeches that serve as an implicit contrast with Trump.

“Some people may choose to focus on the past, but I believe conservatives must focus on the future. If we do, we won’t just win the next election, we will change the course of American history for generations,” Pence had planned to say in a speech at the Heritage Foundation in Washington on the eve of Trump’s visit. Pence’s appearance was postponed because of bad weather, but he will be delivering his own speech Tuesday morning before the Young America’s Foundation not far from the AFPI meeting.

Trump has spent much of his time since leaving office fixated on the 2020 election and spreading lies about his loss to sow doubt about Biden’s victory. Indeed, even as the Jan. 6 committee was laying bare his desperate and potentially illegal attempts to remain in power and his refusal to call off a violent mob of his supporters as they tried to halt the peaceful transition of power, Trump continued to try to pressure officials to overturn Biden’s win, despite there being no legal means to decertify the past election.

On Tuesday, he plans to focus on public safety.

“President Trump sees a nation in decline that is driven, in part, by rising crime and communities becoming less safe under Democrat policies,” said his spokesman, Taylor Budowich. “His remarks will highlight the policy failures of Democrats, while laying out an America First vision for public safety that will surely be a defining issue during the midterms and beyond.”

Beyond the summit, staff at the America First Policy Institute have been laying their own groundwork for the future, “making sure we do have the policies, personnel and process nailed down for every key agency when we do take the White House back,” Rollins said.

The nonprofit developed, she said, from efforts to avoid the chaotic early days of Trump’s first term, when he arrived at the White House unprepared, with no clear plans ready to put in place. As Trump was running for reelection, Rollins, then the head of Trump’s Domestic Policy Council, began to sketch out a second-term agenda with fellow administration officials, including top economic policy adviser Larry Kudlow and national security adviser Robert O’Brien.

When it became clear Trump would be leaving the White House, she said, AFPI was created to continue that work ”organized around that second term agenda that we never released.”

The organization, once dismissed as a landing zone for ex-Trump administration officials shut out of more lucrative jobs, has grown into a behemoth, with an operating budget of around $25 million and 150 staff, including 17 former senior White Houses officials and nine former Cabinet members.

The group also has more than 20 policy centers and has tried to extend its reach beyond Washington with efforts to influence local legislatures and school boards. An “American leadership initiative,” led by the former head of the Office of Personnel Management, Michael Rigas, launched several weeks ago to identify future staff loyal to Trump and his “America First” approach who could be hired as part of a larger effort to replace large swaths of the civil service, as Axios recently reported.

The group is one of several Trump-allied organizations that have continued to push his polices in his absence, including America First Legal, dedicated to fighting Biden’s agenda through the court system, the Center for Renewing America and the Conservative Partnership Institute.

The summit is intended to highlight AFPI’s “America First Agenda,” centered around 10 key policy areas including the economy, health care and election security. It includes many of Trump’s signature issues, like continuing to build a wall along the southern border and a plan to “dismantle the administrative state.”

In a speech Monday, former House Speaker Newt Gingrich, whose “Contract with America” has been credited with helping Republicans sweep the 1994 midterm elections, praised the effort as key to future GOP victory.