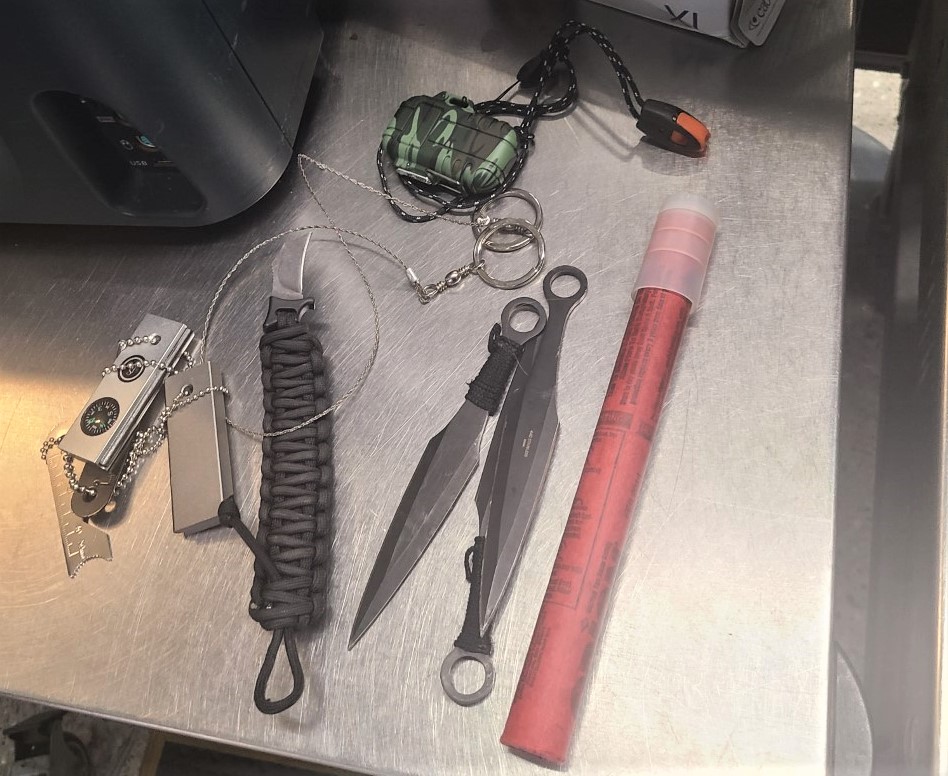 Security screening at Boston Logan International Airport has started its year off with the finding of an interesting medley of prohibited items.

The agency had ended 2022 with a scary find: a loaded Hi-Standard, Model B .22 caliber pistol carried by Lorenzo Beechman, 36, of Hyde Park, who has a number of violent crimes on his record. The gun was found and he was arrested on Dec. 28.

In New England airports alone, 31 guns were detected in luggage at security checkpoints, far in excess of the 18 found the year before and the 11 found in 2020, according to an agency statement released Thursday. It’s a big number not just compared to pandemic years, but also dwarfs the 18 found in 2019 and 2018.

The year 2023 started with strong traveler numbers, with the first day of the year seeing a total of 2,031,163 travelers making their way through security checkpoints at New England’s six major airports. That’s about on par with last year’s 2,026,176 and far above the 1,327,289 seen on Jan. 1, 2021, at the height of the pandemic and a low-point for air travel.