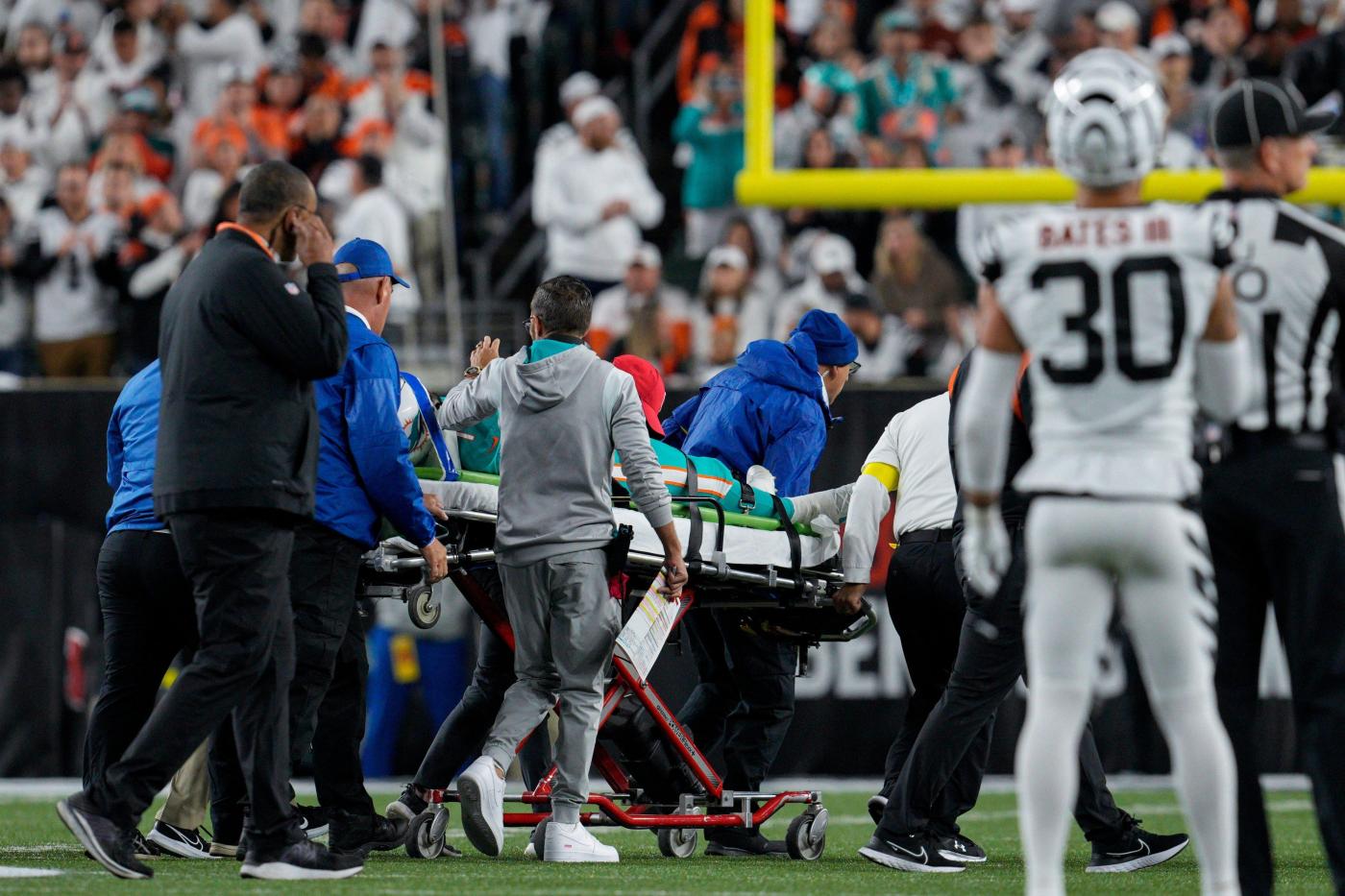 The NFL players union told you what they think of the independent doctor’s diagnosis of Tua Tagovailoa’s possible concussion last Sunday after interviewing him and Dolphins team doctor John Uribe on Saturday.

They fired the independent doctor.

They thought, “many mistakes,’’ were made, according to a league source. They thought after Tua bounced his helmet off the ground last Sunday when Buffalo tackled him, shook his head upon getting up, wobbled and then collapsed to the ground that the medical issue wasn’t with his back, as Tagovailoa and the team announced.

They thought, in short, the independent doctor, whose name hasn’t been revealed, didn’t do their job properly and put Tagovailoa at risk, the source said. That doctor took the NFL of 2022 back to a few decades, to a time when the dangers of concussions weren’t as well documented and guardrails were not in place to protect players.

But to understand what this firing means, and how it fits into the larger picture, you also have to understand how this independent doctor’s role has been misrepresented this past week when people have been discussing Tua’s situation. It’s documented amid the 19 pages of the NFL’s regimented concussion protocol that is equal parts ordered and surprising.

The protocol, at its core, is a mess. The NFL and union, the NFL Players Association, admitted as much in a joint statement Saturday night that closed one end run that allowed a player in Tagovailoa’s condition to return to last Sunday’s game against Buffalo.

If a player shows, “Gross Motor Instability,” it is no longer up to the medical staff’s discretion to allow him to return. That means if a player collapses shakes his head as if clearing cobwebs and collapses to the ground like Tua, it’s not up to the doctors anymore to let him play. He’s out of the game.

Another prime question to the process is on page six of the protocol. The independent doctor, who is called an “unaffilliated neutrauma consultant” and paid equally by the league and player’s union, was held up this week as some purveyor of truth, justice and Tua’s health. But he doesn’t have final say in any of the decisions.

“For the avoidance of doubt, the responsibility for the diagnosis of concussion and the decision to return a player to a game remain exclusively within the professional judgment of the Head Team Physician …”

Uribe is an orthopedic surgeon, not a neurological doctor. But as the team doctor he decides if a player returns to the game, as Tagovailoa did last Sunday with the, ahem, back problem.

That’s the NFL Players Association’s read on it all anyway. They’re the only ones beyond the Dolphins to have talked with the doctors, too. They said the independent doctor didn’t fill his role in protecting one of their players. They said they’re still investigating the matter, too.

Why does it matter if Tua wanted to return to the game? It matters because former first-round Dolphins pick Mike Kadish started selling his business in 2002 with the onslaught of neurological problems he said were from concussions. He son said five years ago he couldn’t return phone calls anymore.

It matters because seven members of the 1972 Miami Dolphins have been diagnosed posthumously with chronic traumatic encephalopathy (CTE), a brain disease caused by repeated trauma to the head. It matters because all seven had stories of concussions, like Jake Scott walking off the field to the Buffalo locker room.

“I think this is one of yours,’’ O.J. Simpson said in escorting him back to the Dolphins.

Football is full of “funny” concussion stories that don’t sound so funny now with decades of research and knowledge. Dolphins quarterback Trent Green was knocked out so completely in Houston in 2007 he was snoring on the field. Literally snoring.

Escorted to the sideline, Green insisted to coaches and medical staff he was good to go, and to put him back in. Fortunately, common medical sense prevailed. There are several former players in their 40s and 50s who have told me that when they can’t find their car keys they wonder if this is the start of their mental decline due to playing football.

Saturday’s firing of the independent doctor means common medical sense didn’t prevail, according to the players union. It seems the Dolphins are always in the middle of something they shouldn’t be, even in 3-1 start. Tampering charges. Game-fixing allegations. A lawsuit from the former coach. Tanking. Bullygate. Jim Harbaugh’s Stanford interview.

Should Tua have been allowed back last Sunday? Should he have played Thursday? That’s gone. The question is how to keep him as healthy as possible for life – not just for football.

Everyone should agree on this much: Please, don’t play Tagovailoa again until he’s healthy. Please keep him out of football until his headaches cease, his MRI clears and the computer base-lines involving his brain taken in the quiet of the offseason are normal.

And please understand the players’ union firing of a doctor is a loud statement it thinks something went terribly wrong with protecting a player on Sunday who then suffered a scary injury on Thursday.