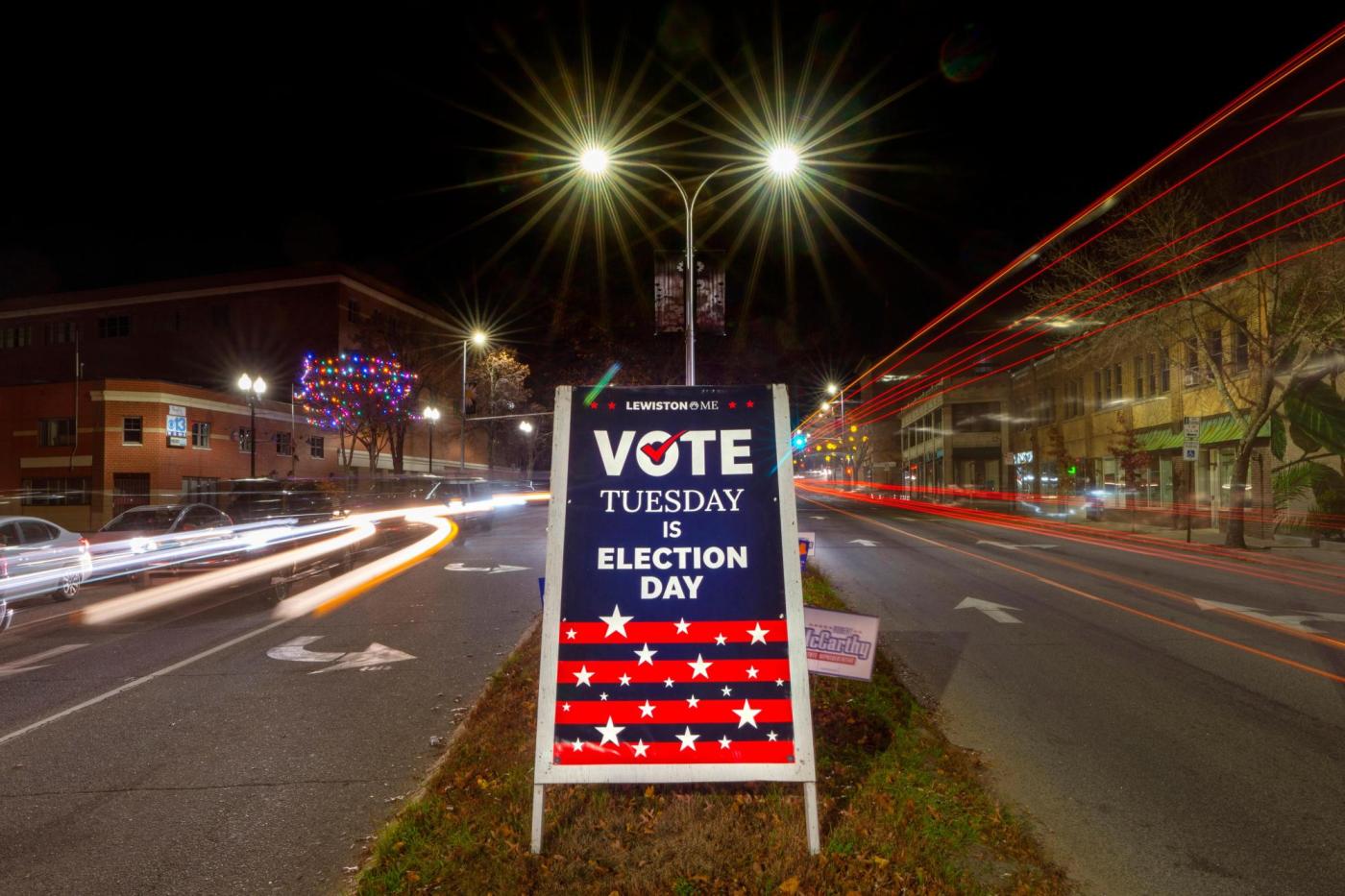 WASHINGTON (AP) — With control of Congress in the balance, Democrats’ worst fears had not materialized after midnight Wednesday on the East Coast, as they held on to key governors’ mansions and closely watched seats in moderate suburban districts.

A district-by-district fight was underway for control of the House, with Democrats keeping seats in districts from Virginia to Kansas and Rhode Island. Rep. Elaine Luria, a Navy veteran who serves on the House committee investigating the Jan. 6 insurrection, was the first Democratic incumbent to lose a highly competitive House district. Many of the districts that could determine House control in states like New York and California had not been called.

Rep. Kevin McCarthy, the Republican poised to be House speaker if the GOP takes control of the chamber, had not yet addressed supporters.

Democrats held a crucial Senate seat in New Hampshire, where incumbent Maggie Hassan defeated Republican Don Bolduc, a retired Army general who had initially promoted former President Donald Trump’s lies about the 2020 election but tried to shift away from some of the more extreme positions he took during the GOP primary. Republicans held Senate seats in Ohio and North Carolina.

The outcome of races for House and Senate will determine the future of President Joe Biden’s agenda and serve as a referendum on his administration as the nation reels from record-high inflation and concerns over the direction of the country. Republican control of the House would likely trigger a round of investigations into Biden and his family, while a GOP Senate takeover would hobble Biden’s ability to make judicial appointments.

VoteCast also showed the reversal was broadly unpopular. About 6 in 10 say they are angry or dissatisfied by it, while about 4 in 10 were pleased. And roughly 6 in 10 say they favor a law guaranteeing access to legal abortion nationwide.

There were no widespread problems with ballots or voter intimidation reported around the country, though there were hiccups typical of most Election Days.

Voters also were deciding high-profile races for Senate or governor in places such as Pennsylvania, Nevada, Wisconsin, Arizona and Michigan. Contests also were on the ballot for secretaries of state, roles that typically generate little attention but have come under growing scrutiny as GOP contenders who refused to accept the results of the 2020 campaign were running to control the management of future elections.

In the first national election since the Jan. 6 insurrection, some who participated in or were in the vicinity of the attack on the U.S. Capitol were poised to win elected office, including several running for House seats.

In Ohio, Rep. Marcy Kaptur defeated Republican J.R. Majewski, who was at the U.S. Capitol during the deadly riot and who misrepresented his military service.

All House seats were up for grabs, as were 34 Senate seats — with cliffhangers especially likely in Pennsylvania, Georgia and Arizona.

Thirty-six states were electing governors. The GOP faced unexpected headwinds in flipping the governor’s office in conservative Kansas. Democrats, meanwhile, were nervous about their prospects in the governor’s race in Oregon, typically a liberal bastion.

Democrats easily repelled Republicans backed by Trump in several left-leaning states, while tougher tests that could decide control of Congress and the future of Biden’s presidency awaited in more competitive territory.

Healey bested Geoff Diehl in Massachusetts and Moore beat Dan Cox in Maryland, while Illinois Gov. J.B. Pritzker defeated state Sen. Darren Bailey. Bolduc, Cox and Bailey were among the far-right Republicans that Democrats spent tens of millions of dollars to bolster during the primaries, betting they would be easier to beat in general elections than their more moderate rivals.

An especially strong election for the GOP could put pressure on Biden to opt against a reelection run in 2024. Trump, meanwhile, may try to capitalize on GOP gains by formally launching another bid for the White House during a “very big announcement” in Florida next week.