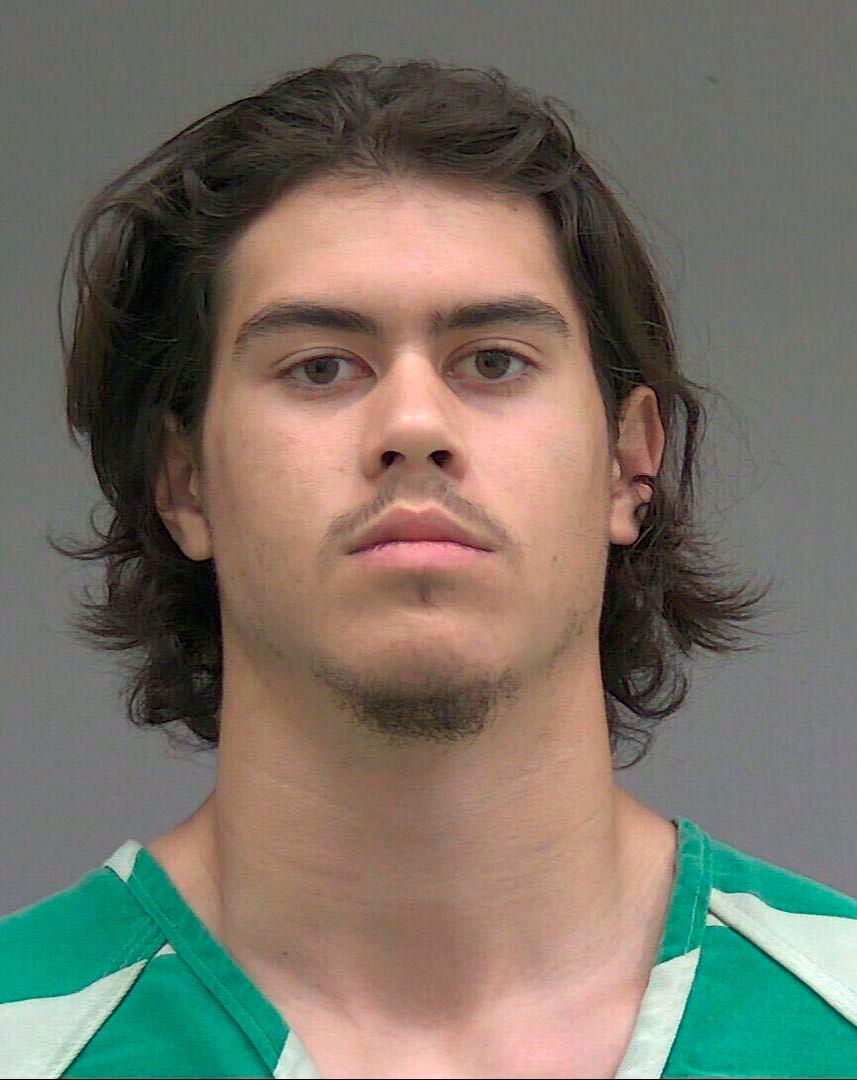 University of Florida redshirt freshman quarterback Jalen Kitna was released from Alachua County Jail Thursday evening, a day after he was arrested on five charges related to child pornography that included an image of a prepubescent female and adult male.

Kitna’s first appearance from Alachua County Jail was shown on a closed-circuit video feed at the county courthouse, where lawyers debated his bond amount and conditions of release. He stood for 75 minutes visibly distraught. Kitna alternately bowed his head with clenched fists before him, placed his head in his hands, running his fingers through his hair or stood staring wide-eyed into the camera.

Kitna lightly sobbed into his hands when his mother Jennifer, in court with her husband, asked Rawls to release her son to their custody. The Kitnas promised to supervise their son back at their Burleson, Texas, home and accompany him to Gainesville for future court appearances.

Jon Kitna tapped his feet continuously during the hearing and at one point rubbed his hands up an down his things while arching his neck, with eyes closed. The family’s pastor, Kevin Sides, and his wife also were in court to support the 19-year-old.

Whenever Rawls asked Jalen Kitna if he understood something, he replied with a muted, “Yes.”

Kitna was draped in a green gown rather than wearing a jail-issued green-and-white short-sleeved shirt and pants with an elastic waist, indicating concerns about his welfare. He appeared in normal jail attire during his mugshot Wednesday.

One of the five images of child pornography Kitna possessed and shared showed a prepubescent girl engaged in a sex act with an adult man, said a Gainesville Police Department report released Thursday.

Kitna also shared another photo of a pubescent female exposing herself.

Both images were shared June 21 on the website messaging system at Discord.com, leading the website to flag and cancel Kitna’s account, according to the GPD report. The National Center for Missing and Exploited Children received a “CyberTip” two days later from the site, the report said. GPD opened a case in July.

After Kitna’s electronic devices were seized, investigators discovered two images of nude pubescent juveniles in the shower. This led to Kitna’s arrest.

Gainesville attorney Ron Kozlowski did not have a timetable for his client’s expected release or the next steps in the state’s case against him.

Kitna faces two second-degree felony charges for distribution of child exploitation material, each carrying a bond of $25,000, and three counts of possession of child pornography, third-degree felonies each demanding a $10,000 bond.

A nonrefundable 10% payment is required for release.

“We’ll talk to the family about the way they want to handle it,” Kozlowski said. “Right now, we’re not really that much considering how to handle the case as much as trying to get Jalen the love and support he needs right now. We’ll get to the case in due time. But right now, that’s our focus.”

Kozlowski associate Caleb Kenyon argued Kitna should not have to post bond and be released to his parents on his own recognizance. Assistant Alachua County State Attorney Celeste Ramirez argued precedence required a bond for Kitna.

“Our reading of the law is that’s what’s appropriate,” Kozlowski said. “The judge disagreed.”

The next step will be determined by the State Attorney’s office, which will decide how to proceed.

The 6-foot-4, 208-pound Kitna is a 3-star recruit out of Burleson who appeared in four games with the Gators this season.