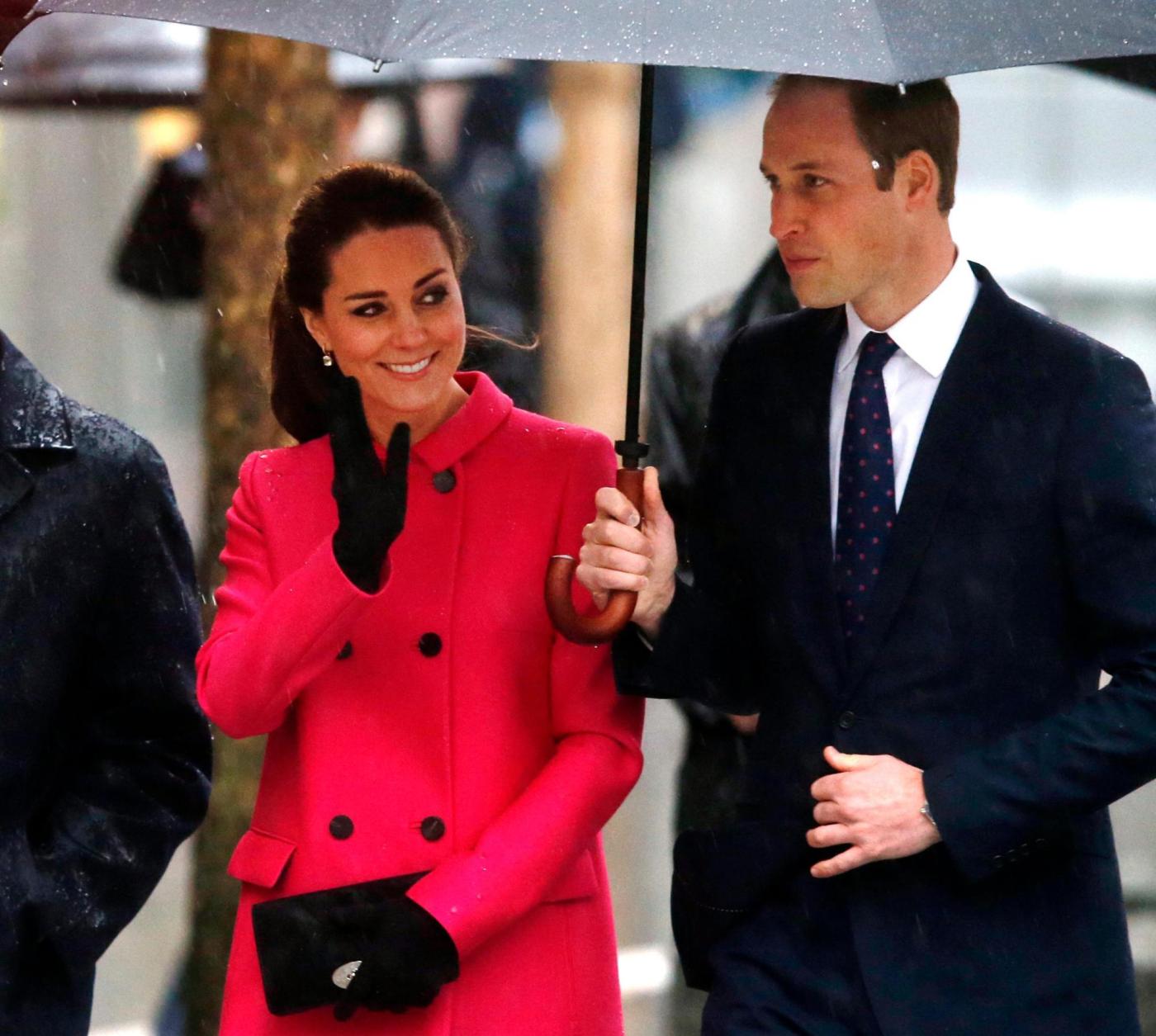 BOSTON (AP) — The first overseas trip by the Prince and Princess of Wales since the death of Queen Elizabeth II began Wednesday, an occasion to show the world as much about who they are not as who they are.

With their three-day visit to Boston, focused on Prince William’s initiative to find the environmental entrepreneurs of a new generation, supplemented with trips to an anti-poverty program, child development researchers and local flood defenses, the couple hope to demonstrate that they aren’t the last remnants of a dying institution. Instead, Americans will see the younger face of a monarchy that is tackling important issues as it seeks to remain relevant in modern, multicultural Britain.

Upon landing, William thanked local residents “for their many tributes paid to the late queen,” noting that his grandmother recalled her 1976 bicentennial visit to Boston “with great fondness.”

The visit comes less than three months after the death of Elizabeth, whose personal popularity dampened criticism of the crown during her 70-year reign. King Charles III, William’s father, has made clear that his will be a slimmed-down monarchy, with less pomp and ceremony than its predecessors.

“I think this is less about saving the Earth and more about saving the royal family,’ Boston University professor Arianne Chernock, an expert in modern British history, said. “To be honest, we’ve seen Charles as king and his first months in that position trying to feel his way, find his way towards being a more relevant, more modern monarch. And I think we see something similar happening with William and Kate.’

Part of that reset involves reclaiming the hearts and minds of people in America, where William’s younger brother, Prince Harry, and sister-in-law, Meghan, have dominated the media since moving to California in 2020. Harry and Meghan have criticized the royal family for alleged racism and insensitive treatment and built their own media profile by making films and podcasts for Netflix and Spotify.

The trip got off to a rocky start when a lady in waiting to the late Queen Elizabeth apologized and resigned over allegations that she asked a prominent Black advocate for survivors of domestic abuse where she “really came from,” despite her insistence she was a British national.

Britain’s Press Association and a number of other media outlets in Britain identified the woman who made the remarks as Lady Susan Hussey, who served the monarch for more than 60 years. She is also a godmother to the Prince of Wales.

The Netflix series “The Crown” has also resurrected some of the more troubled times of the House of Windsor, including the collapse of Charles’ marriage to the late Princess Diana, William’s mother, amid mutual allegations of infidelity.

But William and Kate are keen to tell a different story, about their work on environmental issues, mental health and early childhood education.

During a gala concert celebrating the queen’s Platinum Jubilee in June, William delivered a speech highlighting his grandmother’s and father’s pioneering work on the environment, as images of jungles and oceans were projected on the walls of Buckingham Palace behind him.

Kate last week wrote an opinion piece on the need to improve the lives of young children that appeared in The Daily Telegraph, one of Britain’s most influential newspapers, alongside a photo of the princess sitting cross-legged among a group of elementary school students.

“Over the past 10 years, talking to a wide range of experts about how we deal with societal issues like poor mental and physical health, I have become more and more sure of one thing: If we are going to create a healthier and happier society for future generations, we must start by understanding and acknowledging the unique importance of the first five years of life,” she wrote.

William and Kate’s last visit to the United States was in 2014, not long after their wedding. During that trip, the glamorous young couple were feted as they toured the eastern U.S.

Eight years later, now in their 40s and with three young children, the prince and princess are finally having a return engagement.

The choice of Boston, the birthplace of President John F. Kennedy, as their destination is symbolic. Kennedy’s 1962 speech setting out the goal of putting men on the moon by the end of that decade inspired William’s Earthshot Prize, aimed at finding solutions to climate change and other environmental problems by the end of this one.

On Wednesday, well wishers held signs and waved the Union Jack in the rain outside City Hall, where William and Kate were to meet with Boston Mayor Michelle Wu and visit the John F. Kennedy Memorial Library and Museum with the late president’s daughter, Caroline Kennedy.

Pamela Spencer, a teacher from Rhode Island, gathered with her two sisters in hopes of giving William and Kate a bouquet of flowers.

“I’m a really big monarchist and love what they are doing. They are following in the footsteps of her late majesty. I’m really here to show them they have a lot of support in New England,” she said.

Andrew Warburton, another school employee, grew up in Bristol, England, but had never before seen the royal family.

“There is something about seeing a member of the royal family that is very special. It’s hard to describe. It’s similar to seeing the Pope or something,” said Warburton, of Providence, Rhode Island.

Later in the week, William and Kate will visit Roca Inc., highlighting the racial equity group’s efforts to improve the lives of young people by addressing issues such as poverty, incarceration and trauma from urban violence. They will also visit Harvard University’s Center on the Developing Child, a leader in research into the long-term impact of early childhood experiences.

But throughout the trip, William’s eye will be on the Earthshot Prize.

By focusing on the environment and climate change in particular, the royals are likely to strike a nerve in the U.S., where many people still deny the existence of human-made global warming, said author, social commentator and Washington Post contributor Sally Quinn. The ability of the royals to shine a light on the issue and fuse their fame with entertainers such as Billie Eilish, who is set to headline the awards show, is likely to make people pay attention.

If nothing else, it will put a face to the issue and make it more graspable than the technical presentations of scientists, Quinn said.

The winners are set to be announced Friday at Boston’s MGM Music Hall as part of a glitzy show headlined by Eilish, Annie Lennox, Ellie Goulding and Chloe x Halle. The show will also feature videos narrated by naturalist David Attenborough and actor Cate Blanchett.

The ceremony is scheduled to be broadcast Sunday on the BBC in the U.K., PBS in the U.S. and Multichoice across Africa.

“We’re in this moment where there are lots of possibilities for how the royal family imagines itself going forward, and everyone really does feel that Kate and William are the future of this institution,’ Chernock said. “And so we have to pay really careful attention to the ways, in the absence of Queen Elizabeth, that they present themselves to the public anew.”