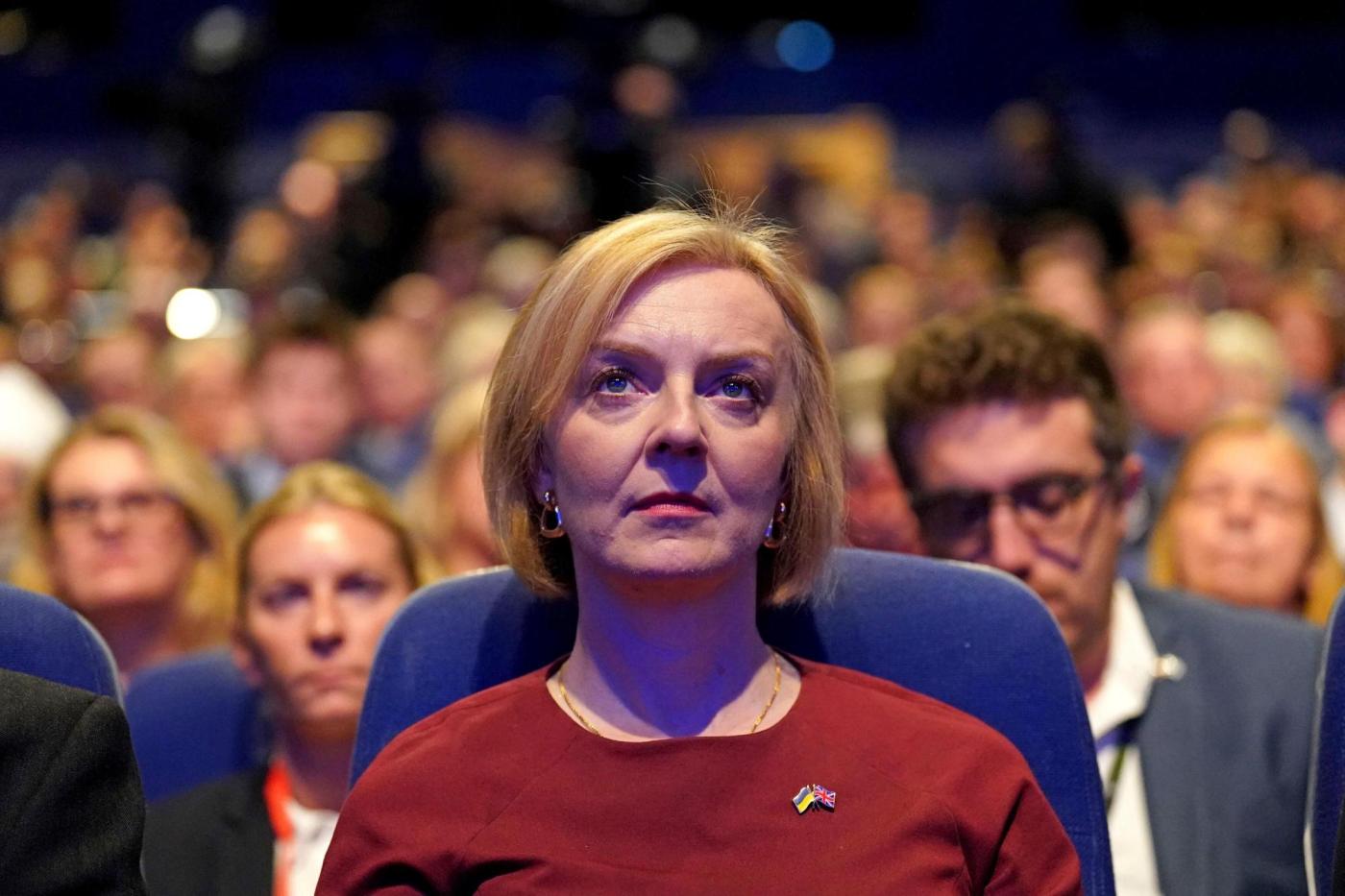 BIRMINGHAM, England (AP) — The British government on Monday dropped plans to cut income tax for top earners, part of a package of unfunded cuts unveiled only days ago that sparked turmoil on financial markets and sent the pound to record lows.

In a dramatic about-face, Treasury chief Kwasi Kwarteng abandoned plans to scrap the top 45% rate of income tax paid on earnings above 150,000 pounds ($167,000) a year.

He and Prime Minister Liz Truss have spent the last 10 days defending the cut in the face of market mayhem and increasing alarm among the governing Conservative Party.

“We get it, and we have listened,” Kwarteng said in a statement. He said “it is clear that the abolition of the 45p tax rate has become a distraction from our overriding mission to tackle the challenges facing our country.”

The pound rose after Kwarteng’s announcement to around $1.12 — about the value it held before the Sept. 23 budget announcements.

The U-turn came after a growing number of Conservative lawmakers, including former ministers with broad influence, turned on the government’s tax plans.

“I can’t support the 45p tax removal when nurses are struggling to pay their bills,” Tory lawmaker Maria Caulfield said.

It also came hours after the Conservatives released advance extracts of a speech Kwarteng is due to give later Monday at the party’s annual conference in the central England city of Birmingham. He had been due to say: “We must stay the course. I am confident our plan is the right one.”

Truss defended the measures Sunday but said she could have “done a better job laying the ground” for the announcements.

She also said the decision to abolish the top tax rate had been taken by Kwarteng alone. On Monday, Truss’ spokesman said the prime minister still had confidence in her embattled Treasury chief.

Truss took office less than a month ago, promising to radically reshape Britain’s economy to end years of sluggish growth. But the government’s announcement of a stimulus package that includes 45 billion pounds ($50 billion) in tax cuts, to be paid for by government borrowing, sent the pound tumbling to a record low against the dollar.

The Bank of England was forced to intervene to prop up the bond market, and fears that the bank will soon hike interest rates caused mortgage lenders to withdraw their cheapest deals, causing turmoil for homebuyers.

The package proved unpopular, even among Conservatives. Reducing taxes for top earners and scrapping a cap on bankers’ bonuses while millions face a cost-of-living crisis driven by soaring energy bills was widely seen as politically toxic.

Truss and Kwarteng insist that their plan will deliver a growing economy and eventually bring in more tax revenue, offsetting the cost of borrowing to fund the current cuts. But they also have signaled that public spending will need to be slashed to keep government debt under control.

Monday’s change of direction lifts some of the political pressure on the government from inside the Conservative Party, but it still faces skepticism from markets and economists and mounting public opposition to the worsening cost-of-living squeeze.

Paul Johnson, director of the Institute for Fiscal Studies think tank, said that unless Kwarteng “also U-turns on some of his other, much larger tax announcements, he will have no option but to consider cuts to public spending: to social security, investment projects or public services.”

Kwarteng has promised to set out a medium-term fiscal plan on Nov. 23, alongside an economic forecast from the independent Office for Budget Responsibility.

Axing the top-earners tax rate would have cost about 2 billion pounds, a small share of the government’s overall tax-cutting plan. Kwarteng said Monday that the government was sticking to its other tax policies, including a cut next year in the basic rate of income tax and a reversal of a corporation tax hike planned by the previous government.

Tony Danker, who heads business group the Confederation of British Industry, said he hoped the government U-turn would bring stability to the markets.

“None of this growth plan will work unless we have stability. Let’s hope this is the beginning of it,” he told broadcaster LBC.