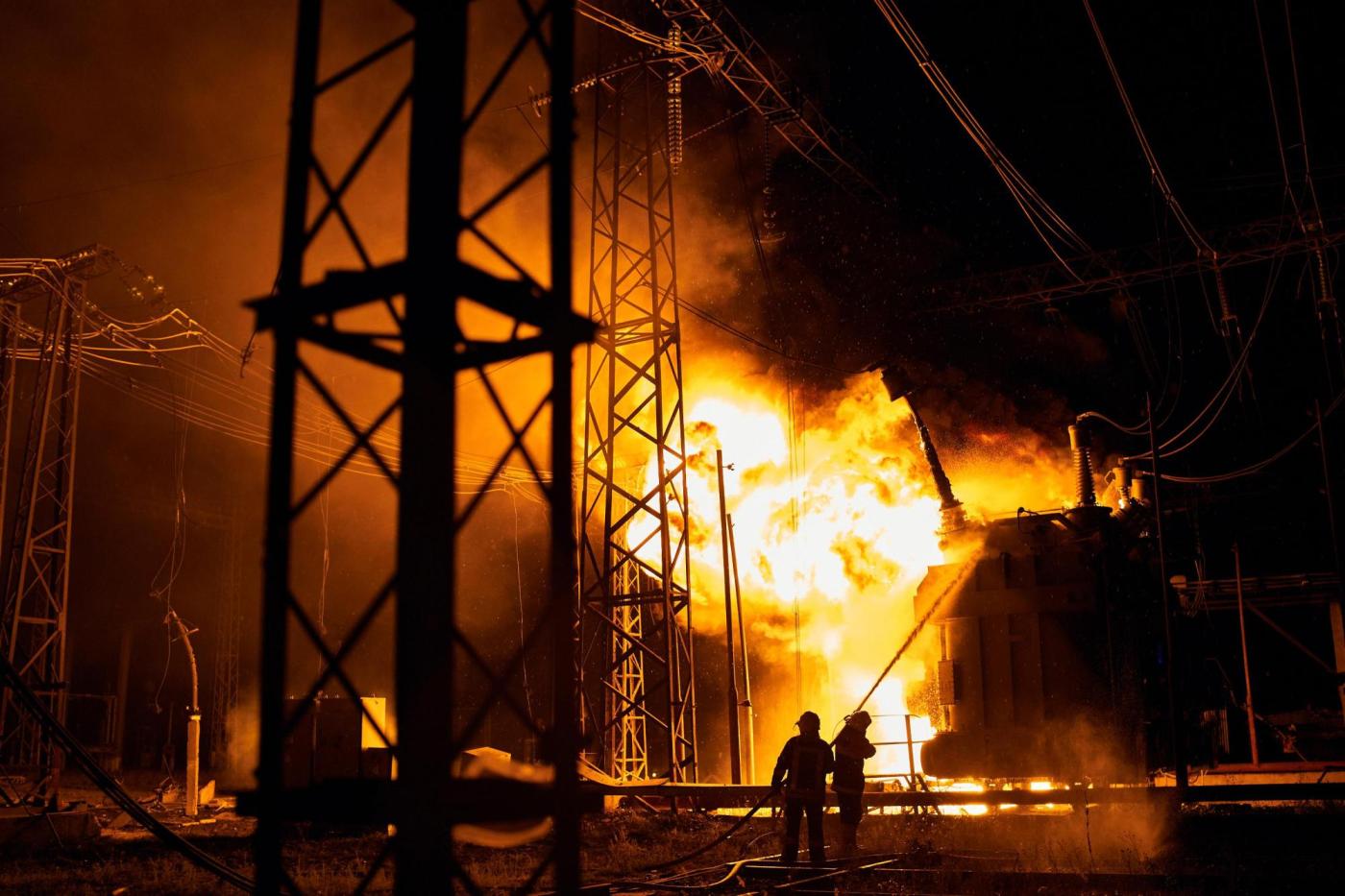 KHARKIV, Ukraine — Ukrainian troops expanded their territorial gains Monday by pushing all the way to the country’s northeastern border in places and claimed to have captured many Russian soldiers as part of the lightning advance that forced Moscow to make a hasty retreat.

A spokesman for Ukrainian military intelligence said Russian troops were surrendering en masse as “they understand the hopelessness of their situation.” A Ukrainian presidential adviser said there were so many POWs that the country was running out of space to accommodate them.

Blue-and-yellow Ukrainian flags fluttered over newly liberated towns in the wide swath of reclaimed land. The Ukrainian military said it had freed more than 20 settlements in 24 hours. In recent days, Kyiv’s forces have captured territory at least twice the size of greater London, according to the British Defense Ministry.

After months of little discernible movement on the battlefield, the momentum has lifted Ukrainian morale and provoked rare public criticism of Russian President Vladimir Putin’s war.

“In some areas of the front, our defenders reached the state border with the Russian Federation,” said Oleh Syniehubov, governor of the northeastern Kharkiv region.

The Russian Defense Ministry acknowledged the setback, saying over the weekend that troops would be pulled from two areas in that region to regroup in the eastern region of Donetsk.

There were reports of chaos as Russian troops pulled out.

“The Russians were here in the morning. Then at noon, they suddenly started shouting wildly and began to run away, charging off in tanks and armored vehicles,” Dmytro Hrushchenko, a resident of recently liberated Zaliznychne, a small town near the eastern front line, told Sky News.

Video taken by the Ukrainian military showed soldiers raising the Ukrainian flag over battle-damaged buildings. In one scene, a fighter wiped his boots on a Russian flag on the ground. Other videos showed Ukrainians inspecting the wreckage of Russian military vehicles, including tanks.

In his evening address to the nation, Ukrainian President Volodymyr Zelenskyy said his forces have liberated more than 6,000 square kilometers in the east and the south since the beginning of September.

Now Ukrainian teams are disarming land mines and other unexploded weapons in the recaptured areas and searching for any remaining Russian troops, officials said.

It was not yet clear if the Ukrainian blitz could signal a turning point in the war. Momentum has switched back and forth before, but rarely with such a big and sudden swing.