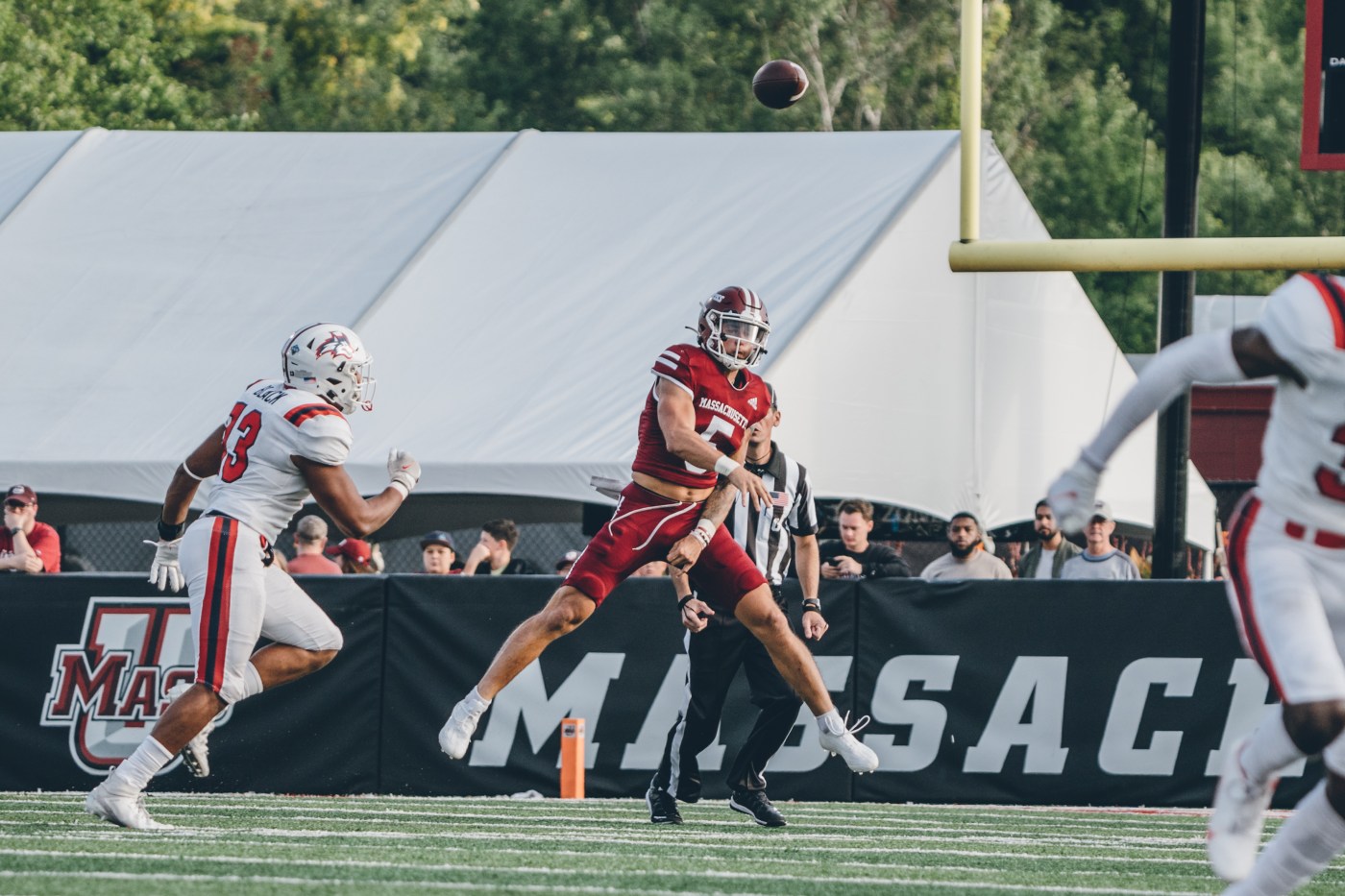 UMass quarterback Gino Campiotti is more than a complementary component to the Minutemen’s expanding ground attack.

The 6-3, 215-pound redshirt junior from Manteca, Calif., has shifted his dual-threat capabilities more towards improvised and designed runs. Campiotti leads the Minutemen with 195 rushing yards and a touchdown on 40 carries through three games.

Campiotti and featured tailback Ellis Merriweather combined for 148 rushing yards on 31 carries in the Minutemen’s 20-3 victory over Stony Brook in the home opener last Saturday at McGuirk Stadium.

That same tandem will likely be at the point of attack when UMass (1-2) engages the Temple Owls (1-2) on Saturday (2 p.m.) at Lincoln Financial Field in Philadelphia.

“I would say we all complement each other very well,” said Campiotti. “We’ve run the quarterback in really a run heavy offense so far.

“I think that it throws a lot of loops into conventional football in what people expect to be happening. I think we do it for each other and it works really well for us.”

Campiotti was granted more leeway to throw strategic short passes against Stony Brook. Campiotti completed 10-of-15 for 90 yards, including an 18-yard touchdown toss to Cam Sullivan-Brown on UMass’ opening drive.

There are two factors in play as UMass looks to expand its passing offense. Campiotti has started to find chemistry with his stable of pass catchers, with Sullivan-Brown and George Johnson his primary targets.

Campiotti’s ability to run to space and grapple for hard yards eventually gains the respect of the opposing secondary, a risky tact that can open up the passing game.

“We run the ball so much we get defensive players to bite and that allows short pass plays to open up,” said Campiotti. “That is a huge part of our scheme and we eventually want to throw it over your head.”