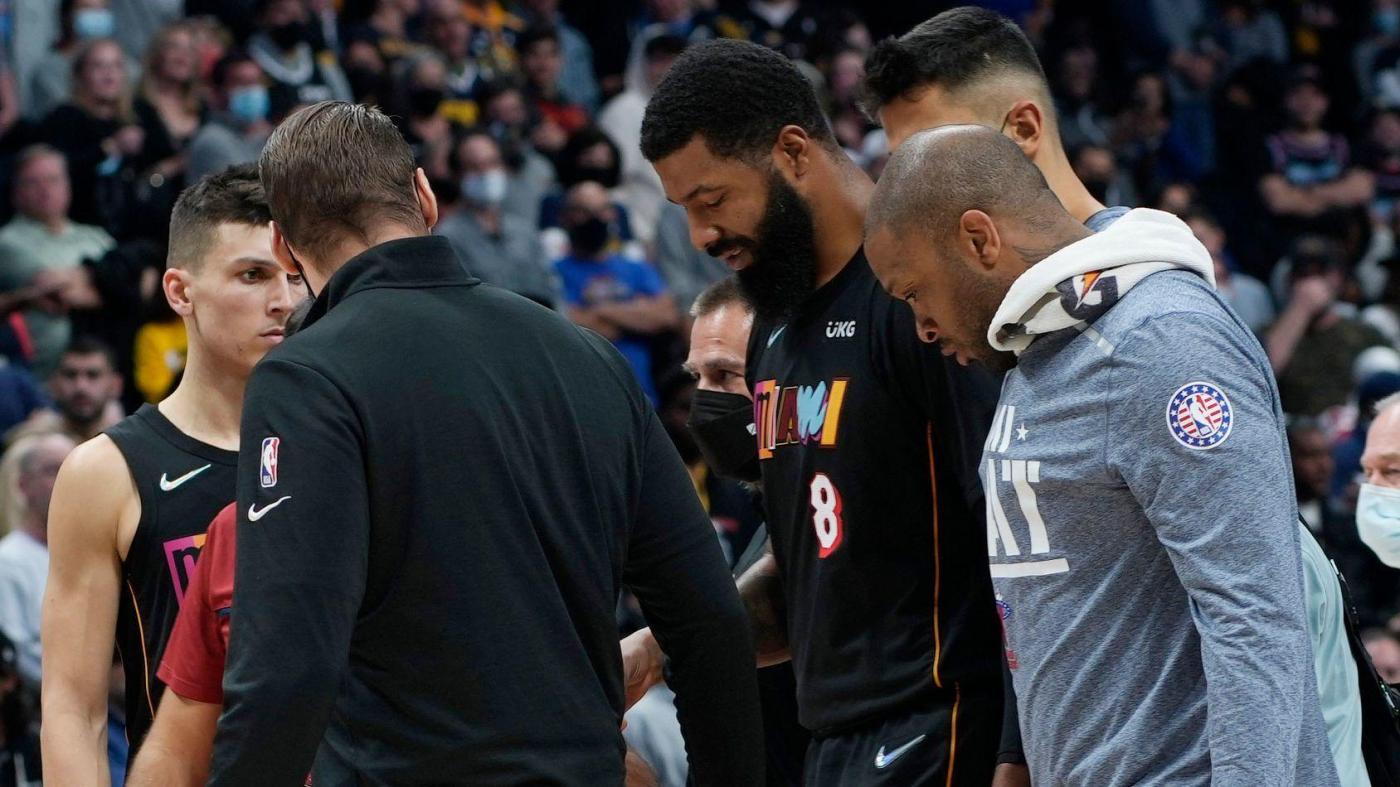 In a sport far less violent, the Miami Heat last season waited in terms of months for the type of return that quarterback Tua Tagovailoa made in days this week for the Miami Dolphins.

While the whiplash suffered by forward Markieff Morris differed from what the Dolphins termed a back injury for Tagovailoa on Sunday, the NBA still sidelined Morris for four months last season before he returned in March, out of an abundance of caution for that neck injury. Tagovailoa was back on the field for Thursday night’s road loss to the Cincinnati Bengals, when he suffered what has been reported as neck and head injuries that left him hospitalized.

Morris several times last season pushed to return ahead of his formal NBA clearance, at one point working out with former NBA players at a South Florida gym while still barred by the NBA from practicing at the Heat’s facilities.

Unlike Tagovailoa and the harsh hits endured Sunday against the Buffalo Bills and then Thursday against the Bengals, Morris’ injury did not occur during the course of play, but rather from a shove from behind during a November skirmish with Denver Nuggets center Nikola Jokic. Both players were penalized by the NBA for that incident.

Heat coach Erik Spoelstra on Friday bristled at the blame game that is played in the wake of such injuries.

“We were all watching the game last night, together, as a team,” Spoelstra said, as his team continues camp at the Baha Mar resort. “And you just don’t like to see any players go down, from any kind of circumstance.

“Everybody’s looking to blame immediately when something happens. We don’t have all the information. I don’t think that’s fair to jump to all these different conclusions. Teams and medical staffs are very responsible. Not every situation is the exact same thing. So there are protocols in both of our leagues that you have to adhere to.”

Heat captain Udonis Haslem, a lifelong Dolphins fan, said he was “scared” when he saw Tagovailoa go down Thursday, but also appreciates an athlete’s will to attempt to persevere.

“It’s a fine line,” he said. “It’s a very fine line. I think you want your guys out there and you want to compete at the highest level, but you also have to protect the health and the safety of the players.”

In order to return last season, Morris had to receive clearance from the NBA’s Fitness To Play Panel. That panel is made up of an NBA doctor, a doctor representing the National Basketball Players Association, and an independent physician.

The NBA was particularly concerned because Morris had sustained a neck injury in 2019 while playing for the Washington Wizards.

The Heat had hoped to get Morris back sooner than his March return, with Spoelstra at the time calling the protocols “a tedious process.”

But Spoelstra said Friday he also appreciates the level of concern.

“Each situation is different,” he said. “So you can’t really compare the situations. You try to follow the protocols and do what’s best for the athlete.”

“Everybody’s looking to blame somebody. Injuries are unfortunate and you have to treat them on a case-by-case basis.

“I think everything is trending in the right direction by trying to be responsible for players’ health. But even when you do that, people are not happy.”

Amid his absence, Morris bristled at those who questioned the severity of his injury, noting on Twitter of Jokic, “It’s a real injury! Imagine having a 300 pound sloppy fat boy run full speed and make direct contact with your spine!”

The Heat have erred on the side of caution several times with serious situations with players over the franchise’s 35 seasons, including with Alonzo Mourning’s kidney illness and Chris Bosh’s blood clots.

Morris left the Heat in free agency in the offseason for the Brooklyn Nets, signing a one-year, non-guaranteed contract for the veteran minimum. He appeared in 17 regular-season games and one playoff game during his lone season with the Heat.

Jokic went on to be named the NBA’s Most Valuable Player for a second consecutive season.