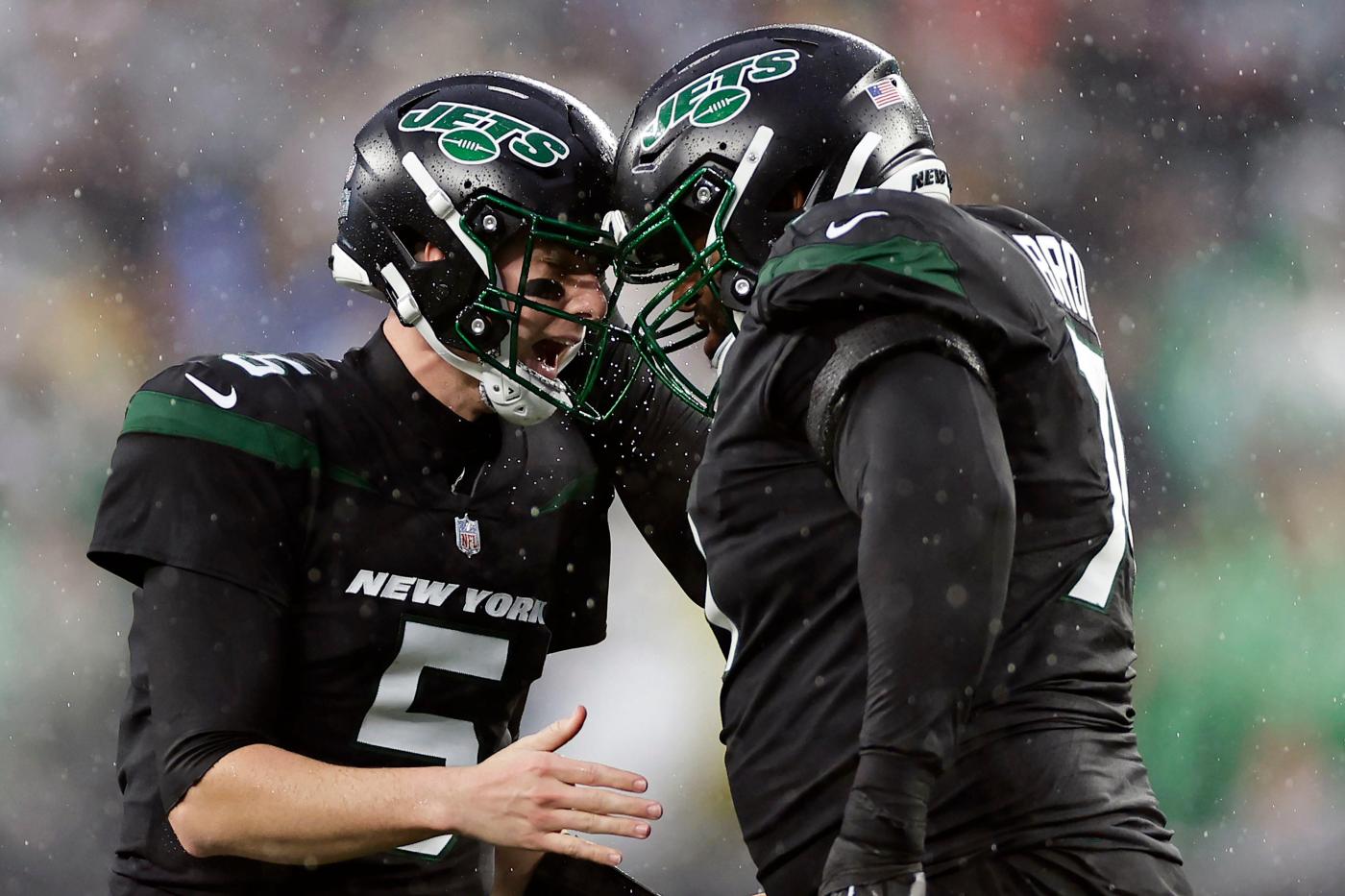 During training camp, Jets general manager Joe Douglas said his goal was to play meaningful games “down the stretch.”

“I feel like the energy that we’ve had since coming together in OTAs, how that’s progressed through OTAs, training camp, you see the progress,” Douglas said in August. “We have to go out and prove it on Sundays.”

Now the calendar has flipped to December and the Jets have been one of the biggest surprises in the NFL 13 weeks into the season. More importantly, Gang Green is 7-4 and in the seventh seed in the AFC. That means the team would qualify for the postseason if it started today.

How are the Jets handling their newfound success?

“Too much crap to do,” Jets coach Robert Saleh said jokingly. “There’s a lot of tape to watch, and when I’m not watching tape, I’ve got seven blessings and a beautiful wife to deal with. There’s not enough time to look at things you don’t have control over.

“It doesn’t mean that when you’re sitting there you don’t take a peek to see what’s ahead, but you quickly got to, like I said, you acknowledge it, and you know it’s not like it’s an elephant in the room, it’s not like you’re not going to acknowledge it, but none of it matters at the end of the day. You got to quickly refocus back to what’s important, and what’s important is this moment.”

What’s ahead for the Jets is two critical road games that could ultimately determine their playoff fate. Sunday, Gang Green will play the Vikings at U.S. Bank Stadium. Then the Jets will travel to Highmark Stadium to play the Bills.

The Green and White are just a game ahead of the Chargers for the final wild card spot in the AFC. The Jets currently have a 60.7% chance of making the playoffs, according to CBS Sports.

Obviously, those odds would plummet with losses to both the Vikings and the Bills.

The performance of Mike White, who will start his second consecutive game, could determine if the Jets make the playoffs for the first time since the 2010 season. White took over for Zach Wilson, who was benched last week after his atrocious performance against the Patriots in Week 11, where he completed only 9 of 22 passes for 77 yards and no touchdowns.

As good as the White story is, the Jets don’t need him to become the next Kurt Warner to qualify for the postseason. They also don’t need him to complete 22 of 28 passes for 315 yards and three touchdowns every week.

Gang Green needs White to be average and eliminate critical mistakes, something Wilson has had trouble with during his 20 starts in the league. With the Jets’ young defense, which is ranked fourth in yards allowed [308.8] and fifth in points allowed [17.8], and their running game, White doesn’t feel like he needs to play hero ball.

“It is crazy, but that’s the NFL,” White said. “It’s me right now, I’m sure a couple years down the road, it’ll be someone else and you can go to another team, it’s somebody else and that’s just the nature of the sport.

“Injuries happen, a lot of things happen and change so quick in this league, and you got to be ready, and you got to be prepared because when that time does come, you’ve got to be able to seize it and that’s how you can make a long career out of your journey here.”

The Jets and Bengals, also 7-4 and in sixth place in the conference, have the AFC’s toughest remaining schedule, as their remaining opponents have a 59.1 winning percentage.

The road doesn’t get any easier for the Jets following their consecutive trips to Minneapolis and Buffalo, either. Gang Green will have its final two home games against the Lions, who are ranked eighth [362.9] in offense and the Jaguars on a short week.

Then the Jets will end the year at Seattle and Miami. Players and coaches don’t want to look too far ahead, but the Jets have an excellent opportunity to end the longest playoff drought in the NFL. However, it all starts with this upcoming road trip for the Jets.

“To put ourselves in this situation to be playing games that matter this late in the season,” Jets linebacker C.J. Mosley said. “To be playing for a spot in the playoffs and playing for all those things.

“But once again, that’s the opportunity that we gave ourselves now. It’s still our job to really focus on each day and getting better and find the right things to work on to help our team improve and know when we get in these big games and playing against really good teams, try to go out there and be victorious and stick to our job and that’s execution and playing hard football.”