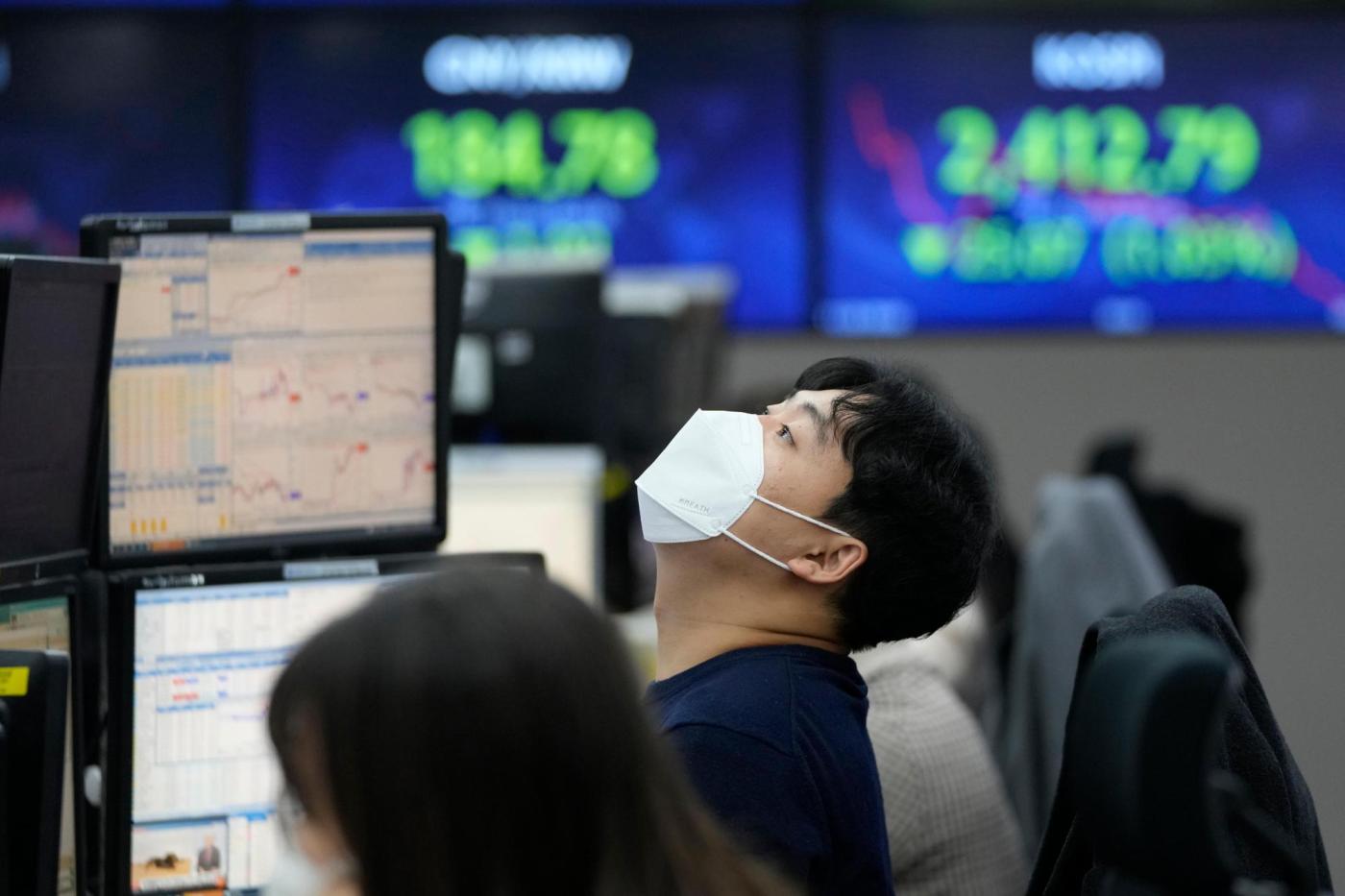 By ELAINE KURTENBACH and MATT OTT

Wall Street is heading lower ahead of Monday’s opening bell amid widespread protests in China calling for Xi Jinping to step down and an end to one-party rule.

Crude prices neared a low point for the year partially due to unrest in China, and have fallen for three consecutive weeks. Crude prices are now negative for 2022 and, after soaring above $120 in June, a barrel of benchmark U.S. crude can now be had for less than $74 per barrel.

The upheaval in China is the greatest show of public dissent against the ruling Communist Party in decades. Protestors are railing against policies aimed at eradicating the coronavirus by isolating every case, a policy that may have contributed to the death toll in an apartment fire in Urumqi in the northwestern Xinjiang region.

“For investors, when it comes to China, trying to predict with any degree the reopening certainty that has no certainty, basis, or track record to go by is looking like a dangerous game in the context of the disquieting protests and the colossal challenge China’s leaders now have on their hands,” Stephen Innes of SPI Asset Management said in a commentary.

Rising numbers of COVID-19 cases could further disrupt manufacturing and transport, adding to headaches over supply chains and inflation.

Apple fell almost 2% in premarket trading as the China manufacturing closures have hit the iPhone maker especially hard. Apple had been warning of shortages for its latest model, the iPhone 14, since early this month. Analysts now say those shortages could be even worse than previously thought.

Dan Ives of Wedbush Securities said Monday that disruptions in China could cut the number of available Apple’s iPhone 14 models between 5% and 10% this quarter, with some Apple stores seeing inventory shortages of up to 40%.

“The reality is that Apple is extremely limited in their options for holiday season and are at the mercy of China’s zero Covid policy which remains a very frustrating situation for Apple as well as the Street,” Ives wrote in a note to clients.

Casino operators in China who also have been negatively impacted by China’s strict COVID-19 policies finally got some good news as Macao tentatively renewed the casino licenses of MGM Resorts, Las Vegas Sands and Wynn Resorts. Shares in the Las Vegas-based companies all rose between 2% and 6% in premarket.

Shares in telecoms equipment maker ZTE fell 4.2% after U.S. regulators banned sales of its products in the U.S.

The Federal Communications Commission said Friday it was banning the sale of communications equipment made by ZTE and Huawei Technologies and restricting the use of some China-made video surveillance systems, citing an “unacceptable risk” to national security.

There are a number of highly anticipated economic indicators coming out this week. The Conference Board business group will release its report on consumer confidence and the U.S. releases its data on November employment on Friday.

Anxiety is riding high over the ability of the Federal Reserve to tame the hottest inflation in decades by raising interest rates without going too far and causing a recession.

The central bank’s benchmark rate currently stands at 3.75% to 4%, up from close to zero in March. It has warned it may have to ultimately raise rates to previously unanticipated levels to rein in high prices on everything from food to clothing.

Federal Reserve Chair Jerome Powell will speak at the Brookings Institution about the outlook for the U.S. economy and the labor market on Wednesday.

U.S. benchmark crude oil slid $2.40, falling to $73.88 per barrel on the New York Mercantile Exchange, and has now fallen for three consecutive weeks.

Brent crude, which is used to price oil for international trading, sank $2.60 to $81.11per barrel.